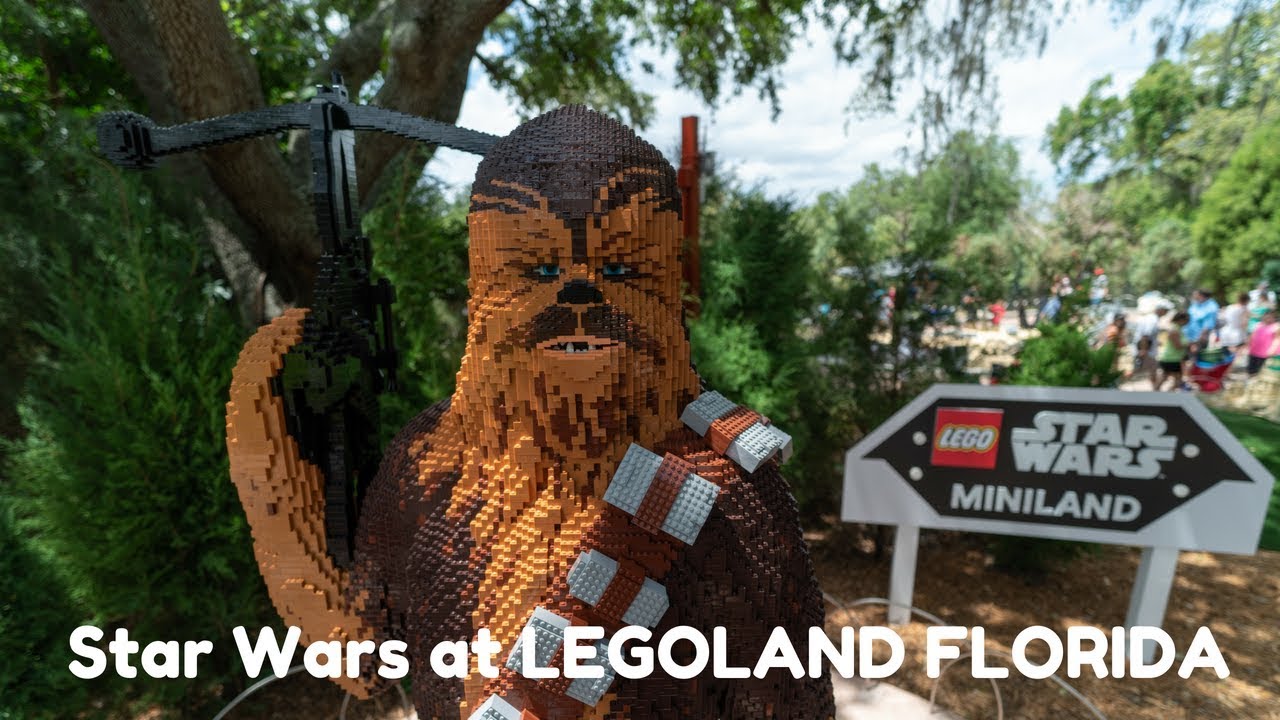 The Stormtrooper Fan's Guide to Star Wars Attractions in Orlando

With all the hype surrounding the release of new “Star Wars” films, fans are looking for ways to experience their favorite saga set a long time ago in a galaxy far away.

In a galaxy a little closer to home, Star Wars fans will find plenty to see and do - all in the heart of the Sunshine State. Here are just some of the Star Wars attractions in Orlando you and the family can experience in Florida.

Disney’s Hollywood Studios has become the epicenter for all things “Star Wars” attractions at the Walt Disney World Resort. Here’s a brief look at the attractions and characters you’ll find at the park.

This Will Be A Vacation Long Remembered

Blast off on a thrilling tour of the Star Wars galaxy aboard a Starspeeder.

On Star Tours - The Adventures Continue, guests will tour the “Star Wars” galaxy aboard a Starspeeder 1000. The 3D motion-simulated space adventure sends guests through famous spots in the “Star Wars” universe, such as Hoth, Tatooine and Naboo. A sequence involving characters and locations from "Star Wars: The Force Awakens" has recently been added to the ride. The best part? The ride has multiple story combinations, so almost every ride is different.

Jedi Training: Trials of the Temple

Young guests between the ages of 4-12 get the chance become Jedis in training at Jedi Training: Trials of the Temple, an interactive show that has new recruits learning the ways of the Force and eventually crossing lightsabers with Darth Vader and the Seventh Sister.

Insider Tip: Be sure to get to the park as soon as it opens so that you can sign up for the experience as the slots fill up fast.

Younglings train to protect themselves against the Dark Side in "Jedi Training: Trials of the Temple."

Have you ever wanted to meet Kylo Ren or Chewbacca? You can at Star Wars Launch Bay. Here you’ll find movie props from the “Star Wars” films, play games, watch videos and meet some of your favorite characters. Star Wars Launch Bay also has a great gift shop fill with everything from lightsabers to authentic, show quality costumes.

Insider Tip: You'll usually find a few Jawas wandering inside the cantina area of Star Wars Launch Bay and they're always looking to make a trade. Be sure to bring a few trinkets with you to trade, but be warned, you never know what they'll try to trade with you.

Darth Vader, Boba Fett, Chewbacca and more of your favorite characters from the 'Star Wars' universe take to the stage in a live show that retells some of the most iconic scenes from the series.

Insider Tip: Arrive at least 10 minutes early for the show. The area fills up fast and it is standing room only.

Star Wars: Path of The Jedi

Relive the excitement of the “Star Wars” film franchise at Star Wars: Path of the Jedi, a 10-minute retelling of the saga and a peek at “Star Wars: The Force Awakens.”

Symphony in the Stars: A Galactic Spectacular

End the day with “Star Wars”-inspired fireworks at “Symphony in the Stars: A Galactic Spectacular.” The show is set to Academy Award-winning composer John Williams’ classic “Star Wars” themes. Disney is planning for an even bigger nighttime spectacular with a new Star Wars: A Galactic Spectacular. This new show, opening June 2016, will feature projection effects, dynamic lighting, lasers and pyrotechnics.

You’ll find the largest assortment of toys and games in all of Walt Disney World Resort at Once Upon a Toy at Disney Springs, including a whole room filled with “Star Wars” merchandise. One of the more interesting “Star Wars” souvenirs in the store is something you have to build yourself.

Star Wars Half Marathon - The Dark Side

Enjoy a weekend of “Star Wars”-themed runs with the Star Wars Half Marathon at the Walt Disney World Resort. Like other runDisney events, the races will route runners through the Disney theme parks, only this time with special “Star Wars” surprises along the way. The weekend has events for all ages and skill levels from the Star Wars Dark Side Challenge, a two-day, 19.3 mile-run, to runDisney Kids Races for the smallest Padawans.

See the world of “Star Wars” come to life in millions of your favorite building bricks. LEGOLAND Florida’s MINILAND USA area, which contains more than 32 million LEGO bricks, features famous landmarks and scenes from around Florida, the United States and the world, all constructed with the tiny plastic bricks. The area also features a LEGO Star Wars area, where you find life-sized replicas of Darth Vader, Darth Maul and R2-D2, along with famous scenes from the “Star Wars” films built to 1:20 scale.

On May 6-7 and 13-14, 2017, LEGO and "Star Wars" fans can take part in LEGO Star Wars Days at LEGOLAND Florida. The weekend will include appearances by costumed Star Wars fans, LEGO building activities inspired by Star Wars characters, settings and stories, and a Star Wars-themed costume parade for kids. Read more about the weekend here.

LEGOLAND Florida guests can enjoy some of the most famous scenes from the 6 Star Wars films - all made out of 1.5 million LEGO® bricks built in 1:20 scale.

While there are plenty of attractions for “Star Wars” fans now, the galaxy is about to get bigger. Disney’s Hollywood Studios will undergo a major expansion in the form of a “Star Wars land” that will boast new attractions, shops and restaurants themed around the new films that will be released in the coming years. Disney has announced two signature attractions for the future land - one that sends you on a secret mission and puts guests behind the controls of the Millennium Falcon, and an adventure that has guest placed in the middle of a battle between the First Order and the Resistance.