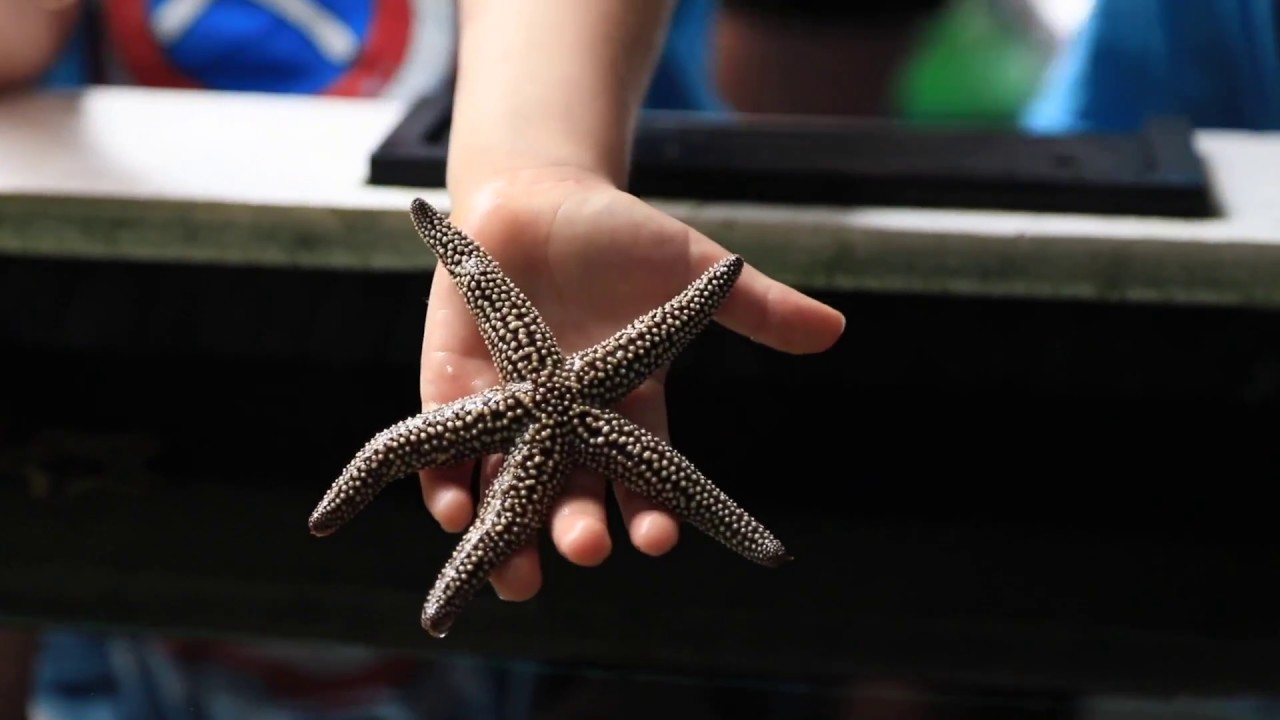 Even if you’ve never been to Wakulla County, chances are you’ve seen it before. Maybe it was when Mike Rowe of “Dirty Jobs” headed to Sopchoppy to learn how to “grunt for worms.”

Or, since both were shot in the cool, clear waters of Wakulla Springs, perhaps it was when Johnny Weissmuller outswam an angry hippopotamus in a classic Tarzan film or when “The Creature from the Black Lagoon” crept out from his underwater lair.

Whether it’s a film crew or you; whether it’s 1937 or now, come to Wakulla County and you’ll find natural beauty, rural communities, and a sense of mystery and history that still prevails in this north Florida county.

As Clear as the Air

It’s impressive that just south of the country cosmopolitan city of Tallahassee is a place of shimmering springs, lonely backroads, and a sprawling wildlife refuge. In a way, Wakulla County is also a refuge for people since just three towns and 16 unincorporated communities fill in its 736 square miles. (A map reveals 73 percent remains natural lands with 85 percent of it natural coastline).

For most travelers, the highlight is Wakulla Springs. Here in the middle of a forest 16 miles south of the state capital the world’s largest freshwater spring is pumping out 250-300 million gallons of chilled, crystal-clear water daily. From the shore, you’re looking at a pool that floats across three acres and fans out into cypress trees lining the spring and the adjoining Wakulla River.

There’s a splendid beach here along with a multi-level diving platform and swimming area, but even if you swam in the skin-tingling 70-degree water directly above the mainspring, odds are you couldn’t see the bottom more than 180 feet below you. Another thing you won’t see is the skeleton of a mastodon, and that’s simply because the one that was here is now in Tallahassee’s Museum of Florida History. Really. In 1931, divers found a nearly intact skeleton of a thirsty mastodon that came for a drink and had the misfortune to fall in -- 25,000 years ago. Divers can still see the remains of other mastodons at a depth of 120 feet.

In Wakulla County, you’ll find natural beauty, rural communities, and a sense of mystery and history.

Swimming in the magnificent pool is only the beginning. From the shore, passengers board pontoon boats for a guided nature tour into the lush, jungle-lined waterway. Chances are you’ll see alligators, osprey, anhingas, limpkins and other waterfowl as well as alligators and turtles enjoying their day in the sun.

If you have the time, definitely spend more time here. Perched above the spring is the lovely 1937 Spanish-Mediterranean Wakulla Lodge. Inside, hand-painted Moorish-style beams decorate the ceiling, the Edward Ball Dining Room serves comfort foods such as fried chicken, navy bean soup, and farm-to-table side dishes, and there’s even a soda fountain where you can sip a popular concoction called a “ginger yip.” Made with ice cream, whipped cream, and ginger ale. Rates at the 27-room inn range from about $129 to $159 per night, and while this is no Ritz-Carlton, I doubt any Ritz-Carlton enjoys a location such as this.

Florida’s State Parks are about the best thing we’ve got going, and the opportunity to stay in a lodge far removed from urban sprawl, a place where you can spy deer out for a stroll at dusk and awaken to the sight of a spring that’s been flowing for millennia is priceless. And unforgettable.

From the Forest to the Coast

Considering its rural nature, it’s not exactly easy to explore Wakulla County in any order since reaching certain destinations on its few roads may require backtracking and long detours. That said, there are several destinations worth seeing and time shouldn’t be a factor when you’re exploring anyway…

After departing the state park, one attraction awaits just a few miles south. You’ll find the TNT Hide-a-Way on U.S. 98 where the road crosses the Wakulla River. The canoe and kayak livery has everything you need to explore the river – namely canoes and kayaks. Exploring this stretch on your own and at water level reveals the river in an entirely new way. After seeing the river, head out to see other county highlights starting with the town that enjoys what may be Florida’s most unusual claim to fame.

The first time I heard of Sopchoppy was in the 1970s when Charles Kuralt, the CBS reporter who traveled America to find hidden stories, headed to Sopchoppy to share a story about locals who “grunted for worms.” He found folks would head into the forest, pound lengths of wood into the ground, and then rub a strip of metal over the wood to radiate vibrations that caused worms (soon to be sold to fishermen) to crawl to the surface.

Not much has changed since, aside from the town reveling in its unusual fame. The second Saturday in April they host the Worm Gruntin’ Festival which includes worm gruntin’, horseshoe pitchin’, a 5K race, food vendors, live music, arts and crafts and, that evening, the Worm Grunters’ Ball.

Oddly, worms overshadow some of the town’s more artistic pursuits. It’s surprising to grab a soda at the Sopchoppy store and then look across the street at the "The Martha Syfrette Revell Rooming House,” a 1923 home that’s now the From the Heart Recording Studio. And down the avenue a sign points to Griffin George Pottery, the home studio and showroom of very creative ceramic artist.

In town, C.R. 372 (better known as Surf Road) heads south and launches a great ride through the woods as it travels through one of four units of the St. Marks National Wildlife Refuge. The winding, narrow ride is paired with a recreational path for bicycles and runs the 10 miles south to the community of Ochlockonee Bay. Whether in a car, on a motorcycle, or a bicycle, it’s a burst of blacktop fun as you pass marshes, ponds, and vast stretches of sawgrass along the way. You can’t help but envy the people whose homes are perched beside the broad marshland and enjoy this view every day.

When you reach Ochlockonee Bay, you’ve arrived where the river separates southwest Wakulla County from neighboring Franklin County. At first glance it seems as if there was tourism here once, and a second glance at an abandoned motel and shuttered businesses supports the idea. Still, within a mile the broad river empties into the Gulf of Mexico meaning fishing here – whether freshwater or saltwater – is still a going concern and explains the popularity of local seafood restaurants like Angelo’s and Son which opened on the coast in 1945. Where C.R. 372 crosses U.S. 98, Surf Road switches names to Mashes Sands Road, which you can follow to its end. When your tires get wet, you know you’ve reached the Gulf of Mexico.

After some time on one of the most remote beaches in Florida (really), return to U.S. 98 and head east to Panacea where you’ll find the Wakulla County Welcome Center (850-984-3966) which has maps and information about other destinations including the town of St. Marks where you’ll find the San Marcos de Apalache Historic State Park. The museum there features a short video describing the centuries-long quests by Spanish, English, American, and Confederate forces to secure this land, and displays pottery and tools archaeologists excavated near the original 1639 fort. At the southern edge of the park, Tucker’s Point is where the St. Marks River joins the Wakulla River for its final flow into Apalachee Bay.

The state park is just north of the massive St. Mark’s National Wildlife Refuge (850/925-6121) which contains salt marshes, tidal flats, freshwater pools, pine woodlands and hardwood swamps filled with ducks, raccoons, deer, armadillos, coyotes, and bears which, in the past, provided a source of food for native tribes and encroaching colonists with the waters of Apalachee Bay adding a fish option to their menu.

The visitor center can provide much more information, including maps that show dozens of miles of marked trails. The bay, on the refuge’s southern border, is a popular spot for birdwatchers who can train their cameras and binoculars on more than 300 species of birds that number in the tens of thousands. Another popular photo op is at the end of lengthy C.R. 59 (aka Lighthouse Road): the historic St. Mark’s Lighthouse which was first built in 1830 and has been repaired often over the past 200 years, yet always leaving a light on for folks headed to Wakulla County.

The old courthouse in Wakulla

No matter how hard you look, there are only two Florida county seats located in unincorporated towns, and one is the Wakulla County seat of Crawfordville. The county courthouse has a unique Art Deco look, and nearby you’ll find the Wakulla County Chamber of Commerce inside the original county courthouse, built in 1894. It’s one of only three wooden courthouse left in the state. Across the way is the Old Jail while several small shops and restaurants can be found in town.

The Florida National Scenic Trail extends 1,400 miles across the state, with a chunk of it passing through serious sections in Wakulla County. If you’re ready for a walk in the woods, check out the Florida Trail Association.