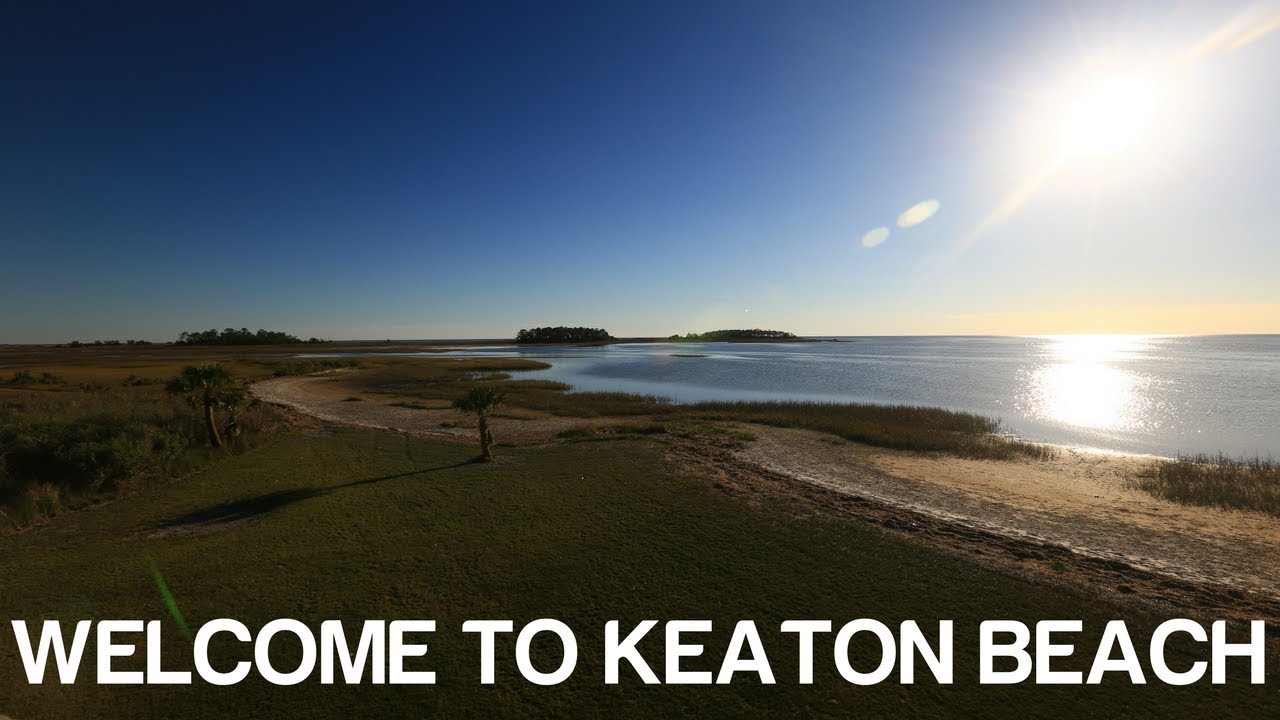 My first impression of Taylor County Florida was a lasting one. On March 7, 1970, our family traveled to Florida Taylor County seat of Perry to experience a solar eclipse, witnessing an extraordinary astronomical event as mid-day turned into midnight.

I’ve traveled through Taylor County, located about 90 miles northwest of Gainesville, several dozen times since but, like most travelers, never stopped to see what this town, or this area, had to offer.

But when I returned to explore it just a few weeks ago, I saw the light.

In 1856, 11 years after Florida became a state, Taylor became a county. More than 150 years later, it remains a relatively rural area where nature dictates the tempo of life. You’ll see that in the county seat of Perry, which has ties to the Perry of the past – although in the heart of town there are sure signs things are moving forward.

The 1918 railroad depot has been brought up to date as a retail-office space, anchored on one end by Doodads & Delights – a store filled with antiques and country-themed items – and on the other by the Toasted Mug Coffee Shop, which has a hip Greenwich Village vibe along with shakes, homemade soups, and light lunches. Between the two sits the Taylor County Development Authority, which not only made the depot restoration possible, but has created a whole new world just outside its doors.

Reclaiming several acres where boxcars once departed with cargos of timber, land has been transformed into a park of boardwalks, ponds, streams, and pavilions. It’s a picturesque scene and an inviting place to take a walk or enjoy a picnic. The depot and the park can be seen as part of the Historic Trail, a 1.2-mile walking (or driving) tour that connects to the commercial district several blocks away. That’s where you’ll find the historic Perry Bank building, now home of the Taylor County Historical Society. Since 1971 this is where visitors, researchers, and armchair historians have come to study and share documents, photographs, memorabilia, and historical artifacts that chronicle Taylor County’s heritage, including fossils and information on local native tribes. If you miss the museum (open from 1-5 p.m. on Thursdays only) their detailed website is impressive.

Any time of the day, though, there’s living history right all around you, although the modern courthouse doesn’t have nearly the appeal of its classic counterparts in nearby Madison and Jefferson counties. Radiating out from the courthouse, the rest of the downtown district is where you’ll find local institutions like the Perry News Herald (established 1889) and Johnson’s Bakery, which has been serving its customers right since 1954. (Their doughnuts are legendary). On the corner, Wilson’s O’Quinn Pharmacy is another throwback, as is the Old Taylor County Jail (the oldest public building in Taylor County) and the WPA-era Old Perry Post Office. Entrepreneurs attracted by wonderful old buildings, many of them vacant, many for sale, and all in need of new life, have bet on themselves to create businesses like the Backdoor Bistro & Coffeehouse, the Coco & Co. Boutique, and the Chic & Pink Shop.

For many travelers, Perry’s highlight is the Forest Capital Museum State Park. With more than half a million acres of forest, in 1965 Taylor County Florida was dubbed the “Tree Capital of the South” and this combination park and museum attests to that.

The museum shares the history of logging in the region and describes, incredibly, how the area’s longleaf pines contribute to the manufacturing of more than 5,000 products. From the museum you’ll enter a Cracker Village that, in 1863, was home, sweet home, for the Whiddon family. Their original cabin, barn, kettlehouse and smokehouse, created from hand-hewn logs, are here, giving visitors an idea of how they – and hundreds of other pioneer families – lived in the backwoods of frontier Florida.

More than 150 years, the forest is never far from the minds of locals. Each October, tens of thousands of visitors travel to Perry to remember their heritage at the Florida Forest Festival, a local tradition since 1955.

Taylor County has miles and miles of coastline, but it’s likely you’ve never seen a coastline like theirs. Small beaches, largely unknown and undiscovered by most travelers, are far removed from the main road, and each separated from the next by miles of grasslands and mudflats. Strangely, each gray-tinged waterfront in each small waterfront village is as attractive in its own way as the sugar sand beaches of Panama City.

To reach them, head due south from Perry via Beach Road, the country road to the coast. It’s an 18-mile trip on a long two-lane through the woods, and one of the first signs of civilization is at Adams Beach where a convenience store carries canoes and kayaks. Here and further down the highway, roads branch off to the shore where you can erase nearly everything you associate with Florida’s coast. Here there are no condos, no hotels, and few stores. Aside from handfuls of homes, it is simply nature, unimpeded.

The next community on the coast is Dekle Beach where, aside from a few roads and a few dozen homes perched on towering stilts, there’s little to interrupt the scenic vistas that combine hundreds of acres of seagrass savanna with the endless plain of the Gulf of Mexico. In these remote Florida communities, it’s refreshing to know there are people who desire nothing but privacy and nature.

Comparatively, Keaton Beach is a veritable metropolis. Just two miles south of Dekle, the village is roughly three blocks wide and five blocks long, but that’s enough room for a marina and store, and a boat launch,. At the end of the road leading into town, waterfront Hodges Park has a few retro cool picnic pavilions, a playground, and a small beach (all a little weatherbeaten following Hurricane Hermine).

One of many fringe benefits of the lack of coastal development is the popularity of scalloping. Here, as in neighboring Dixie County, visitors can harvest scallops at Keaton Beach, Hagen's Cove, and Steinhatchee between July 1 and Sept. 10. A saltwater fishing license, available at any marina store, is the first step to fresh seafood. After that, a snorkel, mask, water shoes, and a mesh bag (to hold your catch) is the gear you’ll need to search for scallops in the shallow waters.

Leaving Keaton, Beach Road scribbles south as it runs parallel to the coast. If you’ve ever wondered what Florida looked like when Native Americans were its only residents, just three miles south comes a portion of the 90,000-acre Big Bend Wildlife Management Area.

Bordered, roughly, by C.R. 361 and the Gulf, the Tide Swamp Unit of Big Bend WMA is a 19,538-acre mix of dry prairie, saw palmettos, and swampland, its primary visitors being bowhunters who track the wild hogs that roam through this forbidding area. So aside from a few dirt roads, this wilderness is just that. Wilderness.

For fans of back road travel, C.R. 361 (Beach Road) is one of the best. With hardly a trace of oncoming traffic, you’ll feel as if you’re the first to discover this remote avenue on the 18-mile drive south to one of Florida’s most interesting communities.

When you drive into Steinhatchee, it’s as if you’ve left Florida and entered the set of a film about Florida. The Steinhatchee River runs through it, and small wooden cottages, independent businesses, and several nice restaurants (seafood’s a specialty in this fishing village) run along its winding banks. There’s a refreshing authenticity at every turn – the old hardware store, the community building, and even a library small enough to fit inside a cottage the size of a bread truck.

Yet there’s another side to the town. Steinhatchee Landing on the banks of the Steinhatchee River. Within its 35 unspoiled natural acres, it brings to Taylor County the amenities of a fine resort with one- to four-bedroom upscale cottages tucked within a pristine habitat of pines, moss oaks, and silver palm. A calming place for guests looking for a weekend getaway and families arriving for reunions, it has even welcomed celebrity guests including President Jimmy Carter.

Whether it’s on the Gulf or on a river, Taylor County has an abundance of waterways for every skill level. A six-mile stretch of the Aucilla River Canoe Trail is on the county’s eastern edge, and consists of swift currents, scattered shoals, and rapids that drop several feet. A less intense option is a four-mile stretch of river at the Econfina River State Park outside Perry. For more information on freshwater and saltwater paddling trails, outfitters, and maps, start at Taylor County’s ecotourism page.

The Big Bend Wildlife Management Area, which includes the aforementioned Tide Swamp Unit, also encompasses the Hickory Mound Impoundment about 25 miles west of Perry. What will you find there? According to the folks in Taylor County, green- and blue-winged teals, northern pintails, bald eagles, ospreys, and other raptors. Along the coast, Hagen's Cove (south of Keaton Beach) has been called one of the "premier shorebird locations on Florida's Gulf Coast” since it attracts sandpipers, whimbrel, reddish egrets, plovers, egrets, blue herons, and swallow-tailed kites. For more information, check out the Great Florida Birding Trail.