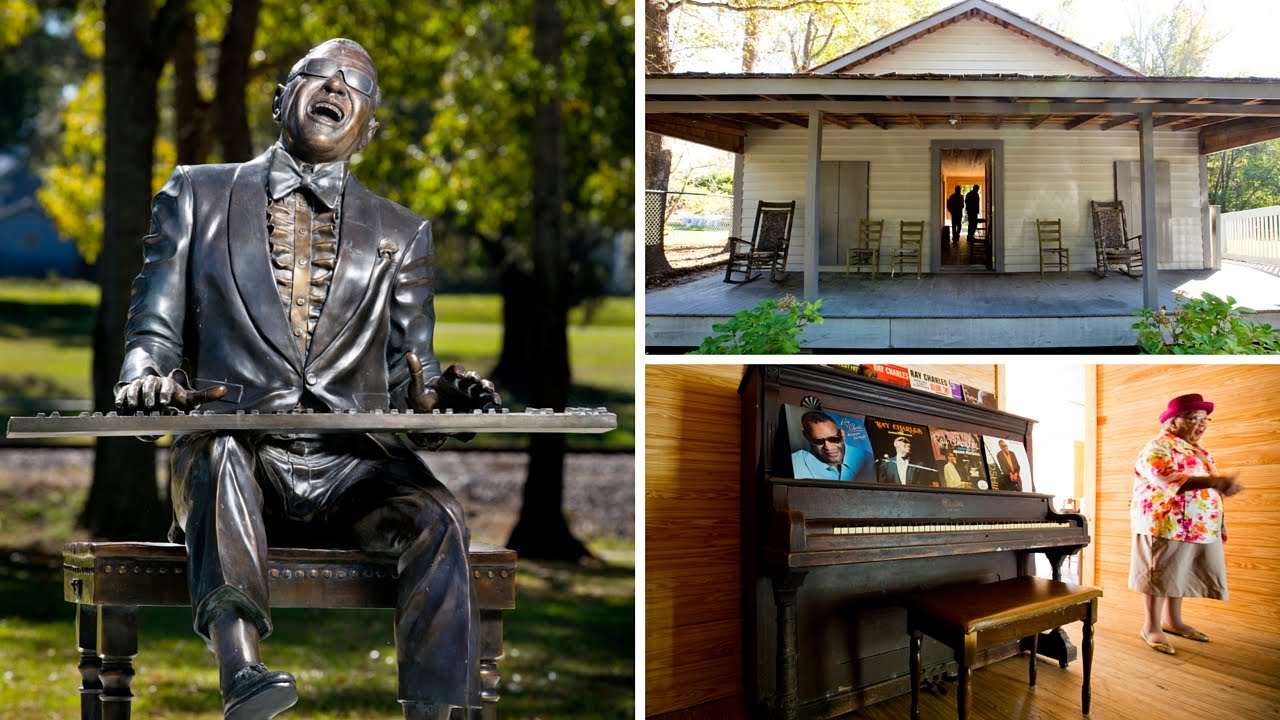 Most people traveling between Jacksonville and Pensacola will get on I-10 and, aside from maybe a brief stop in Tallahassee, they’ll make it a non-stop trip.

But if you take Exit 241 and drive a short distance north on U.S. 221, you’ll be in the town of Greenville, Florida – the place where Ray Charles was raised.

Although he was born in Georgia, Charles had deep ties to Florida. He was raised in Greenville, educated in St. Augustine at the Florida School for the Deaf and Blind, and played at clubs around Orlando before heading across the nation to Seattle and fame.

It was here that he paid his dues. The folks in Greenville thought so, too, and put a wonderful statue of the local boy who made good in a prominent place.

Created by Bradley Cooley and Bradley Cooley Jr. in 2005, Greenville's Ray Charles statue honors the man who earned 17 Grammy Awards, a star on the Hollywood Walk of Fame, a Grammy Lifetime Achievement Award, and was named by Rolling Stone as #10 on their list of the 100 Greatest Artists of All Time.

Greenville also commemorates one of the world's greatest music legends with his restored childhood home.

The last time I was on I-10, I took a brief side trip to pay my respects to this wonderful Floridian. Next time you’re nearby, stop by and pay your own respects.

Then put on Ray Charles’ Greatest Hits. You’ll love it.