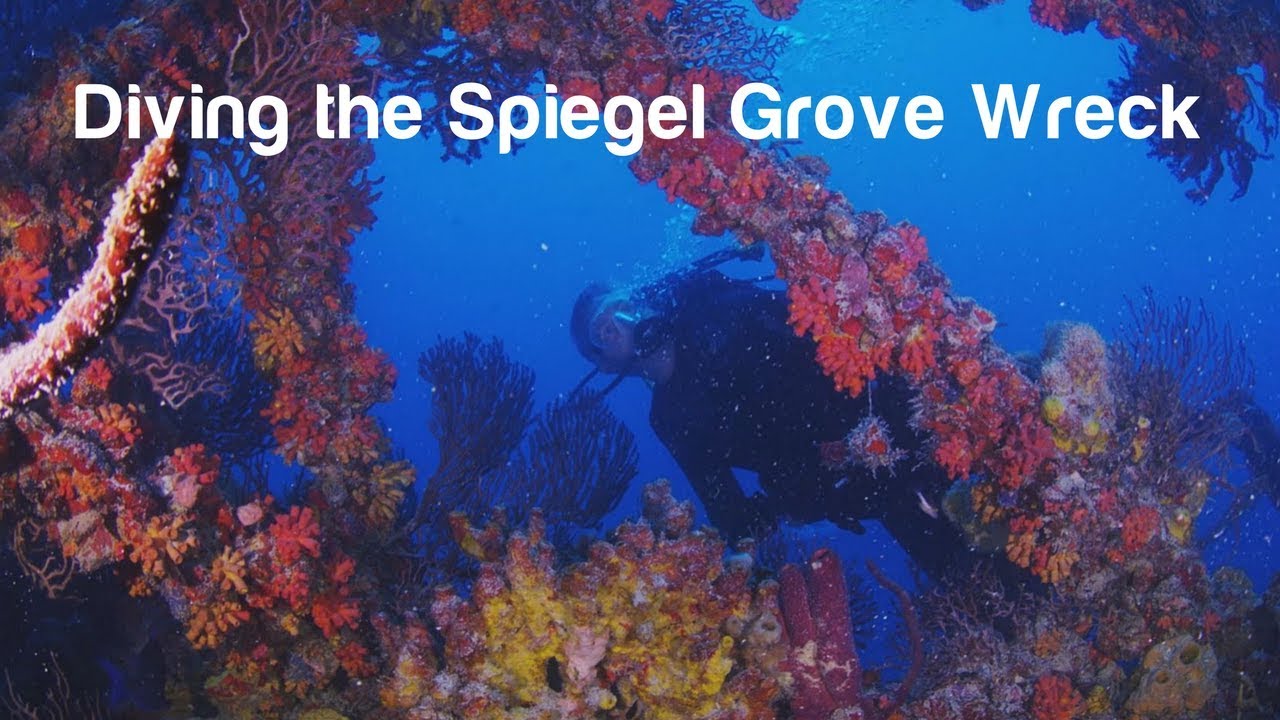 The Sunshine State offers some of the most unique and interesting shipwreck dives in the world.

Six miles off Key Largo on a warm spring morning, the skipper gives the order: “Divers down.” As we step off the deck of the charter boat and slip below the ssurface, the hulk of a warship suddenly comes into view.

The shadowy figures of barracuda and tarpon slide across the deck as we drop through shafts of sunlight. This ship – a 510-foot U.S. Navy Landing Ship Dock – has been at rest in 130 feet of water for nearly a decade.

The Spiegel Grove, named for the Ohio estate of President Rutherford B. Hayes, was commissioned in 1956 and served for more than 30 years before joining the nation’s Mothball Fleet.

In its heyday, the "Spiegel Beagle" ferried troops and landing craft throughout the world during the Cold War with the Soviet Union. The ship evacuated U.S. nationals from Beirut and assisted with the splashdown of Apollo 14.

But before the Spiegel Grove could become one of the most popular shipwreck dives in the U.S., workers had to make sure that its presence would not have an adverse impact on the fragile coral reefs of the Florida Keys.

So an industrial demolition and recycling company removed 400,000 linear feet of cable and flushed 110 fuel tanks in order to get the necessary environmental permits for sinking. They also welded doors and hatches shut, then scored another 83 holes to give diverse access throughout the super structure.

After nearly a decade of work, the ship arrived in Key Largo in the spring of 2002. But as the demolition crew prepared to sink the Spiegel, the ship flooded prematurely, flipped and when straight to the bottom.

Salvage crews righted the ship and laid it on its side, but the decks were much deeper than planned. The ship also ended up perpendicular to the current, making it more difficult for divers. But where man failed, Mother Nature prevailed. A summer storm came through and pushed the ship into an upright position.

Today, the upper decks can be reached at a depth of about 50 feet. The superstructure is teeming with tropical fish, another reason why this wreck is so popular with underwater photographers.

And while you are in the neighborhood, check out the former Coast Guard cutters Bibb and Duane, widely considered two of the best shipwreck dives in Florida. So, under ideal conditions, a diver can visit all three wrecks in two days.

About 90 miles away, off the nation’s southernmost city of Key West, the Gen. Hoyt S. Vandenberg is sunk in 140 feet of water. The 524-foot former Navy vessel, one of the state’s most popular artificial reefs, began its career in 1943 as a troop transport ship, the Gen. Harry S. Taylor.

After tours in World War II, the Hungarian Revolution and the Cold War, the Taylor was transformed into a missile-tracking ship and re-christened the Vandenberg, named after the former Air Force general.

The Vandy has been on the bottom since 2009, but a variety of local sea life already have made a home here. Arrow crabs, many bigger than a human hand, crowd the ship's surface and stairwells. Sleek barracuda and giant goliath grouper can be found from bow to stern.

Local divers have documented 113 different species of fish on the old troop transport ship that once tracked the U.S. space program's launches off Cape Canaveral and eavesdropped on Russian missile launches during the Cold War.

A one-hour boat ride off Pensacola, divers can explore the world’s largest artificial reef, an 888-foot aircraft carrier, the USS Oriskany. This Ticonderoga-class carrier, resting on the sea floor of the Gulf of Mexico about 20 miles south of Escambia County, served in both the Korean and Vietnam wars. Named after a bloody American Revolutionary War battle that pitted patriots against Tories and their Native American allies in the summer of 1777, the Oriskany has earned a  worldwide reputation as the most spectacular wreck dive available to recreational scuba divers.

To learn more about diving the extraordinary shipwrecks in Florida.