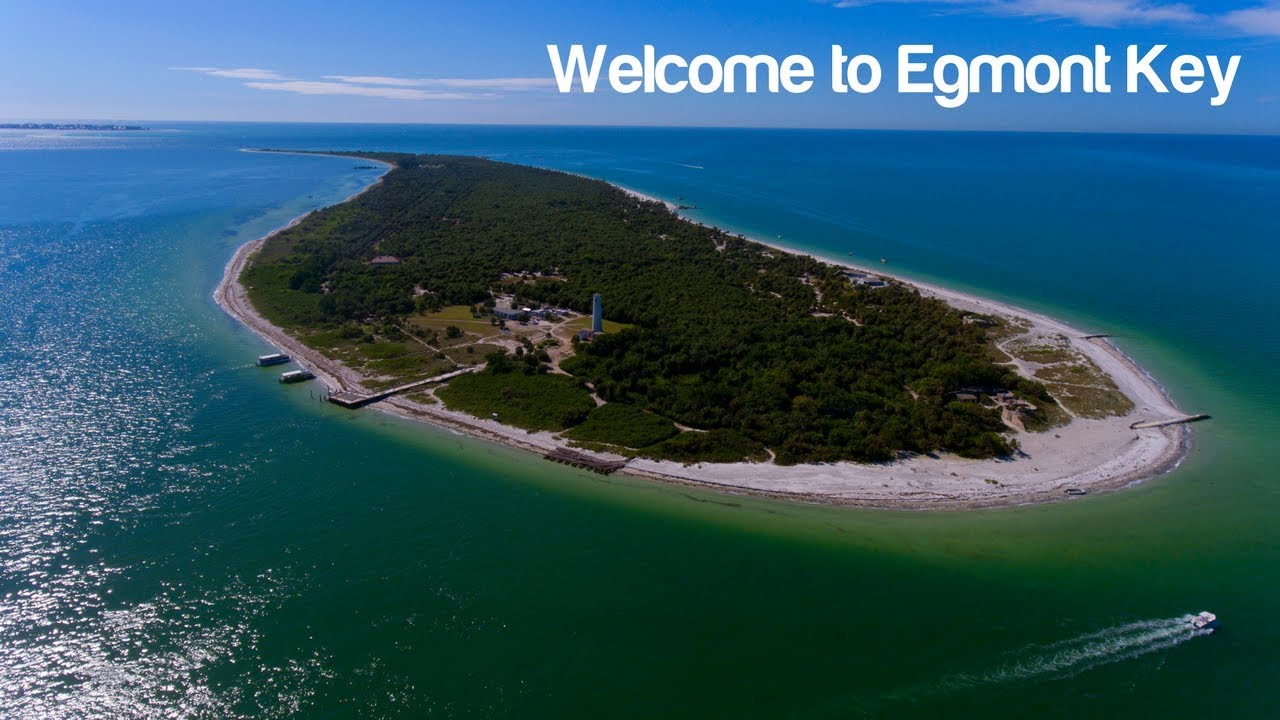 The Egmont Key Lighthouse near St. Petersburg, Fla., has guided thousands of sailors back to the safety of their homes, but people with a sense of adventure could almost say it serves the opposite purpose.

For tourists, sun-lovers and history enthusiasts, the lighthouse also is a beacon for anyone trying to get away from civilization. It sits on a wilderness island in the mouth of Tampa Bay, a beach-lined paradise that is only half an hour by private boat or ferry from the mainland.

“You’re able to roam the island kind of at your own will, it’s not crowded,” said Andy Hartson of Tampa, who was recently making his first visit along with his wife Kali. “It was beautiful… just very, very peaceful.”

People come to Egmont Key for the beach, to explore the ruins of a century-old fort, to observe the shore birds and gopher tortoises and to walk wooded trails wending through the island. And also to see the lighthouse, which has been in operation for more than a century.

“There are people who come to me all the time and say, we just didn’t know all this was here,” said Assistant Park Manager Tom Watson. “It’s a very, very special place and it’s got a tremendous amount of history, starting with the lighthouse,” he added.

Many visitors to the island are boaters, and private boats can be rented nearby. But it’s also easy to take the Tampa Bay Ferry for a day trip, leaving from nearby Fort De Soto Park.

Visitors who use the ferry typically have a trip lasting five or six hours, which leaves plenty of time for other activities in the area such as exploring St. Petersburg’s thriving art gallery scene, or enjoying a dinner of fresh seafood.

For many visitors to Egmont Key, the beach is the draw. That may be a surprise, considering that Florida’s west coast is famed for white sand beaches that you don’t need a boat to get to. But a beach without traffic or concessions has its own kind of charm.

“The tranquility, you can’t get at other beaches,” said Daniel Ciccarello of Tampa. His family came over by boat with friends, and they were all cooking lunch on a small grill set in the sand -- kind of an island tailgate.

The Egmont Key Lighthouse near St. Petersburg, Fla., has guided thousands of sailors back to the safety of their homes, but people with a sense of adventure could almost say it serves an opposite purpose.

The beach lining Egmont Key is a natural one. That means no cabanas, no ice cream stands and for that matter, no bathrooms. (Facilities are available next to the Fort De Soto Park dock and on some ferries.) If you go, you may share the beach with pelicans, terns, egrets and other shore birds. In fact, a portion of the island has been set aside as a national wildlife refuge.

The beach also is a great spot for gathering sea shells. Conchs, whelks and other shells can be collected, although the shelling varies according to tides and recent weather. (Remember: Never take a shell that still has a live animal inside.)

Lighthouse lovers know the current lighthouse, standing tall at 87 feet, has been operating since 1858. It’s one of the oldest structures in Tampa Bay which is still operating for the same purpose for which it was built, said Watson. During the Civil War, it fell under Confederate control, then Union control.

Today, when visitors stare up at the white tower rising into the blue sky, it’s not uncommon to see an osprey flying to the top, possibly clutching a fish plucked from the bay. Unlike ospreys, human visitors are not allowed to go up, except during an annual festival held in November. But people can walk right up beside it to observe.

Visitors come to Egmont Key for the beach, to explore the ruins of a century-old ford, to observe shore birds and gopher tortoises, and to walk wooded trails wending throughout the island.

Because Egmont Key is strategically placed at the mouth of Tampa Bay, it was picked as the site for a fort during the time of the Spanish-American War. It’s still possible to explore the remains of the fort, some of which are half-covered with palm trees, palmettos and other vegetation.

In fact, snorkelers love to explore old fortifications which are now submerged, because the island has eroded over decades.  Talk to ferry boat operators about designated snorkeling trips -- the submerged installations are near the wildlife refuge and therefore a bit tricky to get to.

Ferries will return you to the mainland in mid-afternoon, so you’ll have plenty of time to plot another adventure. But first, refresh yourself with a good meal.

Not surprisingly, great seafood abounds in the nearby seaside communities. At St. Pete Beach’s luxurious Don CeSar Hotel, which stands like a pink palace overlooking the Gulf of Mexico, the Maritana Grille is renowned for locally sourced seafood dishes.

If that’s too upscale, consider the Island Grille and Raw Bar near Fort De Soto or the Hurricane, a classic St. Pete Beach restaurant popular with tourists for grouper sandwiches and sunset views.

For a different pace, consider the Habana Cafe in Gulfport, an eclectic local favorite where you can find authentic Cuban dishes, as well a garlicky “drunken shrimp” appetizer and homemade desserts including flan.

What’s the opposite of an island wilderness? Maybe a dose of fine art, and St. Petersburg offers surprisingly diverse choices. For years, downtown St. Petersburg’s best-known galleries were the Dali Museum and the Museum of Fine Arts, and both of these thriving institutions have expanded in recent years. But St. Petersburg also has grown a bustling independent gallery scene.

Consider visiting the Morean Art Center and its Chihuly Collection; Florida CraftArt (formerly the Florida Craftsmen gallery), the Dr. Carter G. Woodson African-American History Museum, and explore the many additional independent galleries. And watch for these notable museums set to open soon: the Museum of the American Arts and Crafts Movement and the James Museum of Western and Wildlife Art.

Getting to Egmont Key

Make sure to take water and sunscreen. You also may want a hat, snacks, a bag for collecting shells and a beach towel. That said, travel light so you don’t have to lug too many things if you want to hike around the island. Use the restroom before leaving.