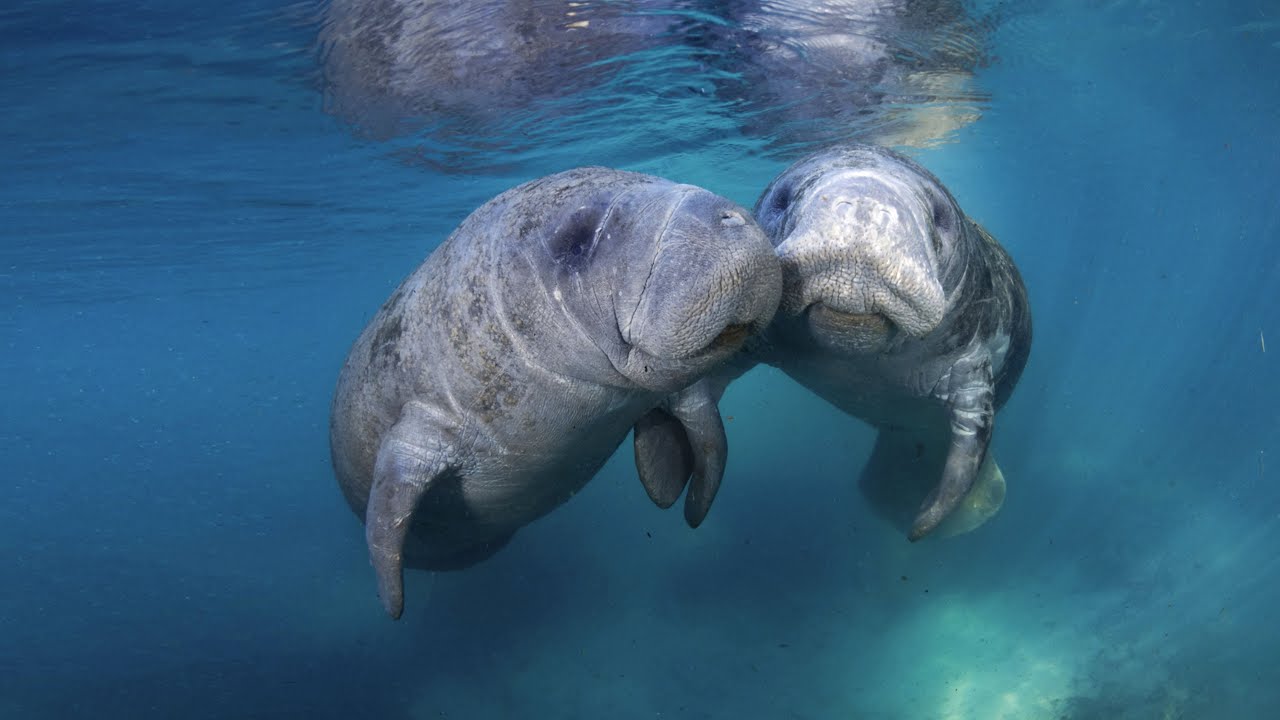 How to Swim With Manatees in Crystal River

There's only one place in North America where you legally swim with manatees, and that's in the Crystal River area— located about 90 minutes north of Tampa, on the west coast of Florida.

The headwaters of Crystal River are known as Kings Bay, where the water temperature is a consistent 72 degrees year-round. During the winter months more than 400 manatees migrate here to escape the cold waters of the Gulf of Mexico, and each year some of them stay in the bay through the summer months. These migrating and resident manatees make Crystal River the perfect spot for you to get up close and personal with these gentle giants.

The West Indian manatees are very large aquatic mammals, weighing in around 1,000 pounds and measuring about 10 feet in length. They are docile, slow-moving swimmers that eat 10-15 percent of their body weight daily in aquatic plants. They often surface for air every 30 seconds while active and every 20 minutes while sleeping. Manatees have no natural enemies and the biggest threats to their survival are interactions with watercraft and loss of habitat. They were placed on the endangered species list in 1966 and have since been under close watch in order to ensure the survival of the species.

Crystal River is where you’re legally permitted to swim with manatees in their natural habitat. You can embark on a swim tour through the river, but only after being briefed on all of the do’s and don’ts of interacting with the animals. Although manatees are very curious by nature and often initiate interaction with humans, they are heavily protected by law. Learning the manatee encounter rules and tips ensures that you have the best, and most rewarding experience possible while being a guest in their home.