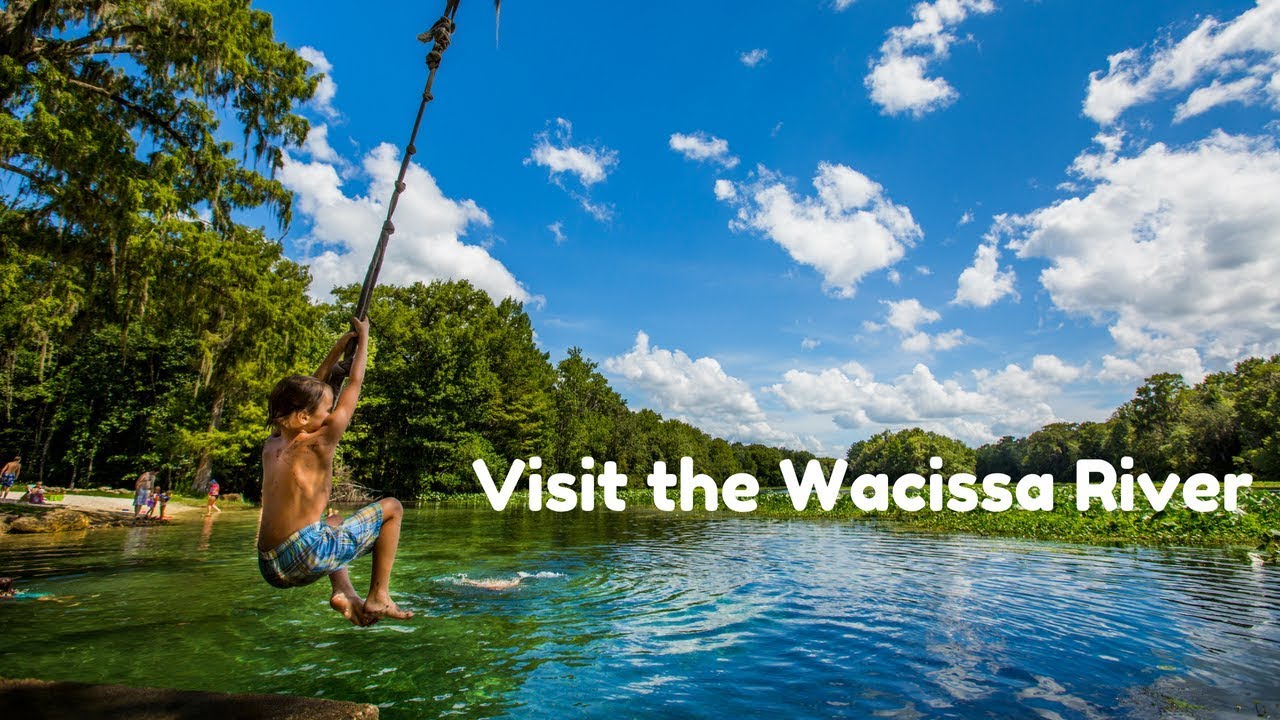 Take an Airboat Tour of the Wacissa River in Northwest Florida

Standing on the only dock on the east side of the Wacissa River, I hear a muted fluttering of wings in the dense tree canopy of the Aucilla Wildlife Management Area. As if God tossed handfuls of ivory origami cranes into the clear spring skies, flocks of ibis glide over the river.

“When you get back in these tributaries, you feel like you’re the first person that’s ever been here,” said Bradley Cooley, owner of 5 Rivers Adventures airboat tours.

Cooley has plied Jefferson County’s Wacissa River and neighboring waterways for most of his life. Intimately acquainted with the river’s nooks and crannies, he has uncovered many secrets – from Native American campsites to moonshiner hideouts. He now shares that knowledge with others on his airboat tours.

Cooley and his Co-Captain Jon Schee guide fishing and scalloping excursions as well as eco-tours like the one I’m on. Those who want to channel their inner swamp person can hire the dauntless duo to guide a gator hunt or go frog gigging. When they’re not exploring the Wacissa, the pair lead airboat tours and trips along the Aucilla, Econfina, St. Marks and Wakulla rivers.

The Wacissa River eco-tour covers about seven miles in just over an hour, with plenty of time for watching wildlife, taking photographs and impromptu history lessons.

Bradley Cooley poles the airboat from a shallow spot on the river.

What You'll Learn on Cooley's eco-tour

Today, riding on Cooley’s airboat, I’m the beneficiary of his trained eye and hands-on experience.

I learn that the river’s clarity stems from 12 limestone springs. I’m mesmerized by the DayGlo green eel grasses swaying gently beneath the surface. Skimming water so clear I can see 30 feet down in some places, I watch bass and bream dart through the depths. Turtles fat as melons sun themselves on logs. A seven-foot alligator, warming his armor-plated bulk on a sunny platform, refuses to swap his happy place for the 70-degree water, even as we approach for a photo.

Further down river, the miles whiz by, passing unbroken forests of cypress, oak and maple. Basking under the wide sun-drenched skies of this riverine sanctuary, my weary winter persona dissolves.

Except for a few kayakers, we have the river to ourselves. Acknowledging the rivalry between airboats and paddlers, Cooley outfitted his boat with a quieter engine and respectfully slows his speed when passing. One advantage of an airboat tour is accessing places other craft can’t, unless you plan on portaging your canoe over massive logs while tiptoeing through gators.

Pausing in a stream meandering off from the main river, Cooley points out a small rise on the riverbank. “If you see high ground along this river, it’s usually a Native American site, a shell mound,” Cooley said, referring to shellfish middens.

According to Jana Grubbs, executive director of the Aucilla Research Institute (ARI), humans occupied this region more than 14,000 years ago. The ARI supports research of archaeological sites in northwest Florida.

In another location, Cooley cuts the motor and picks up a replica of an atlatl, a spear-throwing tool used by Native Americans. Striking an ancient pose, he pitches the spear some 40 yards, as a hunter might have done in prehistoric times.

If an hour on the river isn’t enough, Cooley offers a truly immersive experience at the Wacissa River House. He built the three-bedroom, two story rental cabin himself, incorporating salvaged driftwood and 100-year-old pecky cypress logs into the decor.

“It’s the only house this side of the river,” Cooley said. Essentially off-the-grid, the cabin is outfitted with solar panels, a generator and well. Guests access the river by a dock outfitted with a screen house overlooking the Wacissa. Two canoes sit next to the dock, ready for a lazy drift along the slow-moving river. The house itself is accessed by boat or a 10-minute drive through the woods and fields of Jefferson County.

Soaking up the quiet, I felt the Wacissa work its magic on me. I thought of that screen house, the perfect perch for watching wildlife while sipping my morning tea. Before long, I’d be back in the city dreaming of the peace I find in places like this and feeling grateful they still exist.

How to Take a Tour…

Spring and fall offer seasonal color and pleasant temperatures for airboat adventure tours. Wear layers if you book a winter tour, and insect repellent and sunscreen in summer.