LAKE BUTLER -- Perhaps it’s no surprise that the centerpiece of this small North Florida town is the lake itself, a tranquil body one mile wide that hosts a bass fishing tournament so popular that, for one weekend each summer, the town’s population increases exponentially.

The lake can be enjoyed from Lakeside Park, with its large playground, cookout amenities, community center and boat ramp. The city is adding a splash park, where families can cool off while enjoying lake vistas.

“It’s an adorable lake, with an adorable park and stuff for the kids,” says Pam Whittle, president and CEO of the North Florida Regional Chamber of Commerce. “They’re the kind of place that knows how to do the Fourth of July. It’s a huge, all-day shebang. For a community as small as Lake Butler, they do it right.”

But a laid-back day on Lake Butler doesn’t hint at the quirky history of this small city. It is the county seat of Union County, Florida’s smallest county and one of its youngest. The county was founded in 1921 and carved out of the original New River County, which had been created in 1858 and renamed Bradford County in 1861.

“All these years there’s been some hostility between Bradford and Union County,” says David Mecusker, city manager of Lake Butler, FL. “It even exists to a certain extent today.”

Mecusker grew up in the city and recalls when high school football teams from the two counties were prohibited from playing each other because of the violence that would inevitably ensue.

Mecusker’s family moved to Lake Butler, Florida in the 1960s, when his father was looking for a rural place to raise his family. “He was driving around and just got lost,” Mecusker says. “When he came to Lake Butler, they had horses on Main Street, and he thought, ‘Horses in the middle of town? Now, I like that.’ He stopped at the Union County Times and asked where he was.”

Things to Do & Attractions

Cyclists know Lake Butler is a trailhead on the Palatka-Lake Butler State Trail, a 47-mile-long route built along the abandoned rail road bed of the former Norfolk Southern Railroad. A popular pit stop along the trail is Pizza Man, a local pizza shop located just off the trail.

For fine dining and sweeping lake views, visitors head to the Butler Seafood House & Grille, located next to Lakeside Park. And for more down-home fare, try the fried chicken at the little deli restaurant at Spires IGA Market, a popular local favorite.

Not far from the trailhead, the Union County Historical Society houses the Marjorie McGill Druggers Historical Museum, located in the Townsend Building, one of the few remaining buildings from Lake Butler’s old downtown core. Listed on the U.S. National Register of Historic Places, the Townsend Building is referred to by the Florida Department of State as “the town’s most distinctive commercial building during the period when the town was in the center of a thriving agricultural district.”

Lake Butler, FL is located on State Road 121, which was, in the days before interstates, a major artery for reaching Tampa from the north. Today, Lake Butler is known more for being 40 minutes north of Gainesville, allowing it easy access to the University of Florida and all the amenities of a college town. Its economy is buoyed by the north-central Florida prison industry. No prisons or other state correctional sites are located within Union County, but it is within driving distance of seven such facilities.

One of the most pleasing ways to enjoy Union County is with a drive in the country. The vast acres of pine trees remind of days when families made their livings by scraping pines for turpentine. The metal-roofed, un-insulated shanties where those families lived still dot the forests, and a dilapidated turpentine still survives out on County Road 238A.

On your travels, you might even be lucky enough to encounter a sign for “U-pic-em” blueberries. Some operations even operate on the honor system. Just pick your fill, weigh your berry bounty, drop your 50 cents-per-pound into the unmanned coffee can, and continue your drive into the North Florida countryside. 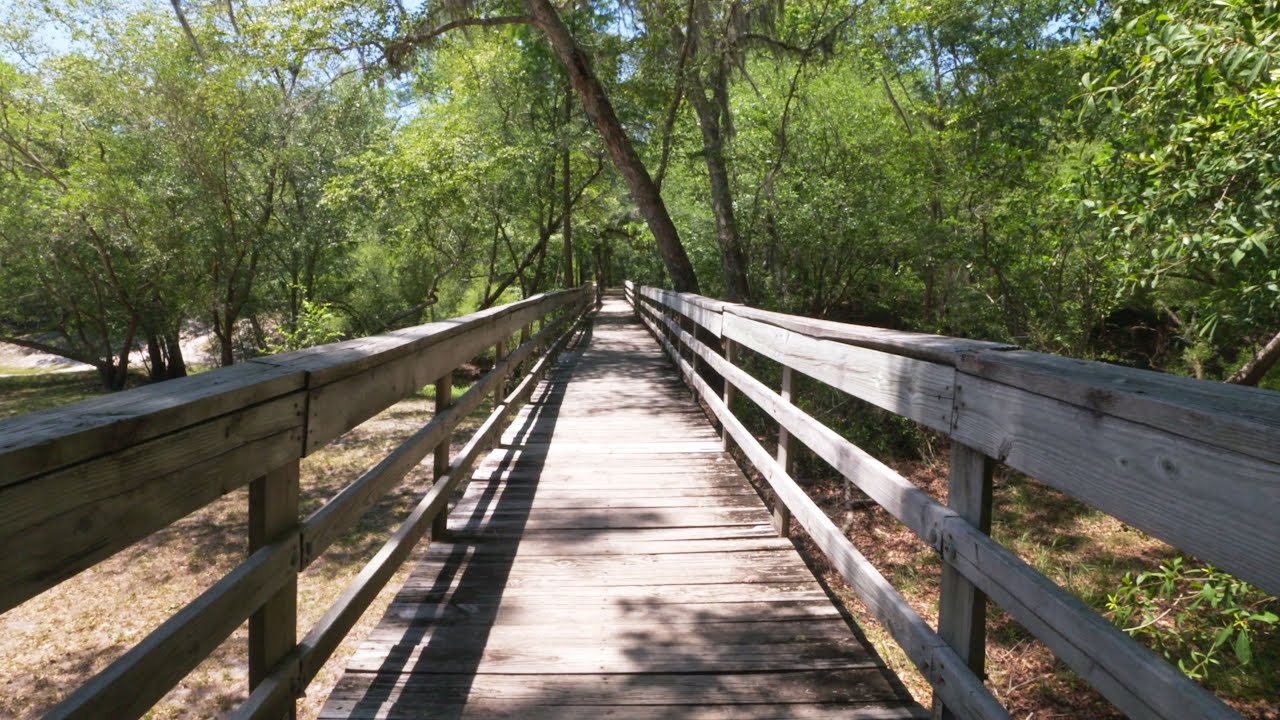