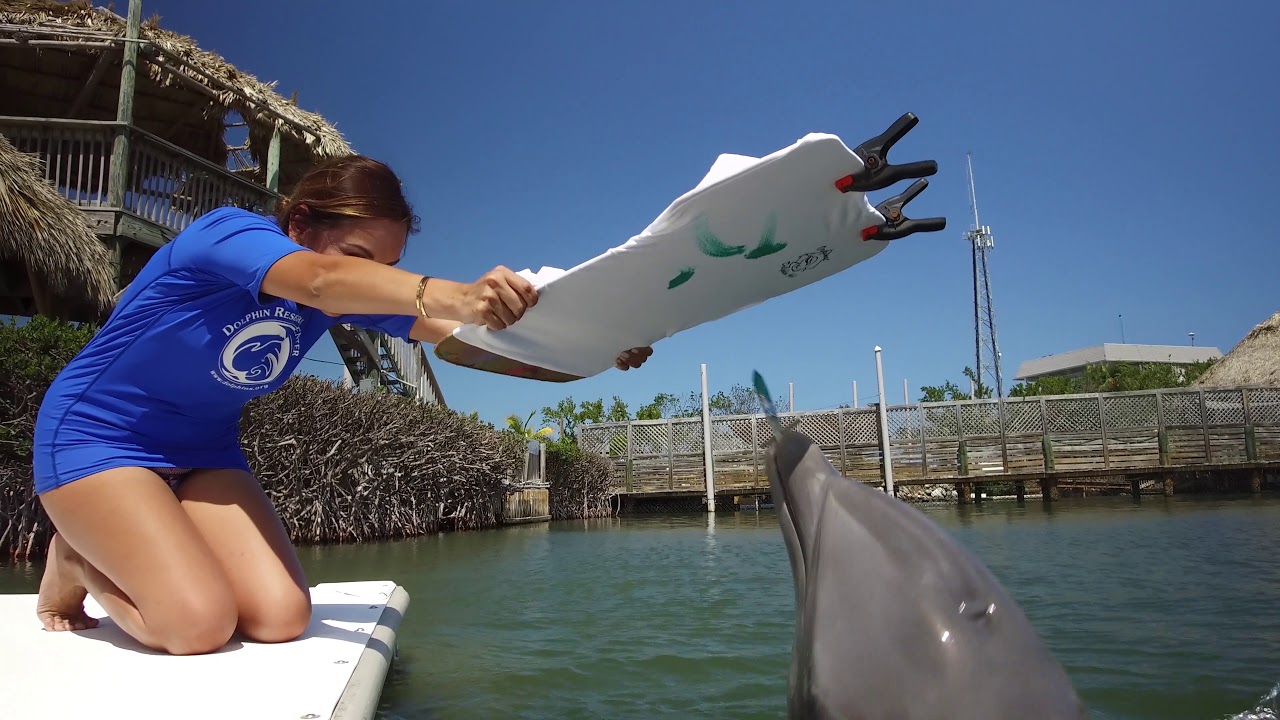 8 Ways to See Wildlife in the Florida Keys

For my family, visiting the Florida Keys has always been about the wildlife. Few places in the U.S. offer such easy access to such a range of unusual and fascinating creatures.

Some are rare and endangered like the petite Key deer, which number less than 1,000. Some are so common as to be considered nuisances like the colorful and feisty chickens that strut the streets of Key West.

Animal lovers (and most kids) will enjoy them all. It's easy to organize your drive down the Overseas Highway into your own personal Florida Keys Animal Lovers' Tour. Some of the stops are free or cost only $1 or $2. Here are eight places to help you expericne the wildlife in the Keys.

The wildlife is underwater here, probably the most popular snorkeling spot in the continental U.S. Snorkeling trips head to the reefs daily. If you want to stay dry, take the glass-bottom boat tours. (Make sure it's a calm day if you are prone to seasickness.)

If you want to see a few fish, but not spend money or time for a boat trip, Pennekamp offers very good snorkeling from its manmade Cannon Beach. The park placed remnants of an early Spanish shipwreck about 100 feet off the beach. Fish congregate under and around the sea-life encrusted cannons and anchor. Snorkelers see a variety of creatures, including large barracuda and tarpon.

Get close to a wide variety of birds native to the Florida Keys at this rescue and rehab center. Marked with only a basic sign, the center doesn't look like much from the Florida Keys Scenic Highway. Its charm is in its informal, volunteer vibe. The shady mangrove forest is sectioned off via wire caging to create enclosures for injured birds. Awkward brown pelicans hop with just a stub where a wing or leg should be. Great egrets, cormorants and varieties of owls and hawks draw attention.

But birds wander outside the cages, too. Pelicans, herons and egrets hang around hoping to snatch food, sometimes blocking the walkway. A volunteer busy feeding the birds told us: "We have no problem with birds breaking out. Our problem is preventing birds from breaking in."

The path leads down to the waterfront for a lovely view of Florida Bay and its active bird life.

Robbie's big draw involves the chance to see 50 to 100 enormous tarpon swimming around the dock in clear water only a few feet deep. Pay $1 to go out on the dock. It's another $3 for a bucket of fish to toss to them. It may be the best entertainment in the Keys for the price.

These aren't the usual fish that gather when you throw bread crusts into the water. Tarpon grow to be 5 to 8 feet long and weigh 80 to 150 pounds. These great saltwater game fish are prized for their fight (but not as food). Visitors stand in awe of the tarpon convention that happens daily.

The powerful, silver fish flash in the sunlight as they lunge for the snacks dropped by visitors. Some even try to hand-feed the fish, providing entertainment for those content to keep a distance.

Get Splashed by a Dolphin
Dolphin Research Center, Marathon

The Dolphin Research Center, a nonprofit facility, focuses on education. Trainers hold informative sessions as visitors stand on the dock around open-water tanks. At a small group session, a staff member demonstrates how they train younger dolphins. While visitors ask questions and watch, the dolphins swim in front of them.

The facility, built along the waterfront with beautiful views of Florida Bay, allows visitors to linger. Tour and information sessions take an hour or two, but many visitors stay for several hours, watching dolphins and talking with the friendly, well-informed staff.

Guests can also pay for additional programs where they can interact with the dolphins, and these are entertaining to watch as well. The Dolphin Research Center offers a half-dozen interactive options. An extra $25 allows you to shake a flipper and touch a dolphin. If you spend $104, you can take a dip with a dolphin. For $650, you get an all-day "Trainer for a Day" program.

Seeing a sea turtle in the wild while in the Keys is uncommon, but you can get within arm's reach of several varieties that frequent the Keys. You can even toss them some food at the nonprofit Turtle Hospital.

The admission price paid to tour the Turtle Hospital, housed in a former motel on the Overseas Highway, supports its program of rescuing and rehabilitating about 100 injured sea turtles a year. A 90-minute educational tour occurs several times a day. In 2011, 40,000 people took the tour.

The visit begins with an educational presentation that focuses on the types of sea turtles and the challenges they face in Florida. While younger kids may squirm, presenters keep it interesting by passing around objects (sponges, a favorite turtle food, for example). They also tell stories about the individual turtles rescued by the hospital.

Visitors meet some of those turtles, such as Bubble Butt, the first and longest permanent resident of the facility. Bubble Butt was rescued March 25, 1989, after being struck by a boat off Long Key. The boat strike deformed the shell, leaving a large "bubble" on his rear. It made it impossible for him to dive.

As many as a dozen or more different types of sea turtles fill individual plastic tanks while being treated. Visitors gather around each tank and the guide tells each turtle's history.

Nearby, permanent residents and turtles almost strong enough to be released swim in an old saltwater swimming pool, which has been converted into a large turtle aquarium. Visitors line the pool's edge, hear each turtle's story and receive a handful of catfish chow to throw to the waiting turtles.

Driving through Big Pine Key brings warnings to slow down for Key deer, but seeing the deer isn't easy because there are so few.

So, how do you see Key deer? Some might appear by the side of the road on the Overseas Highway. The visitor center for the National Key Deer Refuge, located in a nearby shopping center, offers maps and information to help you explore.

Refuge lands include an old quarry filled with freshwater called the Blue Hole. There's an observation platform and two short trails that lead to recommended spots to watch for deer. On a recent trip, we walked and bicycled through No Name Key, an island that is part of the refuge, during early evening and saw many Key deer. Timing is everything.

On No Name Key, we spotted several deer grazing along the side of the road, including toy-like fawns. The diminutive size of this sub-species of white-tailed deer charmed us. We've seen bigger dogs, and like dogs, they are friendly. The deer live in such proximity to people they feel no fear; however, people can be a danger to the deer. Last year, cars killed 150 Key deer, a new record. Most died on U.S. 1. Strict speed limits are in place in the refuge. It is also against the law to feed Key deer.

To get to No Name Key, turn right (if you're driving south) at the one major intersection/traffic light in Big Pine Key. There are two roads heading east. One, Wilder Road, is clearly labeled No Name Key. Follow it (and the signs) to Watson Boulevard, which eventually crosses a scenic bridge to No Name Key.

Crow at a Chicken
Key West

You don't have to work hard to spot the Key West chickens – they crow and strut everywhere. The colorful roosters, mother hens and lines of tiny chicks weave in and out of traffic and through outdoor cafes all over town.

There have always been chickens in Key West. Backyard chickens gained their freedom when people stopped the laborious process of turning live chickens into Sunday dinner decades ago. Roosters went free when cock-fighting became illegal.

When the chicken population grew large in 2004, Key West hired a chicken catcher to reduce the number. His work became controversial because people cherished the chickens. When he quit that same year, the city discontinued the post.

The chickens may have fans, but they also have detractors. "They crow at all hours," explained Debbie Britten, a volunteer at the Key West Wildlife Center. "They're like some of the people down here – they don't know when to quit."

To get rid of nuisance chickens, residents can borrow a trap from the wildlife center and bring the captured fowl there. The chickens are trucked to organic farms in Central Florida, where they are prized for their eggs and for their help with pest control. (They eat bugs.)

One sign of how many chickens roam Key West: The wildlife center relocated close to 1,500 last year, Britten said – and they're still everywhere.

This is the most peaceful place in crazy, clamorous Key West.

Located on Duval Street within a block of the Southernmost Point in the United States, the Key West Butterfly and Nature Conservancy immerses you in a tropical garden where butterflies float overhead and flashy finches dart past waterfalls and koi-filled ponds.

The conservatory asks visitors to turn off their cell phones, so you hear few sounds except chirping birds and the soft, chime-like background music.

The 5,000-square-foot conservatory features a plexiglass structure designed as a Victorian greenhouse. It provides butterfly-shaped benches where visitors can sit and contemplate while an occasional butterfly floats by or lands on your shoulder.

The conservancy, which is kept at a constant 85 degrees, is home to 50 to 60 butterfly species from around the world and 20 exotic bird species. Butterflies come from farms, not from the wild.