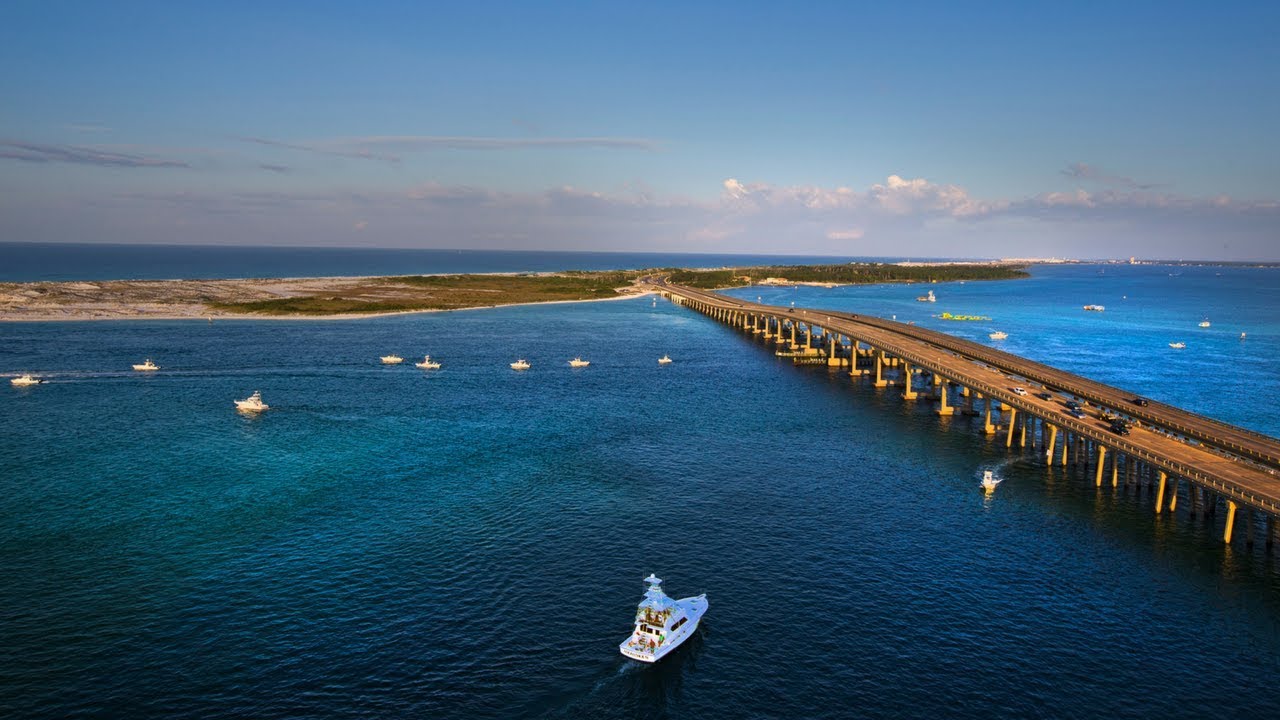 10 Fish to Catch in Florida

With more than 7,700 lakes, 10,550 miles of rivers and 2,276 miles of tidal shoreline, there is no doubt why fishing in Florida is one of the top activities for locals and visitors.

It's wonder the state has produced more than 900 world records, more than any other state or country for that matter. The following species are all found in within 100 miles of Tampa Bay at some time of the year. So what are you waiting for? Get your rod, reel and hit the water. Here are the top Florida fish to catch.

Sometimes called the "silver king of sportfish," the tarpon is highly prized for its fighting ability but not valued as food. One of the state's most popular gamefish, tarpon can tolerate a wide range of salinities and are found throughout the state’s waters.

Commonly known as speckled trout, it's a schooling species usually found in the shallow waters of bays and estuaries. It has two large canine teeth in the upper jaw and feeds mainly on shrimp and small baitfish in grassy areas. One of Florida’s most popular sportfish, spotted sea trout will hit everything from top water plugs to saltwater flies.

Highly sensitive to changes in water temperature, snook are found in the state’s warmer waters. A strong, voracious predator, this Florida fish will rip a fishing line to shreds. Great sport on light tackle, snook are a cagey prey but well worth the time it takes to catch them.

Commonly known as redfish, this shallow-water schooling fish is found in both salt and brackish water. It can be distinguished from the black drum by its lack of chin barbels and its more elongated body. It also has a large black spot (sometimes several spots) just before the tail. Once heavily over-fished, this species is now a conservation success story.

Florida’s official freshwater fish, the legendary largemouth has an international reputation. Florida is a top destination for black bass fishing. Anglers come from all over the world just add a 10-pound bass to their “life list” of big fish. The king of the lakes and rivers, a big bass will eat just about anything, even squirrels or baby ducks.

A general term to describe a number of different species – including spotted sunfish, bluegill, redbreast sunfish, redear sunfish, warmouth  – these fish are the mainstay for many young anglers. Catch these Florida fish on worms, popping bugs and spinner baits.

A generic name for several deepwater species, these bottom dwellers are important to both recreational and commercial fishermen. Red grouper and gag grouper (sometimes called black grouper) are most popular with anglers. Anglers typically “bottom fish” for these species, but during the cooler months, they can be caught in shallow water by trolling artificial lures.

This family includes both king mackerel and its smaller cousin, Spanish mackerel. These fish can be found in the western Atlantic Ocean from Maine to Rio de Janeiro, Brazil and into the Gulf of Mexico. One of the state’s top ocean predators, kingfish are the favorite target of tournament fishermen.

Get a Fishing License Online at Go Outdoors Florida.