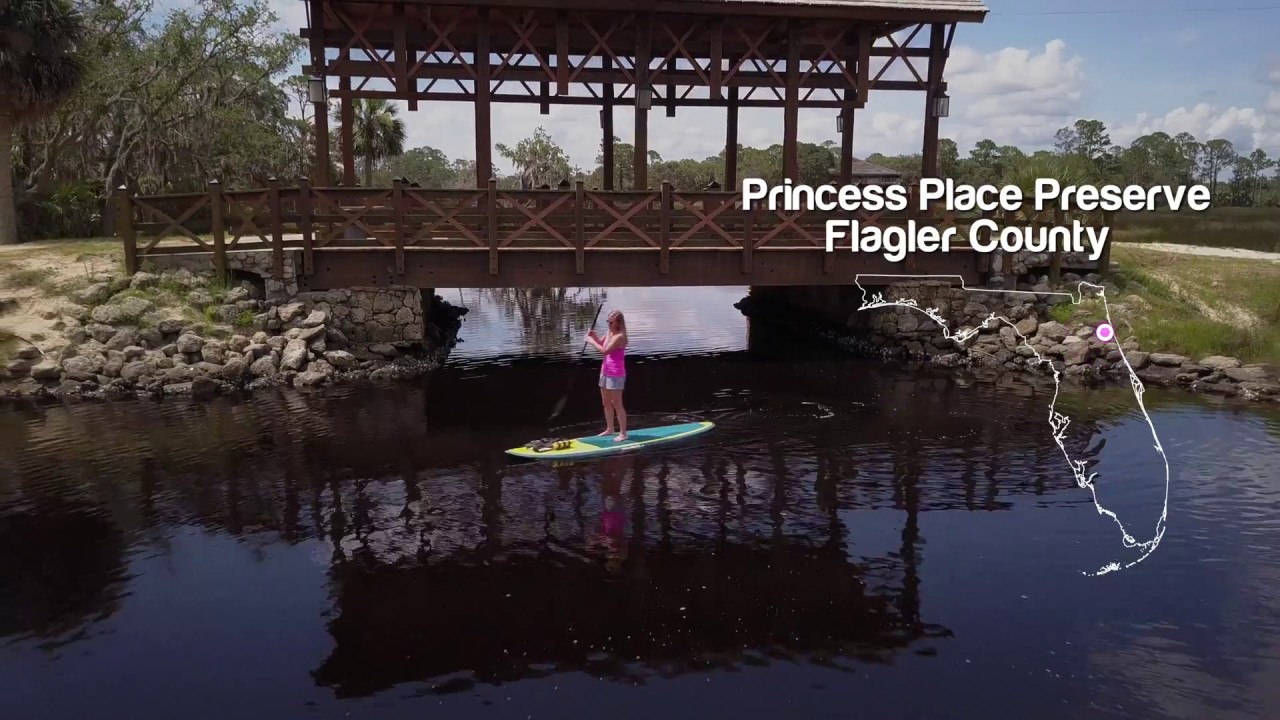 A Guide to Princess Place Preserve in Palm Coast, Fla.

Princess Place Preserve offers a scenic locale of natural and manmade beauty at the confluence of Pellicer Creek and the Matanzas River.

Visitors tour the house where the princess lived. The trails where she rode her horses are now favorites for equestrians, amblers, primitive campers and extreme mountain bikers.

At Princess Place Preserve in Palm Coast, it's easy to focus on the scenic locale at the confluence of Pellicer Creek and the Matanzas River, the activities available and the natural and manmade beauty.

But the Preserve's history was rich, even before its purchase in 1886 as a hunting lodge by 24-year-old Henry Cutting, wealthy descendent of the Dutch who bought Manhattan for beads.

Before then, in 1788, a 1,105-acre plot was given as a Spanish land grant to Minorca-born Francisco Pellicer, part of a group that arrived as indentured servants in 1768 and thrived in the New World. Pellicer and his family lived here for 38 years, growing corn, cane and cotton until they were burned out during the Indian Wars, 1814-1819 and 1835-1842.

The plot became known as Cherokee Grove when H. C. Sloggett established one of Florida's first orange groves here in the early 1800s, according to Ranger George O'Dell.

After Cutting bought Cherokee Grove and several adjacent  parcels to grow his holdings to 1,500 acres, he enlisted artisans already brought to St. Augustine by his friend, railroad magnate Henry Flagler, to construct his Adirondacks-style lodge between 1886 and 1888.

The artisans' use of indigenous materials – cabbage palm and cedar trunks to support the wraparound porch and tabby (a mixture coquina shells and cement) and pink coquina mined from the nearby beach for its exterior – produced an excellent feat of adaptation.

Florida's first in-ground pool, where the rich and royal frolicked in spring-fed 72-degree water, is a shadow of its former innovative glory, but O'Dell hopes that someday funds will be available to restore it.

Place for a Princess

Cutting brought his bride Angela here – they married in 1888, the year the lodge was finished – and along with a home in St. Augustine, this place became their winter escape. She loved it and relished hosting their New York friends. After Cutting's sudden death four years later and her remarriage to New York stockbroker J. Lorimer Worden in 1901, she continued coming to Cherokee Grove.

After a rancorous divorce from Worden in 1922, Angela met and married an exiled Russian prince, Boris Sherbatow, in 1924, gaining the title of Princess. Cherokee Grove was their home for 25 years, and as Angela became more royal than the prince, it soon became known as Princess Place.

"Boris didn't like it," O'Dell said. "He spent his time in St. Augustine."

No one seems to know what difference he thought such a minor change would make, but Prince Boris, feeling endangered by his claims to the Russian throne, transformed his name to Sherbatov. Meanwhile, he and Angela entertained other royals and the international society set in St. Augustine and at Princess Place.

He died in 1949 of natural causes, but the princess didn't sell her beloved Princess Place until 1954. She died in St Augustine two years later at the age of 87.

Two subsequent Princess Place owners – first Angela and Lewis Wadsworth, a pair of the state's first and most ardent environmentalists, then another pair of environmentalists, Conway and Polly Kittredge – preserved the property, making it the only Spanish land grant in the state with its original acreage still together.

Both owners offered Princess Place to the state for acquisition, but it wasn't until 1993 that Flagler County was able to purchase 435 acres. Princess Place Preserve was formally dedicated in 1994, and a year later, an additional 1,100 acres were added. It now consists of more than 2,200 acres.

Ironically, after so many years of overnight visitors from high society, the only overnighters here now are primitive tents-only campers. Each of the seven family campsites comes with a view of the water.

Equestrian groups take advantage of the equestrian and group campsite by night, and access to miles of trails, including the land bridge over I-95, by day.

Overnighter or day tripper, take the time to wander the trails and you're likely to encounter the real residents of Princess Place – herds of white-tailed deer, red fox, bobcats, opossums, raccoons, barred owls, armadillos and Florida panthers among them.

"It's pristine land; you never know what you're going to see," said Katrina Austin, Flagler County administrative assistant. "In the spring we have a pair of nesting eagles."

Discover the top preserves of Northeast Florida to experience a large piece of old Florida, fit for a princess.