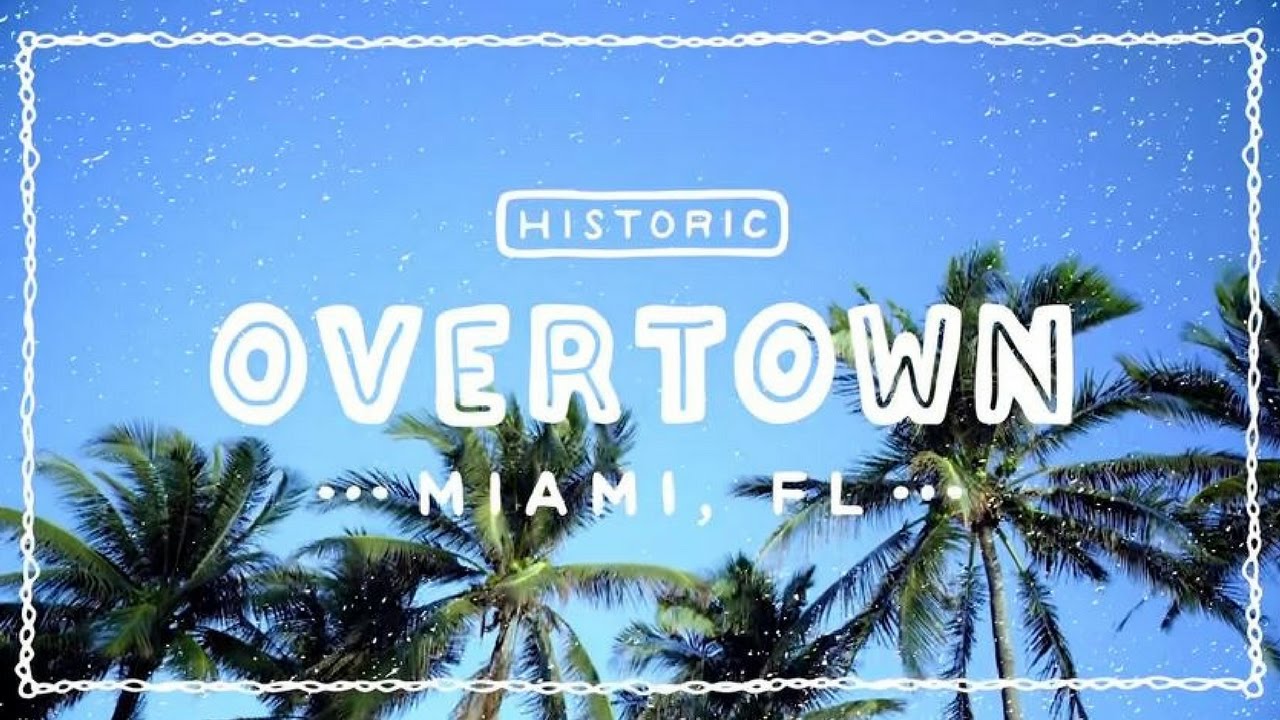 For a half-century, Miami’s Overtown neighborhood has been a place visited for history’s sake.

That’s about to change.

A new performing arts center, art galleries and a trendy inn are rejuvenating one of the city’s oldest African-American communities. Also on the way: a supper club owned by celebrity chef Marcus Samuelsson, who runs the popular Harlem restaurant, Red Rooster.

Overtown’s proximity to a new Brightline Virgin MiamiCentral Station, and the promise of a new, tall bridge freeing the neighborhood from its low-rise overpasses, also means the once-thriving cultural mecca may get its time in the sun again.

“People want to come back to Overtown because of its strong and rich black cultural history,” said Nicole Gates, co-owner of one of the neighborhood’s newest restaurants, Lil Greenhouse Grill.

At the turn of the century, Overtown was a black diaspora community of American southerners and Caribbean immigrants who arrived in Miami to work on oil tycoon Henry Flagler’s new railroad. In its golden age from the 1930s through the ’50s, Overtown was considered the “Harlem of the South.”

Sam Cooke recorded “Live at the Harlem Square Cub” here. Before he became Muhammad Ali, Cassius Clay used to shadow box down Northwest 2nd Avenue. Louis Armstrong, Ella Fitzgerald, Billie Holiday and Josephine Baker all headed “over town” to jam and sleep on this side of the railroad tracks after performing in Miami Beach’s segregated nightclubs.

Then, in the 1960s, two expressways were constructed through the middle of the community. In less than a decade, the fragmented neighborhood saw its population shrink from over 30,000 to less than 10,000. Businesses closed. Poverty climbed.

Still, the area’s strong roots have remained – for now.

Overtown currently sits in a desirable pocket close to Miami’s awakening Arts & Entertainment District, home to the Adrienne Arsht Center for the Performing Arts, Perez Art Museum Miami and the Frost Museum of Science. Just north is the hip, graffiti-walled Wynwood Arts District. Within walking distance is the second-largest urban project in the United States, the downtown 28-acre Miami Worldcenter, a complex of condos, high-end shops and restaurants, and a hotel and convention center slated for completion in 2021.

In 2018, Overtown was named an “Opportunity Zone” by the state, with new tax incentives encouraging developers to snap up property there. More than a dozen apartment buildings, stores and lots have been purchased.

Visitors today will find an authentic, historically black neighborhood with a looming question: Will future growth erase or celebrate Overtown’s remarkable past?

Northwest of downtown Miami, Overtown occupies two square miles roughly bordered by Northwest 20th Street to the north, Northwest Fifth Street to the south, the Miami River and Dolphin Expressway (State Road 836) to the west and the Florida East Coast Railway and Northwest First Avenue to the east.

A good starting point to explore the historic heart of the neighborhood is the Lyric Theater, 819 NW 2nd Ave., where Cab Calloway, Count Basie and other legendary artists once performed. The restored 1913 theater houses The Black Archives research center and a welcome center. Every first Friday of the month is “Amateur Night,” with a happy hour and DJ. The audience decides who takes home the $500 prize as a Bahamian Junkanoo band ushers less-favored performers off the stage.

Miami’s historic black neighborhoods – and their restaurants – reflect a blend of ancestry from the Caribbean West Indies, West Africa and the Old South.

The Caribbean-infused Two Guys, 1490 NW 3rd Ave., also is a neighborhood fixture, with jerk pork, curry goat, short ribs, smothered steak, okra and hush puppies. House of Wings, 1039 NW 3rd Ave., is a popular counter-service corner store with over 60 flavors of chicken wings, including Hennessy Glaze, Citrus Island Breeze and Barack Obama. The colorful mural on the outside of the wings spot was painted by R&B singer Chris Brown and fashion designer Ron Bass in 2014.

Lil Greenhouse Grill, 1300 NW 3rd Ave., is the new kid on the block, featuring “neo-soul cuisine” with a healthy twist, including chicken and waffles, grilled shrimp and chicken, mac-n-cheese and banana pudding.

Purvis Young , the patron saint of art for Overtown, was a prolific, self-taught artist who started painting in the 1970s on plywood and metal he found on the streets, nailing his work to vacant storefronts. His raw, hopeful scenes depicted African Americans as angels in chains or without homes, pregnant women, wild horses, scenes of social unrest, funerals and lynchings.

His paintings can now be found at the Corcoran Gallery of Arts, the High Museum of Art and the National Museum of African American History and Culture, as well as in the personal collections of Jane Fonda, Damon Wayans and Dan Aykroyd. Young died in 2010 at the age of 67, but his art lives on in the streets. The “Welcome to Overtown” mural on the Metrorail overpass at Northwest 3rd Avenue and Northwest 11th Street is a replica of his signature wild horses, angels and city buildings painted in shades of yellow, green, pink and blue. The Overtown Public Library, 350 NW 13th St., has its exterior walls adorned with Young’s paintings. The Lyric Theater houses a collection of his works.

Built in 1925, the Ward Rooming House, 249 NW 9th St., used to provide a safe place to sleep at night for black travelers and Seminole Indians banned from downtown Miami hotels. Today, the two-story building is an artists’ residence and gallery, with shows curated by Hampton Arts Lovers, a group associated with Hampton University that is dedicated to African-American fine art.

The Overtown Music & Arts Festival is an annual event anchored by the Ward Rooming House and its surrounding blocks on Northwest 3rd Avenue between Northwest 9th and 11th streets. The free, all-day festival occurs every July and showcases music, art, food and an interactive children’s village.

Akino West and Jamila Ross pose for a portrait outside their The Copper Door B&B.

Ross is a Culinary Institute of America-trained chef who has worked in restaurants in Manhattan, Dubai, Kuwait and Miami Beach. West, who grew up in South Florida, attended Johnson & Wales University and earned his kitchen cred working at Miami star restaurants like Michael’s Genuine and Ghee Indian Kitchen, as well as Copenhagen’s Noma, ranked best restaurant in the world by Restaurant magazine four years in a row.

Some of Miami’s oldest and grandest churches can be found in Overtown, where they created a stronghold for Marcus Garvey’s black nationalist movement and, later, the civil rights movement.

Built in 1927, Greater Bethel AME Church, 245 NW 8th St., is an imposing, Mediterranean-style building where Dr. Martin Luther King Jr. delivered a speech in 1958. Its congregation dates back to 1896, the same year Miami became a city, thanks to black male voters who stepped in to vote and fulfill the state’s charter requirements when too few white voters turned out.

Nearby, the large, Mediterranean Revival-style Historic Mt. Zion Missionary Baptist Church, 301 NW 9th St., replaced an earlier frame church as the home of one of Miami’s oldest African-American congregations, also founded in 1896. With its elements of Gothic Revival and Mission design,

Historic St. Agnes Episcopal Church, 1750 NW 3rd Ave., was organized in 1898 by a group of mostly black Bahamian Anglicans. Its architecture reflects a mix of Neo-Classical and Mission style, with an ornate, carved marble altar and detailed ceiling inside.

A.M. Cohen Temple, 1747 NW 3rd Ave., was organized by a South Carolina native who relocated to Miami to work on the railroad and stood for the incorporation of Miami. On the same street, St. John’s Baptist Church, 1328 NW 3rd Ave., is a rare example of Art Deco Moderne architecture. Built in 1940, it was designed by architects McKissack & McKissack, the first African-American-owned architectural firm in the United States.

The 11-acre City of Miami Cemetery, 1800 NE 2nd Ave., dates back to 1897, when whites were buried in the eastern portion and blacks in a section to the west. It’s where “Mother of Miami” Julia Tuttle’s grave is located, along with the graves of the city’s African-American pioneers, such as Rev. Theodore Gibson, a NAACP leader, and the city’s first black commissioner, Judge L.E. Thomas.

The Black Police Precinct & Courthouse Museum, 1009 NW 5th Ave., was an all-black precinct and courthouse during segregation in the 1950s. It exhibits historical memorabilia of the first black police officers in the city of Miami, and offers tour and lectures.

Bisected my two freeways, Overtown can be a difficult neighborhood to traverse. Fortunately, there are tour companies that can help.