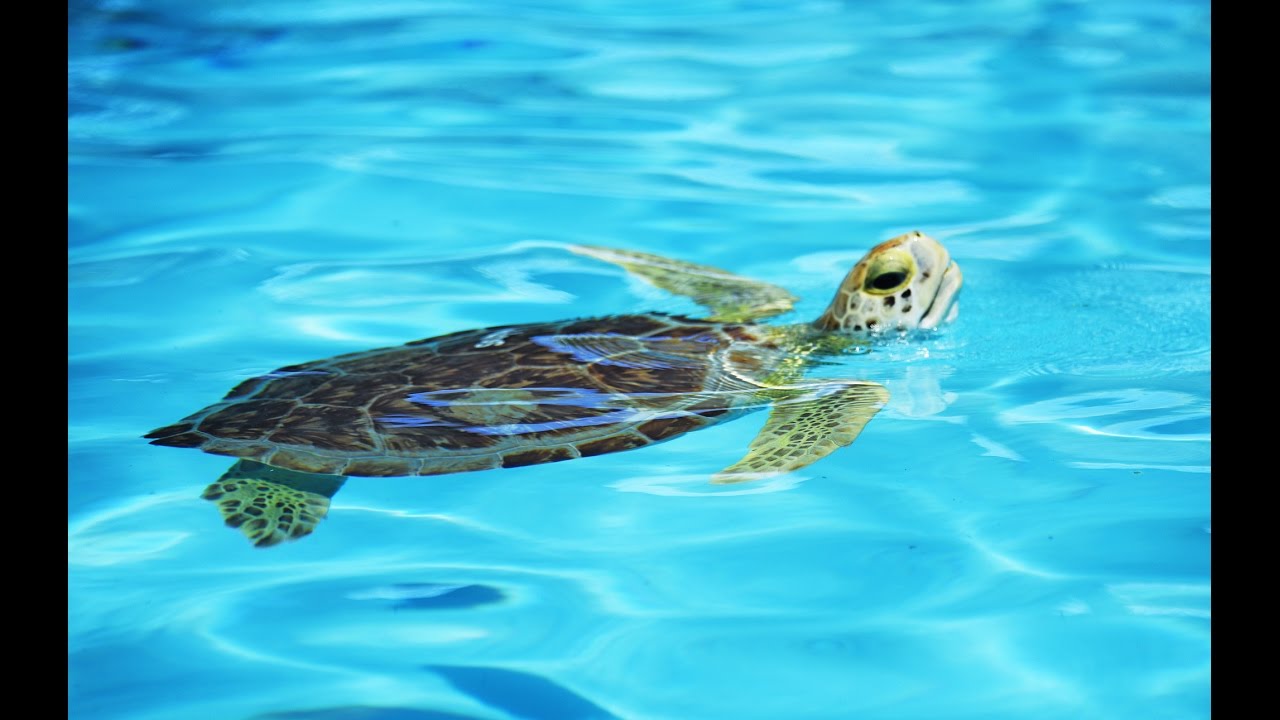 The Florida Keys: The Sea Turtle Hospital on Marathon

Richie Moretti, the famous sea turtle man, is one of the great environmental heroes of the Florida Keys. More than three decades ago the Volkswagen repairman moved to Marathon in the Central Keys to run a little motel and to do some fishing.

He fished for mahi mahi and tarpon and giant grouper and had himself a ball. Only one thing: He kept finding injured and sick sea turtles.

Some endangered sea turtles were tangled in discarded fishing line and could hardly swim. Others had ingested plastic garbage bags and discarded balloons and couldn’t eat. Some turtles, hit by speeding boats, had cracked shells. But the most disturbing thing Richie had ever seen – and he’ll still you tell you this – were the green sea turtles with enormous tumors growing on their flippers and heads.

Moretti is in his 70s now. He has always been one of those folks who doesn’t shrug his shoulders when something needs to be done. So back when he first moved to the Keys he’d pick up those suffering turtles and bring them to friendly veterinarians in the town of Marathon. Pretty soon that’s all he was doing.

In 1986 he turned his motel into a turtle rehab center. Another building – the strip joint next door that he also bought – became the hospital. Eventually he hired a staff. Now he’s poised to hire a full-time veterinarian. Who pays for it? Visitors like me and you. He charges adults $22 for an educational tour of the facility. That’s 40 tourists nine times a day. Every dime earned dime goes to helping turtles.

Moretti’s Turtle Hospital, among the first of its kind in the world, is located at 2396 Overseas Highway. In one building is the operating room where turtles are repaired. It’s where tumors caused by the mysterious fibropapilloma virus are cut away, where broken shells are patched with fiberglass and plastic debris is removed from turtle stomachs.

From there recovering turtles are placed in small holding tanks until they grow strong enough to eat on their own. Next they go to slightly larger tanks shared with other turtles. After that they are moved into a 100,000-gallon saltwater pool where they can easily swim and gather their strength for the final step months later – the day Richie and his staff release them back into the wild. Over the years Richie has saved more than 1,500 turtles from death.

The Sea Turtle Hospital is so well known in the Keys that fishermen now bring him injured and sick turtles. But when they can’t, Richie sends out one of his two turtle ambulances. They’re equipped with kayaks and netting (in case a technician has to chase down an ailing turtle).

If an ambulance won’t start or breaks down, no problem. The sea turtle man and former auto mechanic knows what to do. Anyway, ambulances are easier to fix than sea turtles.