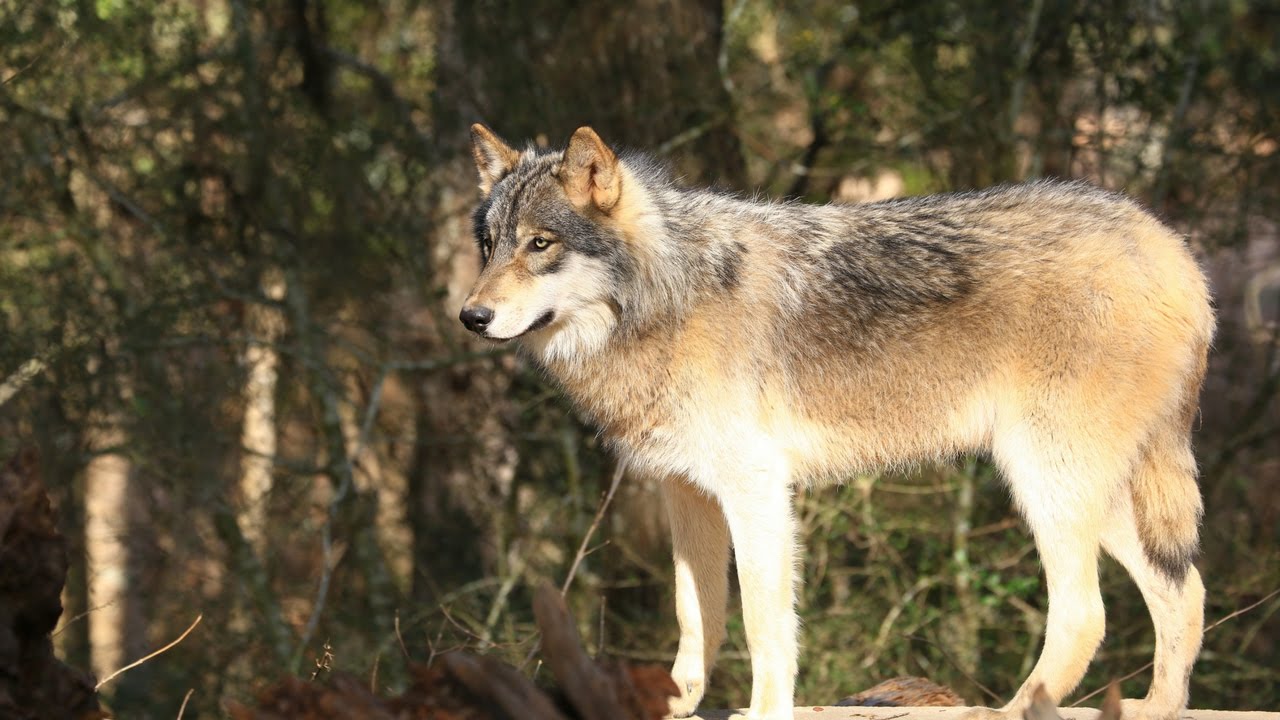 In the nearly 200 years since Washington County, Florida was created in 1825, it hasn’t strayed too far from its roots.

There are still nearly 400,000 acres of open fields and dense forests, but now they’re crossed by two-lane roads and dotted with small communities, a state park featuring Florida’s highest waterfall, a world-class wolf preserve, a riverfront water park, and an annual celebration of a beloved marsupial.

Which is more than enough to make Washington County, Florida worth a trip.

Each summer back in the 1970s, my family would load up in the station wagon and drive five hours to the Washington County seat of Chipley just so my brothers, sister, and I could spend time with our cousins Kathy and Taffy. I realized even then Chipley was a rural place, but didn’t know it would’ve been even more rural if not for the railroads.

So vital were the railroads to Washington County that their story is shared at Chipley’s Washington County Historical Museum. The small center is in the Bill Lee Station beside the tracks in the heart of Chipley and is filled with railroad memorabilia along with artifacts, maps, and displays on the Indians, Spanish, and English who once made their home here.

Beside the station, the former Louisville & Nashville Depot is now the site of a summer and fall farmers market, open Tuesdays, Thursdays, and Saturdays from 8 a.m. to noon.

Where the old L&N line slices through town (the tracks run parallel to U.S. 90), the commercial district itself is divided in North Railroad Avenue and South Railroad Avenue. Hair salons are a popular business here, along with a random collection of gift shops and boutiques. Around the corner on U.S. 77 (Main Street) is a very active Piggly Wiggly market and the historic Vance Theatre.

Nearby, the Tourism Development Commission/Washington County Chamber is a convenient spot to pick up detailed maps, brochures, and booklets about local attractions, parks, adventures, and restaurants including the Colonial Restaurant (“From Our Home to Your Table”), a southern-style buffet just down the street.

Leaving downtown, if you head south on Highway 77 you’ll pass a string of chain restaurants and hotels before crossing beneath I-10 on the outskirts of town. On your left at lovely Blue Lake is a small gazebo, a dock, and a boat launch that may persuade you to stop, especially if you’re in the mood for a calming view, some time to fish, or a little time on the water.

You’d have to travel to Walton County to find Florida’s highest point (345 feet above sea level), but to the state’s highest waterfall, just turn left at State Park Road south of Blue Lake and follow it straight to Falling Waters State Park.

Just past the park entrance, a curving road leads to a strange, primeval Jurassic Park-style landscape. A boardwalk leading into the woods makes exploring easy and interesting, with markers identifying trees and signs pointing to various trails that lead to a series of sinkholes, which are the essence of the park.

Some sinkholes that collapsed into the earth have since been outlined by a thick bed of ferns, but the park’s star attraction is the highest (or deepest) sinkhole you’ll find near the beginning of the trail.

At the surface, a ledge slips over the top of a nearly cylindrical 20-foot wide void that, over time, has been drilled down to a depth of 100 feet. This distance is what makes Florida’s highest waterfall possible although, depending on conditions, the flow of water over the rim of the sinkhole may be a surging flood that thunders to the bottom or, sometimes, completely non-existent aside from drops of water falling from the walls.

In addition to the waterfall, the serene park includes a butterfly garden, picnic areas, a lake for swimming, ranger-led programs, and camping.

Since it first went on the air in 1962, “The Beverly Hillbillies” has never really been off television. Its long run means generations of viewers are familiar with the recurring storyline of Granny’s quest to become Beverly Hills’ Possum Queen.

Incredibly, and comically, the town of Wausau (pop. 370) is keeping that dream alive for women across Florida. On the first Saturday in August, a Possum Queen and her Possum King are crowned during the annual Wausau Funday & Possum Festival, which includes a parade, a pancake breakfast, and contests ranging from crosscut sawing and horseshoe pitching to hog callin’, rooster crowin’ and cow lowin’.

While a mental image of Wausau can bring to mind the Clampett’s hometown of Bug Tussle, in reality the one-square mile community is as neat as a pin and seems to be an easygoing place filled with friendly residents. Equally surprising is the sincerity found in the marker that celebrates their favorite animal. You’ll find it diagonally across from the post office on Highway 77.

“Erected in grateful recognition of the role the North American Possum, a magnificent survivor of the marsupial family, pre-dating the ages of the mastodon and dinosaur, has played in furnishing both food and fur for the early settlers and their successors. Their presence here has provided a source of nutritious and flavorful food in normal times and has been important aid to human survival in times of distress and critical need.”

If you’re impressed by Wausau’s celebration of possums, get ready to see what Cynthia and Wayne Watkins have waiting for you down the road. It’s one of Florida’s most unusual – and unforgettable – experiences.

It’s a wonderful drive on Pioneer Road west from Wausau to Highway 278A south; the open road and gorgeous countryside seemingly perfectly designed for an outing in a convertible or a motorcycle. Yet something even better awaits several miles down Bonnet Pond Road (C.R. 278A).

Not only do Cynthia and Wayne Watkins own The Oaks, one of Florida’s most picturesque ranches, their 430-acre ranch encompasses the Seacrest Wolf Preserve, a sanctuary for Gray, Arctic, and British Columbian wolves, the largest such preserve in the Southeast. Perhaps the largest in America.

Inspired by a meeting with an “ambassador wolf” at Yellowstone National Park, Cynthia Watkins wanted to know more about this maligned and misunderstood species. After learning of their strong family structures where individual alpha, beta, and omega wolves work together for the well-being and safety of the entire pack, she and her husband Wayne committed themselves to building bonds between humans and wolves through face-to-face encounters that lead to heart-to-heart connections.

With that, they created the non-profit Seacrest Wolf Preserve where guests meet more than a lone ambassador wolf.

Arriving here in cars and motorcycles and buses, guests from around the world gather on Saturdays (although special charters and VIP tours visit mid-week) for a rare opportunity to connect with wolves.

The entire event lasts between two and a half to three hours, but the unquestionable highlight occurs following the presentation. That’s when guests are led through one gate, which is closed behind them, and then through a second gate that also closes, and then find themselves in a clearing within the forest. Echoing the call of the guide comes the eerie, unified howling of dozens of wolves who, at this point, are still hidden in the woods.

When the wolves begin to appear from out of the forest, the instinctual urge to flee is replaced by a stronger urge to meet them. Good call. As curious as kittens and as gentle as puppies, the wolves greet you with “muzzling,” a sign of friendship that instantly erases every preconception you may have had about wolves. For an extended time, they’ll sit by your side, lie by your feet, and bump against you as a gentle reminder they want their ears scratched.

The preserve is open to guests 10 and older, but before you go, be sure to call ahead for reservations (850/773-2897) and make sure you adhere to the dress code (no cell phones, shorts, bare legs, bare arms, jewelry, leather, camera straps, or sandals). And if you can’t get enough of the experience (who could?), just stick around. The Oaks also includes full hookup campsites and tent sites for an unforgettable overnight experience.

It’s one of the coolest things you’ll find in Florida.

If you’re searching for a high-tech waterpark with high-end aquatic attractions, head to Orlando.

But if you don’t mind spending five bucks for a day at an old-fashioned watering hole with ziplines, rope swings, diving boards, and slides, head over to Holmes Creek. Located in the southwest corner of the county near Vernon, the plain and simple water park also rents single and double kayaks and canoes, and makes things easy by driving guests upriver so they can put in before paddling downstream. En route back to the park, most stop for a dip at the frigid and glassy Crystal Spring.

The whole operation brings to mind simpler times when a tree, a rope swing, and a river meant hours of entertainment. Here on the banks of Holmes Creek in Washington County, it still does.

Geocaching, a modern-day treasure hunting activity, has attracted thousands of participants. For a list of coordinates that lead to places selected for their natural beauty and cultural heritage in the four quadrants of Washington County, visit Washington County Heritage GeoTrail. Geocaching tours in Florida can be a whole lot of fun.

Sandwiched between two separated sections of Holmes County, the community is home to French’s Oyster Bar (a popular seafood and hamburger restaurant on U.S. 90).

Located in Vernon, this primitive Methodist church constructed from heart of pine in the 1850s is said to have been a place of worship for young soldiers during the Civil War. Listed on the National Register of Historic Places, it is also included as part of the Florida Historic Marker program.