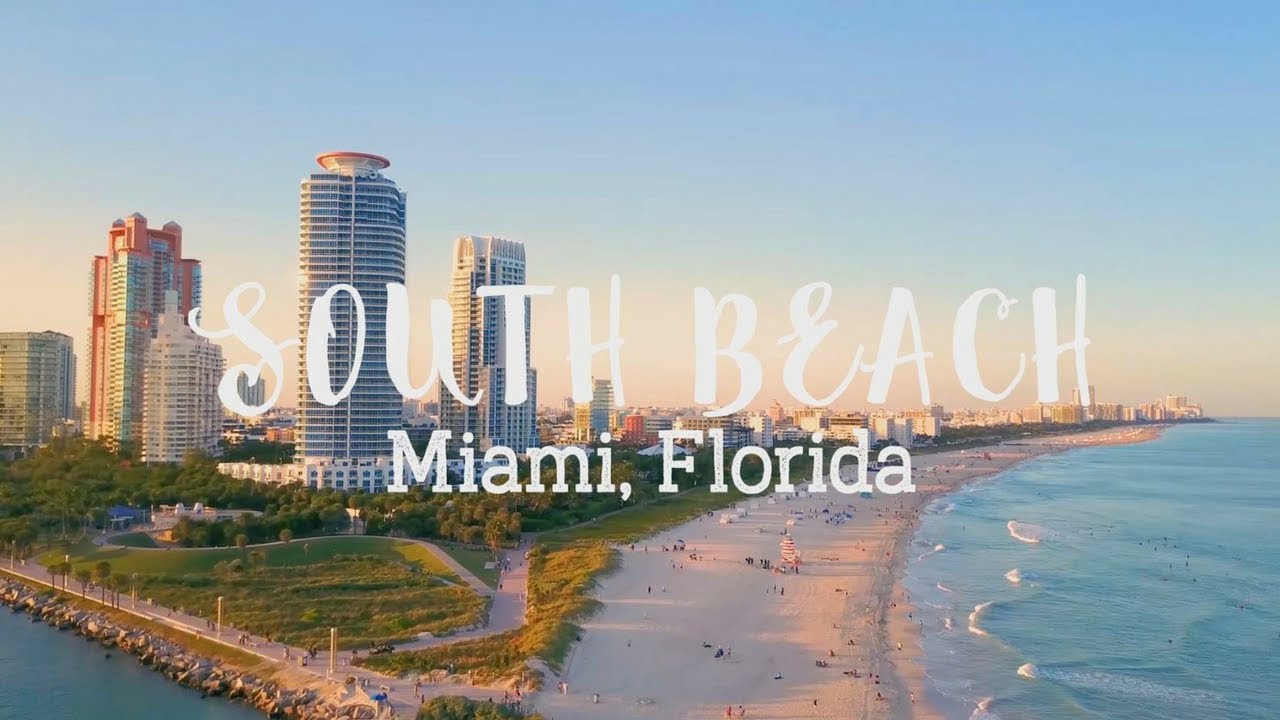 Driving to Florida: Philadelphia to Miami

The drive from Philadelphia to Miami is roughly 1,200 miles. Fully one-third of your trip is driving through Florida.

Think about it. Pennsylvania, Maryland, Virginia, North and South Carolina, and Georgia are in the rear view when you cross the state line on I-95 and pause to get your bearings at the Official Florida Welcome Center. You have arrived, right?

Welllllll … the GPS says Miami is still three hundred and … oh, never mind. It’s pretty far. At this moment, if I might be a friendly voice in your ear, what’s the rush?

Let’s do this Florida vacation right. Miami and the Florida Keys will be waiting. Give yourself an extra day or two and consider some of these remarkable things to do:

- Within easy reach of the Interstate, eco-friendly travelers can immerse themselves in subtropical flora and fauna: alligators and nesting sea turtles and countless species of birds in any one of several dozen national and state parks and aquatic preserves. Start with Boneyard Beach in Jacksonville and see the bleached skeletons of oak and cypress trees that have washed ashore. For pure convenience, stay in your car and ride the seven miles of Black Point Drive at Merritt Island National Wildlife Refuge.
- Florida has 26 designated scenic highways that wind through dense forests, cruise beneath oak canopies, and straddle ocean coastlines. There are 11 rides on your Atlantic seaboard route worth a side trip, such as the Ormond Scenic Loop and Trail.
- The South Jersey beaches, aka “downashor” (the spoken Philly shorthand), are a summer tradition. Florida’s 800 miles of beaches are a year-round blessing. Of the 24-mile-long Canaveral National Seashore, Jon Wilson wrote: “First impressions may disorient you. Space and time uncouple. This is a Florida beach, but look up and down it. No buildings crowd in. Traffic doesn’t drone. You won’t see parasailing, tiki huts, volleyball or cabana rentals. You may not see another human being.” More beaches in a minute.

You can create your own travel itinerary for driving from Philly to Miami with the VISIT FLORIDA planning tool, but here are some more thought starters on what you can appreciate on your road trip through Florida, and what to expect when you reach South Florida.

The Speedway is an American sports shrine, right there with Fenway Park and Wrigley Field, Augusta National and Pebble Beach, Madison Square Garden and the Los Angeles Coliseum, and Philly’s Franklin Field and the Palestra. Take the Speedway tour and then drive your car onto the beach as the original racers did.
Time allowance: 1-2 days.
Distance from Miami: 260 miles (420 kilometers)

For close to 60 years, Florida has been the world’s launchpad for manned space flight. Mercury. Gemini. Apollo. The space shuttle. At the Kennedy Visitors Center, you can stroll through a garden of rockets or watch one rise into the blue.
Time allowance: 1 day.
Distance from Miami: 220 miles (355 kilometers)

Florida is the golf capital of the world, with 1,200 courses, the PGA and LPGA headquarters, and the World Golf Hall of Fame. Jack Nicklaus, Tiger Woods, and Annika Sorenstam are among the many golf greats who live and play here. On the drive down Florida’s Atlantic coast ... Dare the golf gods at TPC Sawgrass’s No. 17 island green. Test the ocean breezes at Hammock Beach. Challenge the Bear Trap at PGA National.
Time allowance: 1-2 days.
Distance from Miami: 0-342 miles (550 kilometers)

The Anastasia limestone shoreline of Blowing Rocks Preserve provides a daily visual drama when the incoming Atlantic surf explodes upward through the nooks and crannies.

Blowing Rocks Preserve, a “beach” of limestone outcroppings that provide blowholes for incoming waves, is probably the most famous of Martin County’s 22 miles of natural coastline. Onshore, but still on the water, the Scenic Blueway covers 38 miles of the St. Lucie River and Indian River Lagoon. From Stuart, the many natural and artificial reefs are a colorful playground for divers.
Time allowance: 1-2 days.
Distance from Miami: 120 miles (190 kilometers)

Atlantic Avenue, which runs through the center of town from I-95 to the ocean, is the longest main street in Florida, filled with art galleries, upscale shops, fine restaurants, and nightly entertainment. The beach is a popular launch point for kiteboarders.
Time allowance: 1-2 days.
Distance from Miami: 56 miles (90 kilometers)

A boat makes its way down the South Fork New River past Lewis Landing Park in Fort Lauderdale, Fla. The Atlantic coast destination has more than 160 miles of navigable waterways and is known as the Venice of America.

Fort Lauderdale is a two-week vacation unto itself. Welcoming. Glamorous. Relaxing. Big city and wilderness. First thing? Get a boat. Fort Lauderdale has 160 miles of navigable waterways, which provide a front-row seat to the yachts and mansions on Millionaires Row, al fresco dining along the Intracoastal Waterway, and a first-hand appreciation of the Venice of America. No boat? Then "follow the red brick road" of the Fort Lauderdale Riverwalk, the landscaped park, to the Arts and Entertainment District.

There are thrills and inspirations in every direction:
- to the west, an airboat ride in the Everglades.
- to the north, Wilton Manors is the civic heart of Fort Lauderdale’s LGBTQ+ community.
- to the east, Fort Lauderdale Beach and the curving wave wall defining the promenade that parallels the sand and the Atlantic Ocean.
- to the south, Hollywood’s Broadwalk (note the spelling) is one of the most satisfying strolls (or two-wheeled rides) in America.
Time allowance: 1-2 days to a week.
Distance from Miami: 35 miles (55 kilometers)

You have arrived in one of the vacation capitals of the world. Just say the name -- Miami -- and the tempo quickens.

And those memorable names -- which have embossed an international reputation for glamor and excitement over generations -- just keep coming: South Beach, Coconut Grove, and Coral Gables; Biltmore, Fontainebleau, Eden Roc, and Intercontinental; Vizcaya and Deering; Art Basel and Art Deco.

Neighborhoods
- Overtown. A new performing arts center, art galleries, and a trendy inn are rejuvenating one of the city’s oldest African-American communities. From Jodi Mailander Farrell: “Sam Cooke recorded ‘Live at the Harlem Square Club’ here. Before he became Muhammad Ali, Cassius Clay used to shadow box down Northwest 2nd Avenue. Louis Armstrong, Ella Fitzgerald, Billie Holiday and Josephine Baker all headed ‘over town’ to jam and sleep on this side of the railroad tracks after performing in Miami Beach’s segregated nightclubs.”
- Wynwood. The renaissance of the former warehouse district began with murals and graffiti. Today, according to the Greater Miami Convention and Visitors Bureau, “there are more than 70 galleries and museums, dozens of new restaurants and bars, and hundreds of companies, creators, and innovators working in a place that just feels alive.”
- Little Havana. Calle Ocho is where Miami’s Cuban exile experience began. Sip cafecito and eat guava and cheese pastelitos at Versailles. Take your Cuban sandwich to Domino Park and watch the furious fun. And when the sun goes down, move your hips to the beat at Ball and Chain.

The Arts and the Performers
- At Perez Art Museum Miami, the collection, exhibits and the museum itself celebrate the links between Miami and Latin America, the Caribbean and the world beyond.
- The Phillip and Patricia Frost Museum has four distinct buildings dedicated to science: aquarium, a planetarium, learning laboratories, and spaces for rotating exhibitions. Watch the hypnosis happen as children take a seat on the floor and look up through the Oculus lens at the hammerhead shark and rays swimming overhead.
- Of the Adrienne Arsht Center for the Performing Arts Saundra Amrhein wrote: “The Center and its two massive buildings straddle Biscayne Boulevard like enormous ships anchored at a dock. With all that it offers inside – from Broadway shows to international symphony orchestras, from opera and classical ballet to the biggest names in jazz, comedy and rock music – the Center has become an anchor of another kind.”
- Big cities have big-city sports. Miami has baseball’s Marlins, basketball’s Heat, football’s Dolphins, hockey’s Panthers, soccer’s Inter Miami CF, plus multiple major universities.

The Great Outdoors
- Juxtaposed with Miami, one of the world’s most cosmopolitan cities, is the Everglades, the great subtropical wilderness that is home to the endangered Florida panther and the rare ghost orchid and the unconquered Miccosukee tribe; a River of Grass that is best explored by airboat or intrepid swamp walkers.
- Just an hour’s drive from Miami’s glittering skyline, Biscayne National Park is a snorkeler’s paradise, encompassing two-thirds of Biscayne Bay, the northernmost Florida Keys and the northern portion of the world's third-largest coral reef system.
- There is some validity to South Beach’s reputation as “a sunbathe-all-day, dance-all-night party paradise.” The fact is, this is one of the most stunning stretches of coast on the planet. Farther north is Haulover Park, Florida’s best-known public nude beach.

AND IF YOU’RE THIS FAR SOUTH … THE FLORIDA KEYS

The drive
- The Florida Keys Highway, aka the Overseas Highway, is Florida’s ultimate scenic drive: 106 miles of “screensaver photos so blindingly gorgeous that they hardly look real.”

Islamorada
- This is the Keys’ primary port of call for saltwater anglers -- the Sportfishing Capital of the World. But activities under, above or near the water are available here 24 hours a day. One bucket-list must is dangling a minnow from the dock at Robbie’s and watching a 6-foot tarpon swallow the fish and your helping hand.