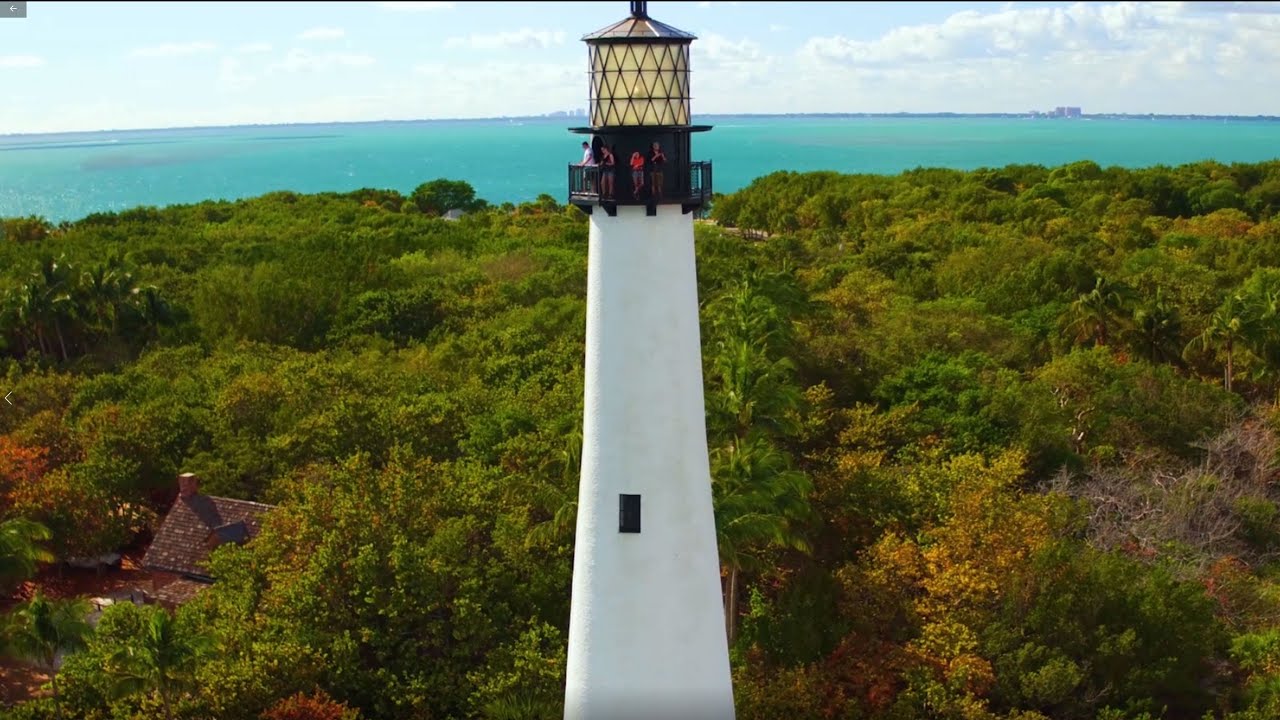 Driving to Florida: Atlanta to Miami

The drive from Atlanta down Interstate 75 to Florida's southwest and then across to Miami is roughly 665 miles -- maybe 12 hours if you push it.

And if you've searched the Internet and landed on this story, then chances are you’re planning a Florida vacation. But believe me when I tell you: There is no reason to rush this road trip.

Set aside a day or two at the front and/or back end of your vacation to Miami and you might:
- bounce on whitewater rapids, experience a baptism in Florida’s real fountains of youth, zip 10 stories above a limestone canyon, and bike an epic trail;
- see wild horses and bison on the prairie or ogle champion thoroughbreds and equestrian in the Horse Capital of the World;
- waterbug over the River of Grass on an airboat or bear witness to nesting sea turtles;
- explore any one of three dozen national and state parks, forests, preserves, and wildlife refuges.

You can create your own travel itinerary for driving from Atlanta to Miami with the VISIT FLORIDA planning tool -- but here are some more thought starters on what you can appreciate on your road trip through Florida, and what to expect when you reach Miami.

Here are some Florida things to do from north to south, as well as the distances from Miami and the addresses of each point of interest, so you can program them into your GPS.

Skydive City/Z-Hills
Also known as Pasco County, this North Suncoast destination just north of Tampa celebrates the Florida outdoors. For the big picture, if you dare, first consider the view from 10,000 feet above Skydive City, the internationally recognized drop zone for parachutists from dozens of countries. Back on terra firma, less adrenalin is required to paddle the salt springs at Werner-Boyce State Park, get properly soaked at the Lift Adventure Park, or greet the sunrise in a hot-air balloon.
Time allowance: 4 hours to a couple days.
Distance from Miami: 302 miles (486 kilometers), but 35 miles shorter if you divert from here to the Florida Turnpike.

4000 State Road 64 and Gulf Drive, Holmes Beach
From Caladesi Island to Naples, there are literally dozens of renowned beaches worth a layover. But for the sake of a good argument, here are two. Anna Maria Island is a seven-mile strip of white sand and retail-residential charm just south of Tampa Bay on a map and 20 minutes drive from Bradenton. One county south, Siesta Key is a regular on any roster of best beaches in America and is a family favorite for its broad swath of sand, gentle Gulf surf, and numerous amenities.
Time allowance: 4 hours to 4 days.
Distance from Miami: 230-250 miles (370-400 kilometers)

Ringling Museum
There's a substantial concentration of arts per square mile on the Sarasota waterfront. The John and Mable Ringling Museum of Art pays homage to America’s famous circus family. A walk through sculpture-filled gardens takes visitors to Ca’ d’Zan, the Venetian Gothic palace (56 rooms) that was the Ringlings’ home. Within the same campus, Asolo Repertory Theater stages up to 15 productions each season.
Time allowance: 4 hours.
Distance from Miami: 237 miles (380 kilometers)

4100 Harbor Drive, Venice
Natural treasure in the form of shark’s teeth regularly wash ashore on Venice beaches. Plus, you are a short drive from the landscaped boulevards and northern Italian architecture of downtown Venice.
Time allowance: 4 hours.
Distance from Miami: 218 miles (350 kilometers)

112 Periwinkle Way
Shelling is such a popular pastime in Sanibel that the common beachgoing posture earned the moniker above. The global reputation is further confirmed by the Bailey-Matthews National Shell Museum.
Time allowance: 4 hours.
Distance from Miami: 165 miles (265 kilometers)

Cayo Costa State Park is a sanctuary on the sea.

Ding Darling National Wildlife Refuge
To fully grasp the relationship between Fort Myers and its beaches and hundreds of islands, take to the water. There are mangrove keys and small islands that are maternity wards for nesting birds. There are renowned destinations: Captiva and Sanibel for their natural beauty and resort hotel options; Cayo Costa State Park, a sanctuary on the sea. And there is Ding Darling, established in 1945 by President Harry Truman and an on-again, off-again home for otters, bobcats, manatees, loggerhead sea turtles, and 245 species of birds.
Time allowance: 1-2 days.
Distance from Miami: 169 miles (271 kilometers)

2350 McGregor Blvd., Fort Myers
From a previous VISIT FLORIDA story: “What first strikes a visitor to the Edison & Ford Winter Estates ... is the banyan tree. It is as sprawling and mighty as the story of Thomas Alva Edison, whose estate it decorates.” Edison remains America’s most prolific inventor with 1,093 patents that include the phonograph, the motion picture camera, and the electric light bulb. Edison fell in love with Fort Myers in 1885 and built a winter retreat along the Caloosahatchee River that included houses, a laboratory, and extensive gardens. Thirty years later, his friend (and auto magnate) Henry Ford became his neighbor. A selfie beside the statue of Edison under the banyan tree is a requirement.
Time allowance: 4 hours.
Distance from Miami: 159 miles (255 kilometers)

Cape Romano shoals invites you to a wonderland of sand and clear water.

Ten Thousand Islands
Terry Tomalin wrote: “Spending a few days in the wilderness of Florida Bay is a great way to decompress and blow off some steam. Out here among the Ten Thousand Islands, there are no traffic jams, crowds or cell phones to get the blood boiling.” The name is a bit of hyperbole, though; there are really a couple hundred islands. Cape Romano, a ribbon of white sand in a blue-green sea, looks like a question mark. As if to ask: What took you so long?
Time allowance: 2 days.
Distance from Miami: 107 miles (172 kilometers)

30000 Gator Tail Trail, Clewiston
America’s great subtropical wilderness, one of the wonders of the world, is full of wondrous names that summon your sense of adventure: Fakahatchee Strand, Big Cypress Swamp, and the Miccosukee. Native Florida author Jeff Klinkenberg’s “favorite unpaved, alligator-infested Big Cypress byway loops 25 miles off the Tamiami Trail into the deep Everglades. Encountering a panther or a bear is always a possibility. But seeing a reptile is almost a sure thing.”
Time allowance: 1-2 days.
Distance from Miami: 88 miles (141 kilometers)

Let’s begin at the ocean. South Beach is a 24-7 high of daylife and nightlife -- shopping on Lincoln Road, the pastel geometry of the Art Deco district, the main course at Joe’s Stone Crab.

A woman with a prosthetic leg paddleboards off Crandon Park.

Crandon Park unites golf and tennis, an environmental study area of the original, wild south Florida, and one of America’s best beaches.

Exploration of any of Miami’s neighborhoods and next-door cities could fill your calendar for a week or more. The names are legend: Little Havana, Coconut Grove, Coral Gables, Historic Overtown, Wynwood, and the Design District.

There are stories -- a 900-year-old monastery, a Gilded Age museum, and a monument to unrequited love.

The lighthouse at Bill Baggs Cape Florida State Park was the southern terminus of the Underground Railroad, a point of departure for slaves to escape to the Bahamas and freedom.

The Biltmore in Coral Gables is a nearly 100-year-old national historic landmark that still can claim the largest hotel swimming pool on America’s East coast.

The Monastery of St. Bernard de Clairvaux was built in the mid-12th century in Segovia, Spain. William Randolph Hearst purchased the buildings and the monastery ultimately was rebuilt -- stone by stone -- in the 1950s. Services are held on Sundays and weekdays in English and Spanish.

And that Latvian love story? Edward Leedskalnin loved Agnes Scuffs. She got cold feet the day before their wedding. Edward immigrated to Florida, but his heart remained in Latvia. Over the next 28 years, he secretly sculpted and moved 1,100 tons or coral to build an open-air castle as a shrine to Agnes.

Okay, the kids are getting antsy. Enough history already. So feed a giraffe or a rhino at Zoo Miami, scale the Mt. MichiMu rock climbing wall at Miami Children’s Museum, and swim with dolphins at Miami Seaquarium.

Croquetas are the quintessential Miami snack food. You get them at any coffee window, but some of the best are at Enriqueta’s Sandwich Shop.

Hometown Bar-B-Que is putting the gritty Allapattah neighborhood on the map.

Versailles on Calle Ocho is the bucket-list destination for Cuban coffee and flan -- at the walk-up La Ventanita coffee window or inside the mirrored restaurant.

Garcia’s has a not-so-secret family secret about why their seafood is so good: They own their fishing boats and the catch is always fresh.

For dessert, grab a lemon icee from the truck in Kennedy Park or an Abuela Maria ice cream cone at Azucar.