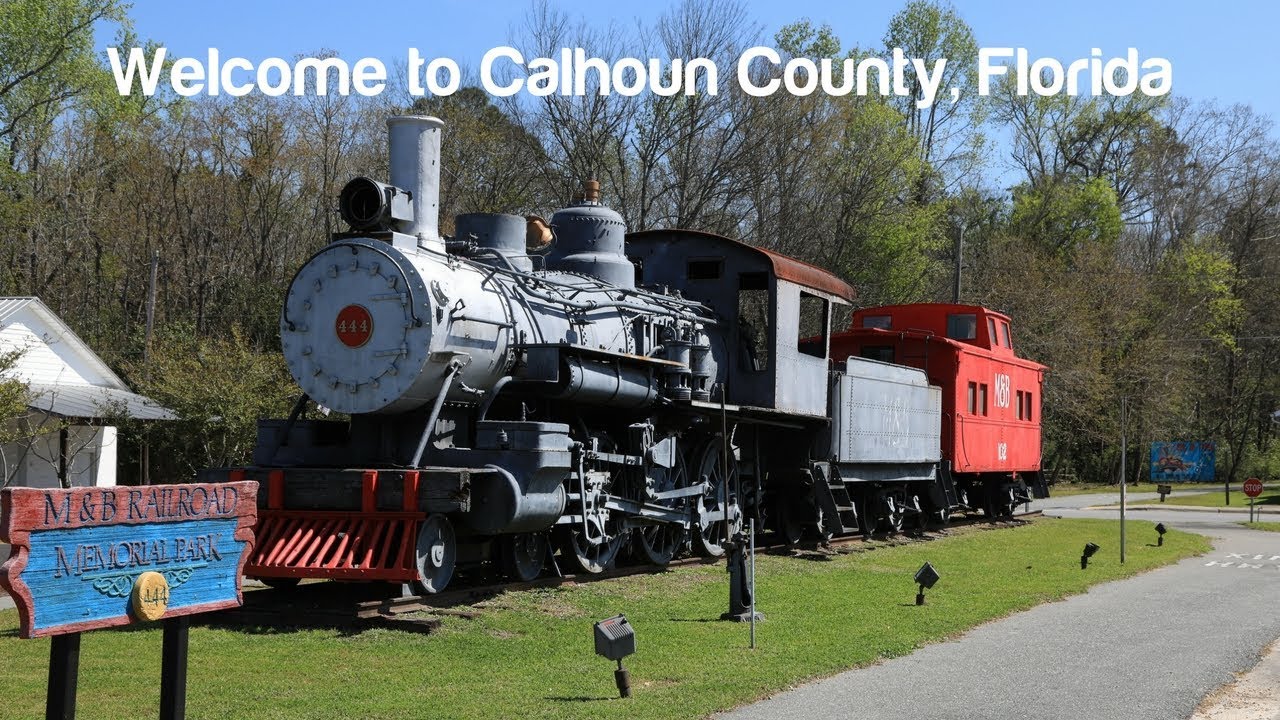 With about 15,000 residents in the entire county (or roughly 26 people per square mile), odds are you won’t feel hemmed in when you visit Calhoun County.

Not only does it offer plenty of elbow room, several scenic rivers invite you to simply go with the flow.

The essential facts reveal that the county was created in 1838 and named in honor of John C. Calhoun, a senator for South Carolina. Go figure.

Prior to that, the 1832 Treaty of Payne’s Landing (which followed in the wake of 1830’s Indian Removal Act), pressured Apalachicola Band Chief John Blount to give up his land and head to Texas so his land could be passed over to white farmers and other settlers. Blount died soon after reaching Texas. His consolation prize? A namesake county seat that was chartered in 1903.

With the Apalachicola River at the county’s edge, steamboats were one engine that drove county’s commerce. Another was the proliferation of sawmills. But with the demise of steamboats and the loss of forests the pace was set, and it was slow.

Today there is only one city (Blountstown), one town (Altha), and 26 unincorporated communities in Calhoun County. With room to roam, you have free rein to take in the highlights at your own pace. There are few centralized areas that cater to tourists, but there are quite a few places tourists should consider.

On Highway 20 just outside the Old County Courthouse (now the home of the Sheriff’s Office) you’ll see the only Florida Historic Marker written in two languages: English and Apalachicola Muskogee/Creek.

In alternating languages, the marker tells the story of the Apalachicola Creek Indians who, in 1815, permanently settled in what became Calhoun County. After establishing a new tribal town, the 1823 Treaty of Moultrie Creek recognized “Cochranetown” with its 100 families as part of the Blunt-Tuskie Hajo Reservation. Less than a decade later, the Indians were forced out when the 1832 Treaty of Payne's Landing pulled the land out from under them – although their unbroken line of titled chiefs continues to this day.

On the site of an old railroad line, the centerpiece of M&B Railroad Memorial Park is a now-idle Baldwin 4-6-0 Ten Wheeler locomotive. Built in 1911, it once had the distinction of hauling passengers, produce, mail, and lumber on Florida’s shortest railroad: Just 29 miles between Marianna and Blountstown – hence “M&B.”

The run lasted until 1972, but memories of the M&B lingered and in 1994 the park was dedicated to the short line’s long history. Passing the train is one of the town’s most popular destinations…

Like many old railroads that fell into disuse, the M&B Line got a new life when it was recycled as a recreational trail. This 3.4 mile wheelchair-accessible paved trail is a point of pride for the community; just long enough to give you a workout and just short enough to be enjoyable for inline skating, bicycling, walking, and wildlife viewing. It’s worth noting that this is part of the Florida National Scenic Trail, a hiking and backpacking route that stretches more than 1,000 miles from the Georgia border to the Everglades.

Blountstown is nothing if not steeped in history, and the best evidence of that is this settlement near the end of the Blountstown Greenway.

This existence of this must-see attraction can be credited to just two people: Willard and Linda Smith. When they thought Blountstown was the right place to park an assortment of historic structures reflecting the life and times of pioneers, settlers, Florida Crackers and 20th Century Floridians, they managed to find those shacks and homes and buildings and bring them here.

The collection of 18 historic structures that range from an 1820 cabin to a 1942 gymnasium were disassembled and moved here from across Calhoun County just so visitors could look at – and walk into – a home and a blacksmith shop and a church and a jail. Not only were these buildings given a new life as larger-than-life educational tools, they serve double duty for weddings, special events, and field trips. The settlement even hosts classes on crafts and trades from bygone days. You can’t live in the past, but the Panhandle Pioneer Settlement is truly the next best thing.

A River Runs Through It

Nearly every county has a natural attraction that remains a favorite generation after generation. In Calhoun County, rivers are it.

Located just west of Altha, Chipola River Outfitters (850/762-2800) sets up their customers with kayaks, tubes, rafts, and canoes (along with fly fishing and snorkeling gear) for a day on the water.

On its 89-mile journey from Jackson to Calhoun to Gulf County, the Chipola (Seminole for “sweet water”) is fed by 63 clear, freshwater springs and features sand beaches, limestone shoals, and even a short stretch of rapids – “Look and Tremble” – which is a thrill for paddlers. Folks can put in at numerous spots along the river; one of the easiest to reach is Johnny Boy Landing. A few miles west of Highway 71 on Chipola Road – aka CR 274, you’ll turn right off the main road onto a dirt road to reach the river (ask any local for directions – they’ll tell you).

Here is a lovely white sand beach bordered by oaks overhanging the wide river. A bend in the Chipola is designed for photographs, and the water designed for fun. When you put in here, it takes a little less than four hours to drift four miles on the gentle river, over the shoals, and the aforementioned rapids before arriving at Lamb Eddy Landing. Along the way, you can splash your way to the banks to rest for awhile, or even walk back upriver for a second helping of a favorite stretch.

For more information on local rivers and waterways (including nearby Apalachicola Bay), visit Florida Paddling Trails. For a list of public boat ramps and put-in points for canoes and kayaks (as well as extraneous information on Calhoun County’s public parks and libraries), visit Calhoun County Community.