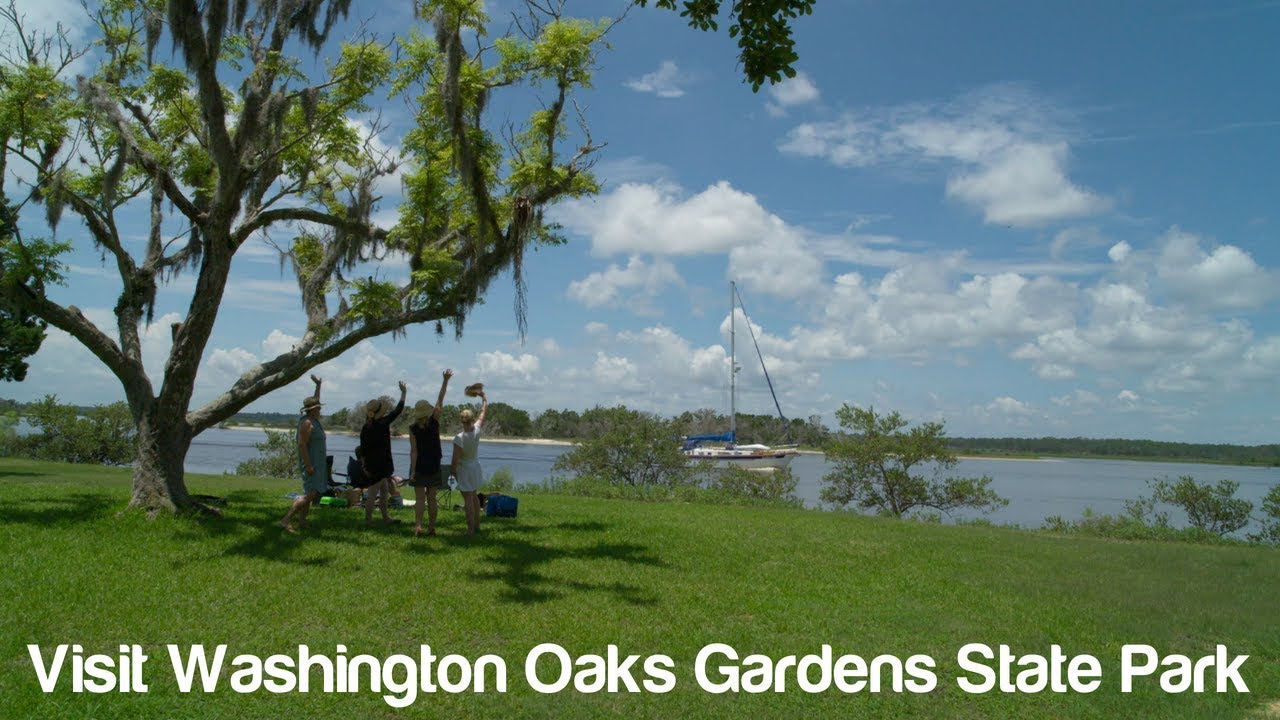 Originally part of a Spanish land grant stretching from the Atlantic Ocean to the Matanzas River, Washington Oaks Gardens State Park has been home to several romantic stories.


Motorists on old A1A in the 1940s and ‘50s had no idea the man with the roadside stand from whom they bought eggs and citrus was Chairman of the Board of General Electric, the founder of RCA, Time’s Man of the Year for 1929 and adviser to five presidents.

Nor would anyone have suspected the woman working in the garden had developed a profitable lingerie business in the Philippines and introduced rattan furniture to America.

Millionaires usually didn’t act in such a low-key manner, but Owen D. and Louise Young did, and Florida residents and visitors who discover Washington Oaks Gardens State Park in Palm Coast are grateful for it.

Both widowed, the couple’s later-in-life marriage – he was 62, she was 50 – was held quietly Feb. 20, 1937, at Trinity Episcopal Church in St. Augustine and celebrated with a pig roast at her Washington Oaks property the next day.

“One time someone came from St. Augustine to get Mr. Young to sign something,” she recalled. “He was told where Mr. Young was, but the man came back and said he wasn’t there.”

When Young was described as the one working in the field and wearing tall boots, the courier was too stunned to respond.

Washington Oaks originally was part of a Spanish land grant. Its 425 acres stretch from the Atlantic Ocean to the Matanzas River and were bought in 1818 by early Florida planter General Joseph Hernandez, who organized and led the militia during the Second Seminole War (1835-42). He was Florida’s first delegate to the United States Congress, the first Hispanic to serve there. He named the property Bella Vista.

In 1844, Hernandez’s daughter, Louisa, married a surveyor, George Lawrence Washington, great nephew of the country’s first president, at Bella Vista. The ceremony took place on a rise overlooking the river encircled by live oaks on the plantation that became the couple’s wedding gift.

When Louisa died in 1859, ownership reverted to one of her sisters. Washington bought Bella Vista from her in 1886, built a small fishing and hunting lodge, and the plantation became known as the Washington Place.

The bust of the Florida land boom halted investors’ plans to develop Washington Place and during a visit to St. Augustine where her parents lived, Louise Powis Clark, a New York designer and widow with three children, saw and fell in love with Washington Place. She also fell in love with Owen Young, and although accounts vary on who bought and gave the property to the other as a wedding gift, it was a winter refuge they wanted to share.

She designed the house, and together, they developed the gardens and groves and named it Washington Oaks. Following his death in 1962, she gave the property to the state in 1964 on the condition that the gardens be maintained.

They have been. The gardens that were a winter oasis for the Youngs and their friends are now a calm respite for harried 21st century visitors. Giant live oaks shade trail paths, and after a rain, their limbs glisten bright green with refreshed resurrection fern. Paths lead through the rose garden, Mrs. Young’s pet project, according to Kafel, and to the winding koi pond where huge displays of birds of paradise add an unexpected tropical touch.

The pond is fed by an artesian spring that keeps the water at 72 degrees and the tropical foliage healthy despite north Florida’s occasionally chilly winter days.

“We sold $1,000 of citrus from our garden last February,” said Kafel, adding that volunteers hold a monthly plant sale, too.

A red-shouldered hawk perched atop the protective wire cage around a young lemon tree soaked up the sun until we walked too close. It’s one of 144 birds on the park’s species checklist, a reason why in 1831 John James Audubon stayed with the Hernandez family for 10 days during his sojourn to Florida.

The path continues past Mrs. Young’s greenhouse, recently restored by Friends of Washington Oaks, all part of the National Register of Historic Places district of the Florida park.

Across A1A, a raised wooden walkway stretches over the dunes to the park’s mile-long beach where one of two outcroppings of coquina rock dot the sand. Soft when wet, this sedimentary rock of shells and sand dries into a substance so hard cannonballs literally bounce off it, as the British discovered when trying to broach coquina walls of the nearby Castillo de San Marcos in St. Augustine.

Across old A1A (which ran near the Youngs’ house until traffic increased and he had it moved to its current location closer to the ocean), the Friends have turned a caretaker’s house into a gift shop popular with visitors.

“They’re surprised we can actually convey the history here," said volunteer Carol White. “It’s a nice, quiet, peaceful place where they can sit and relax.”