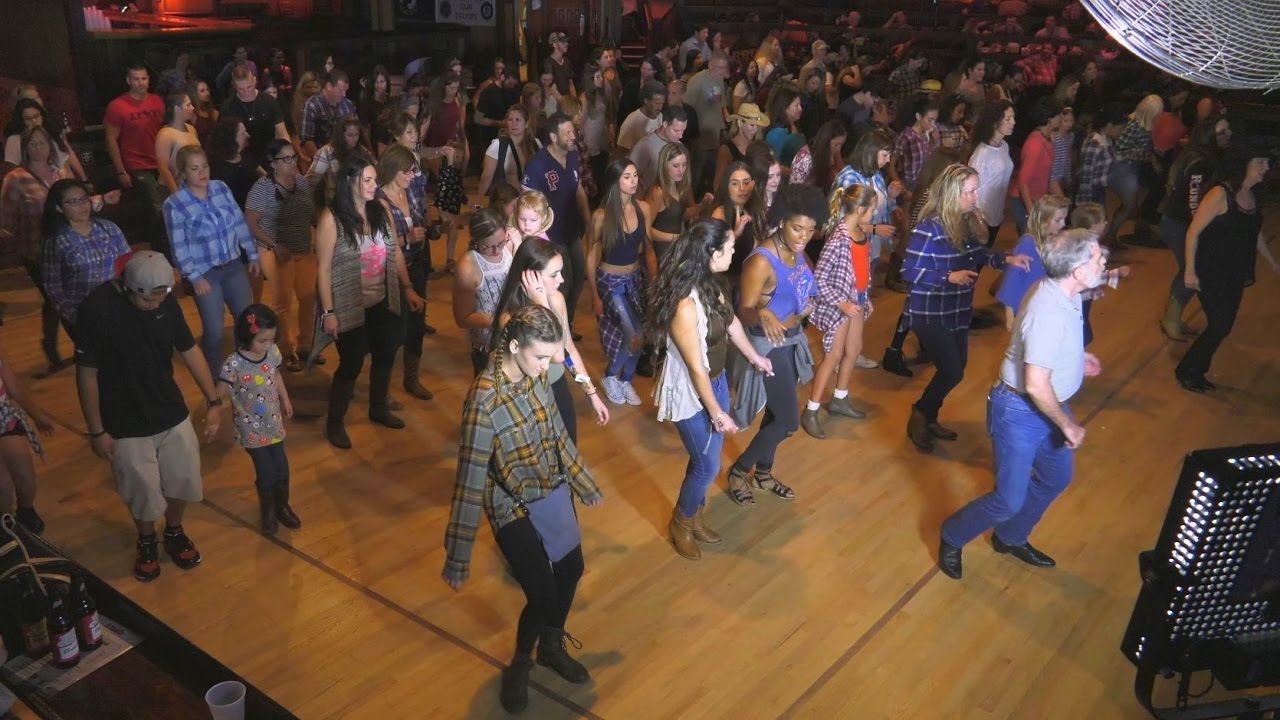 Scoot Your Boots While Dancing at The Dallas Bull

Grab your boots and head on over to The Dallas Bull, one of the largest honky-tonks in the country. The 34,000-square-foot, no-frills nightclub on the outskirts of Tampa invites guests to come as they are and then grab a spot for some heavy-duty line dancing.

Bring your smiles, ladies, but leave your bling at home.

The barn-like exterior and the no-frills, spacious interior scream fun but not swank. The Dallas Bull, one of the country’s largest honky-tonks, beckons you to come just as you are.

That goes for Blake Shelton, Lady Antebellum and Kix Brooks, who’ve all been known to stop by for beers, along with other big-name country music acts that make the Bull a must-stop destination on their concert tours.

On most nights, the admission line snakes around the building and parking spots are nonexistent for the 34,000-square-foot nightclub on the outskirts of Tampa. At that size, it accommodates up to 2,000 people.

That’s 4,000 boots potentially scooting across the dance floor – which is exactly where you find most patrons at the Bull.

Sure, there are six pool tables, a beer pong table, several bars and some arcade games. But most of the 20- and 30-somethings who come to The Dallas Bull can either be found on the dance floor or just feet from it, cooling off and people-watching.

Take Heather Maltese, fresh from dancing and now chatting with her girlfriends on Ladies Night, which attracts 1,500 to 1,800 guests each Thursday night.

“You can come and just dance,” said Maltese, 26, who said she has been coming to the Bull almost every weekend since she was 18. “You can wear whatever you want, and no one judges you.”

Besides, how would you get those rhythmic sounds against the dance floor when the Canadian Stomp is played?

Everyone here line dances or two-steps – or at least gives it a try.

Neon Moon by Brooks & Dunn comes on and there’s a quick transition as people depart the dance floor and others rush on, able to quickly pick up the routine.

What’s even more impressive is the number of guys on the dance floor.

“There’s something about being in a large crowd and doing what everyone else is doing,” said Jason Purvis, 26, a self-described line-dancing addict and Dallas Bull regular who now is part of a promotional dance team for the club. “I don’t really like the whole club scene, where there’s only a few people dancing.”

No one’s twisting the men’s arms or giving them tequila shots to get out there, either. In fact, the guys are pulling the girls onto the dance floor.

Country charm is the rule here.

“Southern guys are really just another breed,” said Elizabeth Edwards, director of marketing and event coordinator for The Dallas Bull. “They say ‘ma’am’ and still open doors (for ladies). They’re not afraid to show their moves on the dance floor. It’s almost another way to introduce themselves. It’s a great ice-breaker.”

Don’t worry if you don’t have a partner. You will by the time the night is done.

“You can come by yourself,” said David “Gabe” Theal, The Dallas Bull’s vice president of operations. “By the time you go to the bar, you will have five friends right away. That’s why parking is so tough. People are coming one at a time.”

If you need a break from twangy tales of wooing and boozing, there’s a disc jockey upstairs playing hip-hop and Top 40 tunes, and that dance floor is usually packed, too. If you just want to take a break from the dancing altogether, you can pull up a bar stool on the giant second-floor balcony that overlooks a mechanical bull and the country line dancing.

“The bull riding is fun to watch,” said Ashley Sheckler, 23, who recently moved to Florida from Ohio.

The laid-back dress code – sleeves are a must, though – is part of the down-to-earth ambience.

That makes it all the more appealing when the likes of Jason Aldean and Dierks Bentley take the stage here. The Bull provides a more intimate concert experience, where you don’t worry about blocking anyone’s view if you feel the urge to get up and dance. The club has been attracting big crowds and big acts since it opened down the street in 1979.

The Bull isn’t too far from a large concert amphitheater, where Keith Urban recently took the stage and then sashayed over to the Bull on U.S. 301 for an after-party with Little Big Town. An amphitheater ticket stub may even get you a free beer.

“Our patrons know a lot of the stars come over after their concerts at the amphitheatre,” Edwards said. “We’ve just become a staple in Tampa. The sheer volume of the place is a spectacle to be seen.”

The floor is packed during a line dance at the Dallas Bull in Tampa, where on most nights the line to enter wraps around the building.

The legendary line dancing is underway at the Dallas Bull in Tampa, a 34,000-square-foot, no-frills nightclub.

It's not all dancing at the Dallas Bull. There also are pool tables, a mechanical bull, and a disc jockey playing hip-hop and Top 40 tunes.

A couple dances the two-step at the Dallas Bull, a 34,000-square-foot, no-frills club in Tampa.