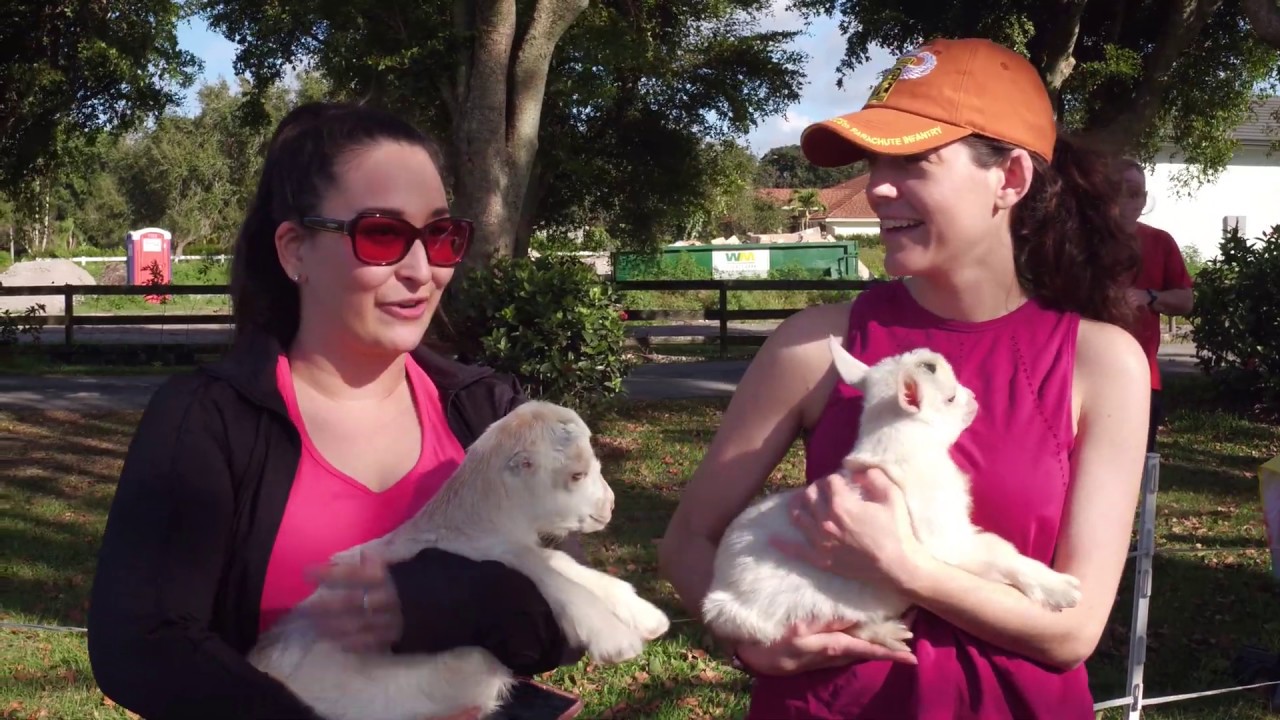 Mention yoga to just about anyone and images of slow, deep breathing, ethereal music, and quiet meditation come to mind.

Hindu in origin, yoga is an ancient physical and spiritual practice that incorporates meditation, stretches, poses, and breathing to improve the health and happiness of the person practicing it.

There’s a wide variety of styles of yoga, from Iyengar that focuses on precise movements to Vinyasa, which includes movements in alignment with your breathing.

More than 35 million people in the U.S. practice yoga, according to recent survey by Yoga Alliance and Yoga Journal.  That’s up from 20 million only three years ago.

But as the fitness world evolves to meet the changing taste of a world more health conscious than ever, yoga is following suit.

Yoga, what once was a world of om-chanting sameness, has now morphed into practices that incorporate new tools, music and even animals.

About three years ago Barbara King, owner of BKS Yoga Studio, decided to welcome four-legged friends into her studio. The Dog Yoga or “Doga” class involves owners and their dogs practicing basic yoga moves together.

“Dogs are therapeutic,” said King, a certified yoga instructor whose studio is located at 4416, 2900 Tamiami Trail N. in Naples, Fla. “They bring so much joy to people’s lives.”

The Doga class goes something like this: owners move their dogs into a yoga positions like “Warrior” or “Lazy Cat” while breathing.

The dogs love being on the yoga mats, and by the end the owners have had a better connection with their pet, King said.

The class became so popular and crowded that King had to switch the group class to private one-dog-one-owner sessions.

Alternative yoga like “Doga” is a positive thing, King said. It means more people may try yoga even if they may have been leery before.

“Yoga’s not about being perfect; it’s about constant growth” she said.

Thinking about venturing out into the world of alternative yoga? Here are some interesting options across the state…

Dogs aren’t the only animals getting their Namaste on. Goat Yoga Tampa offers classes with you guessed it -- goats. The animals run around the class and sometimes jump on participants’ backs while they practice their downward dogs or cat poses. The animals bring levity and laughter to the class. In addition they provide a calming effect, much like animal therapy. The classes are one hour long and held outside at In the Loop Brewing in Land O’ Lakes. Goat Yoga Tampa, 3338 Land O' Lakes Boulevard, Land O' Lakes.

Grab your swimsuit and leave the yoga mat at home for this class. Salty Buddha in Bradenton combines two popular sports -- yoga and paddle-boarding. The yoga studio holds classes at a waterfront locations in Brandenton, including Ana Maria Island and Bradenton Beach. There are three types of paddle-board yoga classes to chose from at Salty Buddha, including a sunset yoga class and a class that starts after paddling out to Robinson’s Preserve. Each person gets their own paddle-board to perform their yoga poses and breathing. Doing yoga on paddle-boards is said to provide a closer connection to nature and promotes relaxation. Check the Salty Buddha Paddle and Yoga Co. website for schedule and specific location in Bradenton.

For a true stretch, opt for aerial yoga. The practice involves performing yoga stretches and moves while suspended in an air hammock. The hammock is like a swing that holds the hips and legs. The class offered at Aura Aerial + Yoga in Atlantic Beach combines traditional yoga, dance, and Pilates. Surprisingly, being suspended in the air can make certain yoga poses easier than others. Being suspended in the air allows bones and muscles to relax more. It’s also fun to flip and twirl, adding an extra entertainment element to the yoga class. Aura Aerial + Yoga, 43 Sailfish Dr. E, Atlantic Beach.

Typically, the soundtrack to yoga class is more nature sounds and wind chimes than snares and 808 bass. But that’s exactly what you’ll find at Trap Yoga by the Zen Zone in Miami. The class is set to trap music, a Southern style hip hop with gritty lyrics and deep bass. The class at Zen Zone is a high energy version of Vinyasa flow yoga. Movements and breath are set to the beat of the music. And while it may not sound the most relaxing, Trap Yoga definitely creates energy and gets the endorphins flowing. Zen Zone, 1003 NW 46th St., Miami.

Bottoms up has two meanings in this latest trend of yoga. Beer yoga usually happens at local micro-breweries, which are plentiful throughout Florida. During or after downward dogs comes an ice cold beer to refresh you. Known as “detox and retox,” beer yoga often includes a class of traditional yoga followed by a discounted or free cold one -- all for one price. Beer yoga is a big draw at Twisted Trunk Brewery in Palm Beach Gardens, where the brewery hosts a yoga class every Sunday. The class attracts newcomers to the practice who perhaps come for the beer and stay for the yoga. The combination makes sense: most breweries have wide open spaces perfect for a yoga class. Twisted Trunk Brewery, 2000 PGA Blvd. #5506, Palm Beach Gardens.