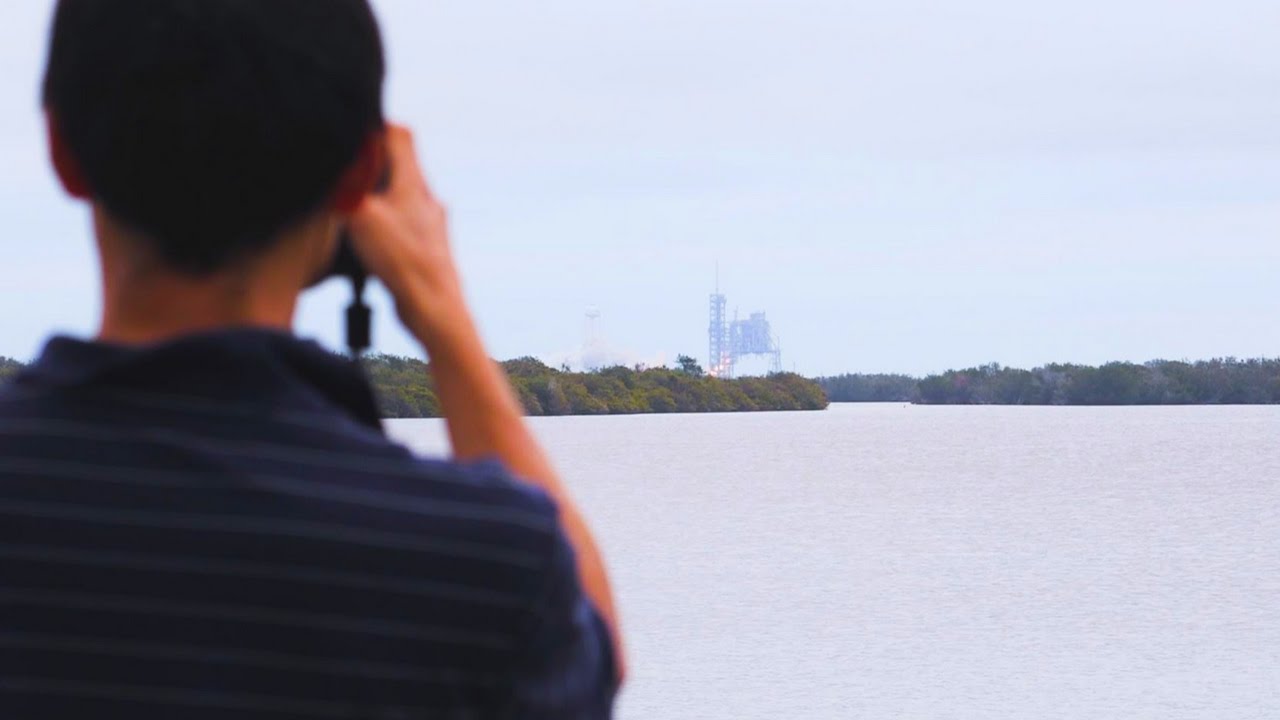 How to Watch a Rocket Launch in Florida

Ben and Brooke Hall always loved the U.S. space program, and they always wanted to bring their family to Cape Canaveral see a rocket blasting into the sky. They just didn’t realize they could still do it.

“When the space shuttle program ended I kind of thought it was all over,” said Ben, a fire chief from Blountstown, Fla.

But not long ago, he and Brooke were standing at the Kennedy Space Center Visitor Complex with daughters Madalyn, 9, and Anna Jo, 12, watching a SpaceX rocket blast off toward the International Space Station.

The rocket streaked into the sky on top of a blinding flare of light, as a deep roar thundered from two miles away.

“It shakes your insides,” said Brooke, a science teacher.

“Some friends had told me that when you watch a launch it’s going to be different than anything you’ve ever seen, and it really was,” Ben said. “The sound, the pulsing... the light was so bright. That was amazing.”

As the Halls learned, rockets are still launching from Cape Canaveral and thousands of people still see them by flocking to the region of Florida known as the Space Coast.

Rockets from SpaceX, United Launch Alliance and other companies are blasting off with satellites to send into orbit and supplies to go to the International Space Station. The missions are financed by private companies, NASA and the U.S. military.

Astronauts have not launched here since July 8, 2011, the final flight of the space shuttle. But this will likely change soon. SpaceX plans a launch with astronauts as early as 2018.  And while it’s easily more than a decade away, NASA is building the hardware now for a possible manned mission to Mars.

“There are all kinds of rockets launching from Kennedy Space Center and Cape Canaveral Air Force Station, and there are more to come” said Andrea Farmer, senior public relations manager for the visitor complex.

So how do you see a launch? It takes some planning and a bit of luck. For first-timers, the best choice is probably to reserve a launch ticket from the Kennedy Space Center Visitor Complex.

You’ll find a schedule of upcoming launches here on the Visitor Complex’s website. Just be aware, it’s not exactly a subway schedule. Rockets are thrilling and exciting but they are also complicated, cantankerous and sometimes dangerous. Launches are sometimes cancelled hours or even seconds before liftoff, thanks to weather or technical concerns.

This is why it makes sense to reserve a launch spot at the Kennedy Space Center Visitor Complex -- the attraction is well worth a daylong trip even when there’s no launch at all.

At the Visitor Complex, you can see the actual space shuttle Atlantis, which flew in space 33 times, a Saturn V rocket, a simulated rocket trip called the Shuttle Launch Experience, multiple displays of the most thrilling moments of the U. S. space program, and a gift shop/bookstore that will satisfy your inner geek.

The Kennedy Space Center Visitor Complex is not the only place to watch a launch. Many websites list great locations at public parks and certain roadsides.

And although they’re not necessarily the best spots for viewing, you can sometimes see launches from the hotels on nearby Cocoa Beach, from Orlando, and even across the state in Tampa and St. Petersburg. From far away, night launches are the best to look for, because you can easily spot a fiery rocket trail stretching across the dark sky.

Watching rockets has been a popular local pastime in this area since the late 1950s and early 1960s, and the pioneering flights of Alan Shepard and John Glenn. Now, with a steadily growing private space industry, and NASA’s plans to take humans to Mars, it’s clear the tradition will continue.