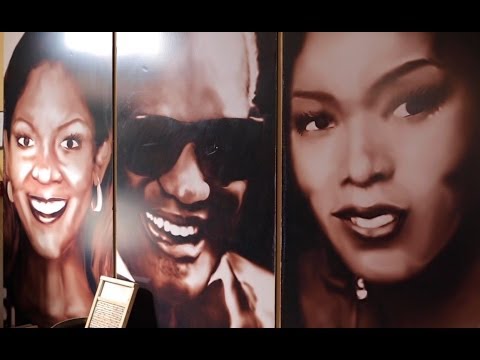 Some of history’s most beloved black performers -- Count Basie, Cab Calloway, Billie Holiday, Ella Fitzgerald and Duke Ellington -- couldn’t sleep in the best hotels or eat at the best restaurants when they visited Orlando during the ugly era of segregation.

Instead, they made their way west of downtown to a neighborhood called Parramore. Dr. William Monroe Wells, one of Orlando’s first black doctors, opened the Wells’ Built Hotel in 1929 for them. Black celebrities flocked there and to the South Street Casino next door for lively music, dancing and comfort.

The hotel shuttered its doors long ago, a victim of urban renewal around 1970. What remains is a tribute to its history and heydays: the Wells’ Built Museum of African American History and Culture.

Since it opened in 2001, thousands of people have walked through its doors to see photographs, artwork, books, artifacts and mementos dedicated to black history in Orlando, throughout the state and nationally.

“We want to preserve our history to share with generations to come, so that they might understand,” said State Sen. Geraldine Thompson, D-Orlando. “We put it in a national context.”

Thompson is the founding president of the Association to Preserve African-American Society, History and Tradition Inc. (PAST), which operates the museum. The two-story Wells’ Built is at the corner of South Street and Division Avenue. Old-timers will tell you Division was so named because it separated the white and black communities.

In the mid 1990s, the city of Orlando wanted to raze the building, which had fallen into disrepair. The old hotel found a champion in then-State Rep. Alzo J. Reddick Sr., who grew up in Parramore and worked as a paperboy delivering newspapers to the hotel.

With the help of the Trust for Public Lands, Reddick, now a University of Central Florida professor and the founder/director of the Soldiers to Scholars program, advocated for nearly $1 million in appropriations to save and refurbish the building. The ground floor became 3,400 square feet of exhibit space and the second floor, an office. Remodeling took two years.

Dr. Wells, whose sister taught Reddick in the seventh grade, is credited with delivering 5,000 African-American babies before his retirement. In addition, he treated black adults suffering from influenza, pneumonia and other diseases. When he moved to Orlando in 1921, he chose to put his home in the Parramore community to help residents there.

Established in the 1880s, Parramore, located just west of Interstate 4, is currently the home to the Florida A&M University School of Law and the Federal Courthouse. On its edge sits the Amway Arena, home to the Orlando Magic basketball team, the Bob Carr Performing Arts Center and the Orlando Police Department. The Parramore Heritage Community includes a residential neighborhood, a soul food restaurant and shops, including a barbershop.

Once a thriving neighborhood, years of neglect, crime and homelessness resulted in the highest poverty levels in the city today. City leaders, business owners and local residents are working to improve the area through a project called LIFT Orlando.

It has been 85 years since Dr. Wells opened his hotel. Visitors to the Wells’ Built Museum can still see some of the original 1930s furniture and decorations from the 20 guest rooms. PAST took ownership of the building in 1997 and renovations began in 1998. The hotel is now on the list of U.S. Registered Historic Places.

“People come to see the Wells’ Built and to truly understand its historical significance,” said Thompson, whose senate office is in the building’s second floor. “Many of them have been moved.”

What: The Wells' Built Museum of African American History & Culture
Where: 511 West South St., Orlando
When: Open 9 a.m. to 5 p.m. Monday through Friday and Saturday by appointment
Phone: 407.245.7535
Website: wellsbuilt.org