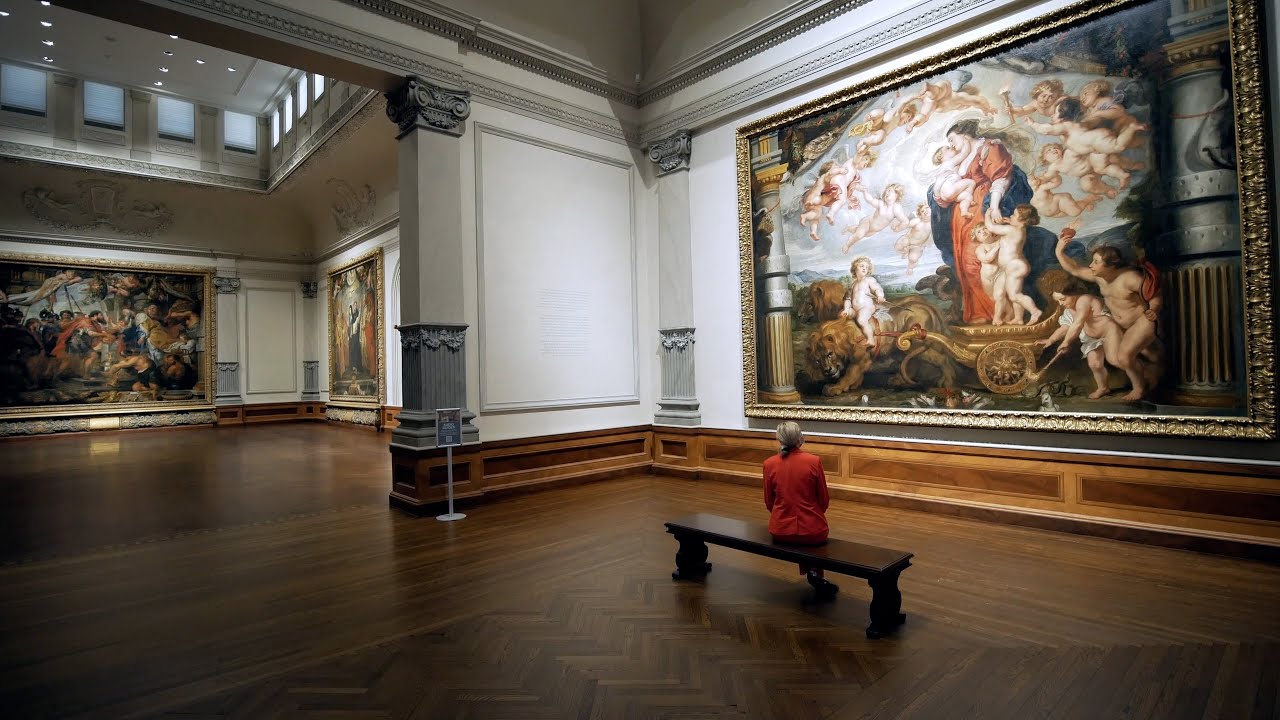 The John and Mable Ringling Museum of Art in Sarasota is anything but a circus, despite its familiar name.

Found in a remarkably gorgeous, serene setting on the Intracoastal Waterway amidst banyan trees that are themselves works of art for their endlessly intricate branches, the museum campus is a natural attraction.

Inside, the 21 original galleries built by the famed circus man are a source of never-ending change and wide-eyed wonder. Don’t take our word for it, though; The Ringling is a State Art Museum of Florida and part of Florida State University.  And the facility itself is on the National Register of Historic Places.

John and Mable Ringling loved traveling to Italy and that country’s influence can be seen and experienced by young and old at the couple’s museum. Before even entering its main doors, guests traverse a courtyard full of Greco-Roman statuary, all under the watchful eye of a 17-foot-tall, 5.5-ton bronze replica of Michelangelo’s “David.”

Once indoors, most tours – whether docent-guided or solo – start with Ringling’s signature collection of Rubens works, which include many original, massive Spanish wall paintings and a few examples of the tapestries that were made from them.

When you look at Ringling’s Baroque paintings, it’s easy to recognize that the circus impresario loved the big, the bold, and the colorful. Art doesn’t get bigger or more in your face than these, so you can look at it and think, “Oh, I get it!” Ringling was a natural born showman; in business and in his personal life, he surrounded himself by things that made an impact.

Rubens exemplifies everything considered great from the Baroque period, displayed in lush colors and dramatic scenery. The Ringling owns five of the seven paintings in Rubens’ “Triumph of the Eucharist” series and entering the room where they are housed can be overwhelming.

Several rooms at The Ringling showcase European Old Masters and classical antiquities. In addition to Rubens, visitors will be captivated by the work of Gainsborough, Tiepolo, Velazquez and Veronese. Some of the artists produced extremely dour, serious works – think TV’s “Game of Thrones”; others are lighter (Harry Potter”-ish), even evincing dollops of wry humor. The rooms themselves reflect the art; some are painted dark colors, others lighter, befitting the mood of the pieces they house.

Some people will visit for the classic European art alone, perhaps unaware that The Ringling has much more to offer. Every few months, there is something new and unique to be seen and experienced. For example, in addition to paintings, sculpture and mixed media art, The Ringling also has a collection of 10,000 photographs that rotate in and out of display.

John Ringling’s original mission was that his would be an encyclopedic collection. He largely acquired European art, but his collection began with Cypriot art and ended with a multitude of Asian pieces before he died. He envisioned his museum in Sarasota as a repository of everything, classic to contemporary.

While the museum’s founder gathered the classics, modern-day curators use the 20,000-square foot Searing Wing to regularly offer special exhibitions, some curated by the museum itself, some from touring shows borrowed from other major institutions such as Boston’s Museum of Fine Arts, The Frist Center for the Visual Arts in Nashville, and Baltimore’s The Walters Art Museum.

The John and Mable Ringling Museum of Art has a mansion and 21 galleries.

In its latest variation, The Ringling constructed an addition to its original structure that houses its all-new, all-different, eye-popping, 20,000-square-foot Center for Asian Art in the Dr. Helga Wall-Apelt Gallery of Asian Art. It connects The Ringling’s original European galleries with its Japanese, Chinese and Indian works. The collection combines pieces long owned by The Ringling with others on loan.

If you’ve only experienced ancient Chinese or Japanese art, you might expect one thing. But the new Center showcases very modern, very avant-garde Asian works. For example, the Communist influence is apparent in the more contemporary Chinese art. And you can see a clear European influence as a result of modern trade opening in the East.

The exterior of the building sets itself apart on the otherwise classically designed Ringling campus, comprised of custom green-glazed terra cotta tiles that respond to the tonality and textures of The Ringling’s architecture and landscape.

Also not to be missed is artist James Turrell “Skyspace” installation at The Ringling titled “Joseph’s Coat.” The oculus is his largest in North America. The idea is to use art to bring the sky closer to the viewer; at sunset and sunrise, there are programmed LED light shows that change the color of the sky for about 40 minutes. You can bring a yoga mat and lie on the floor, or sit on benches. It’s an encompassing, meditative experience.

Many art collectors that build and endow museums leave very, very specific stipulations in their will. John Ringling gave enormous freedom to the curators and administrators who followed him. His collection was not to be sold, and one day a week – Mondays – the museum offers free admission to the general public. That’s it.

Visitors can speed-tour The Ringling in about two hours, but most guests will allot at least half a day to see and absorb all it has to offer. 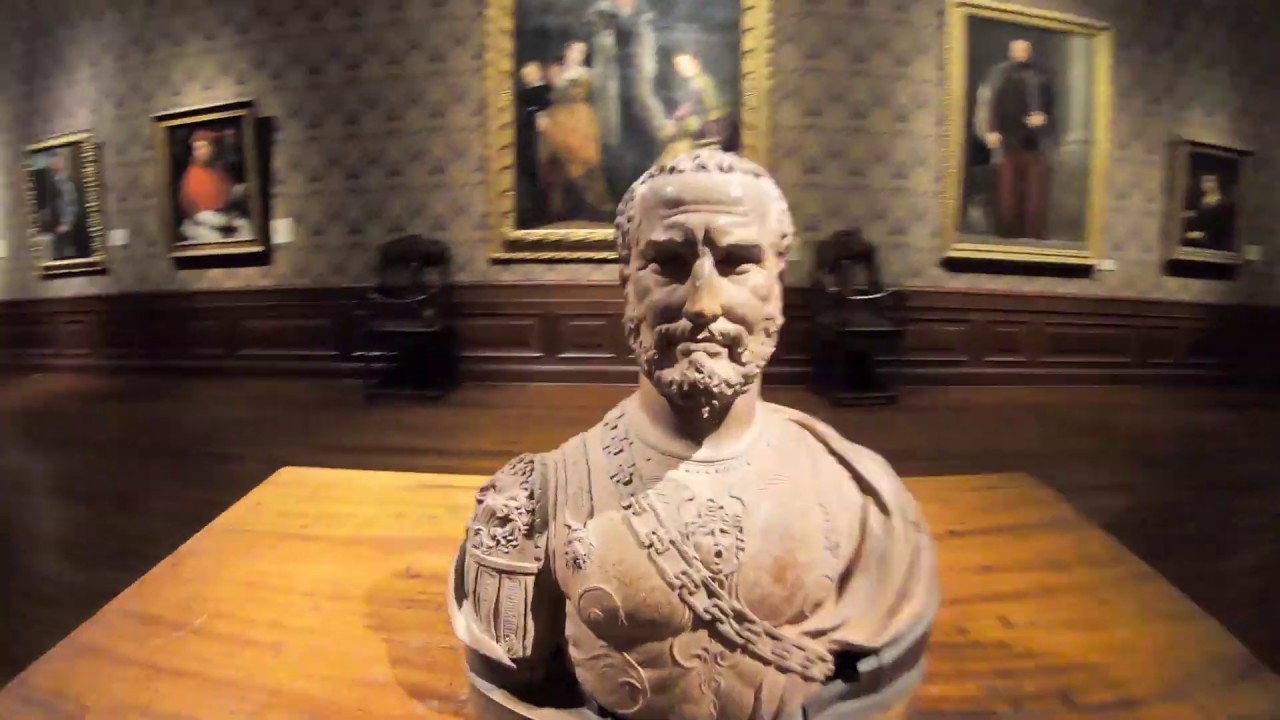