Inside the The Wetlands, the tasting room for Swamp Head Brewery

Engine 15 has two locations: the original brewpub location in Jacksonville Beach and the newer downtown Jacksonville production brewery and biergarten

Enjoying beers outside at Proof Brewing Company in Tallahassee

A Sampler of Florida's Craft Breweries

There are more than 200 Florida craft breweries across the state. Here are just a few to get you sipping suds in the Sunshine State.

Located in a historic former Coca-Cola Bottling Company building, Proof Brewing Company is helping put Florida’s Capital City on the map for craft beer, with brews like Eightfive-O American Pale Ale and Mango Wit, which is made with organic mangos.

The beers at the Funky Buddha in Oakland Park are made in limited quantities, so the taps are always changing.

Jacksonville Beach was something of a craft beer wasteland before Engine 15 pulled up in its 1970 Ford firetruck. The brewery quickly grew and is now operating a location near downtown Jacksonville. If you visit the Jacksonville Beach brewpub, be sure to save room for their famous Frito pie.
Try: Nut Sack Double Brown Ale
Read More: Florida Craft Beer: Engine 15 Brewing Company, Jacksonville
Also Visit: Green Room Brewing

Orlando Brewing in Downtown Orlando has made a name for itself by using organic ingredients in its products and was certified as an organic brewery by the USDA in 2006. You’ll find several Orlando Brewing beers at the restaurants and bars at Walt Disney World Resort.
Try: I-4 IPA
Read More: Florida Craft Beer: Orlando Brewing
Also Visit: Ten10 Brewing Company

Orange Blossom's signature beer can be found throughout Florida

A brewery that touts itself as being ‘Inherently Floridian,’ Swamp Head Brewery takes pride in its beer and also its sustainable brewing practices. Many of the spent grains used in the brewing process end up nearby at the University of Florida for cattle feed.
Try: Stump Knocker Pale Ale
Read More: Florida Beer Pairings: Swamp Head Brewery
Also Visit: First Magnitude Brewing Company

Visitors can sample Swamp Head brews at 'The Wetlands,' the tasting room at the brewery 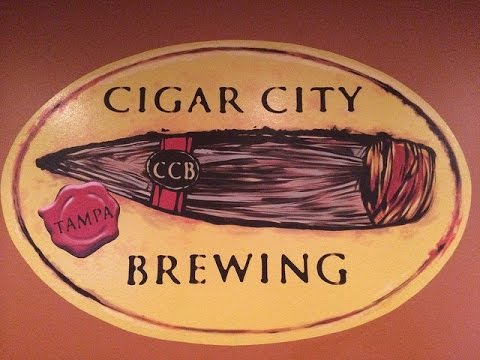 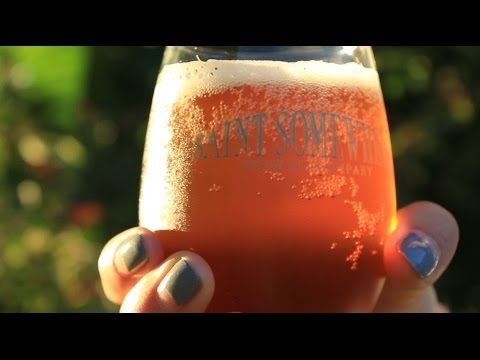 From the million-plus dollar bills hanging from the ceilings to its massive food portions, McGuire’s is a great place for a meal and a great beer. While you’ll only find its beer on-site, you can pick up a six-pack of McGuire’s Irish Red Ale in the gift shop. See what Emeril Lagasse thought of the pub in this video.
Try: McGuire’s Irish Red Ale
Learn More: The Famous McGuire's Irish Pub of Pensacola
Also Visit: Pensacola Bay Brewery in Pensacola

Dunedin Brewery is the oldest microbrewery in Florida

As the first microbrewery in St. Pete, Green Bench is making great beer inspired by its city. The Surrealist IPA, an American IPA blended with the tart qualities of a sour ale, was inspired by Salvador Dali’s fantastic artworks, which can be seen at the nearby Dali Museum.
Try: Green Bench IPA
Read More: Beer and Art in St. Petersburg: It’s Surreal
Also Visit: Cycle Brewing in St. Pete

The beer garden at Crooked Can Brewing Co. in Winter Garden, Florida

This “Southern Public House” in downtown Winter Park is a well-known hotspot for foodies, but Cask & Larder’s on-site brewery is making beer of the same caliber as the food.
Try: 5 Points IPA
Read More: Dining in Orlando: 5 Days of Dining in the Other Orlando
Also Visit: Deadly Sins Brewing in Winter Park

In the Loop Brewing, Land O'Lakes

Right Around the Corner, St. Petersburg