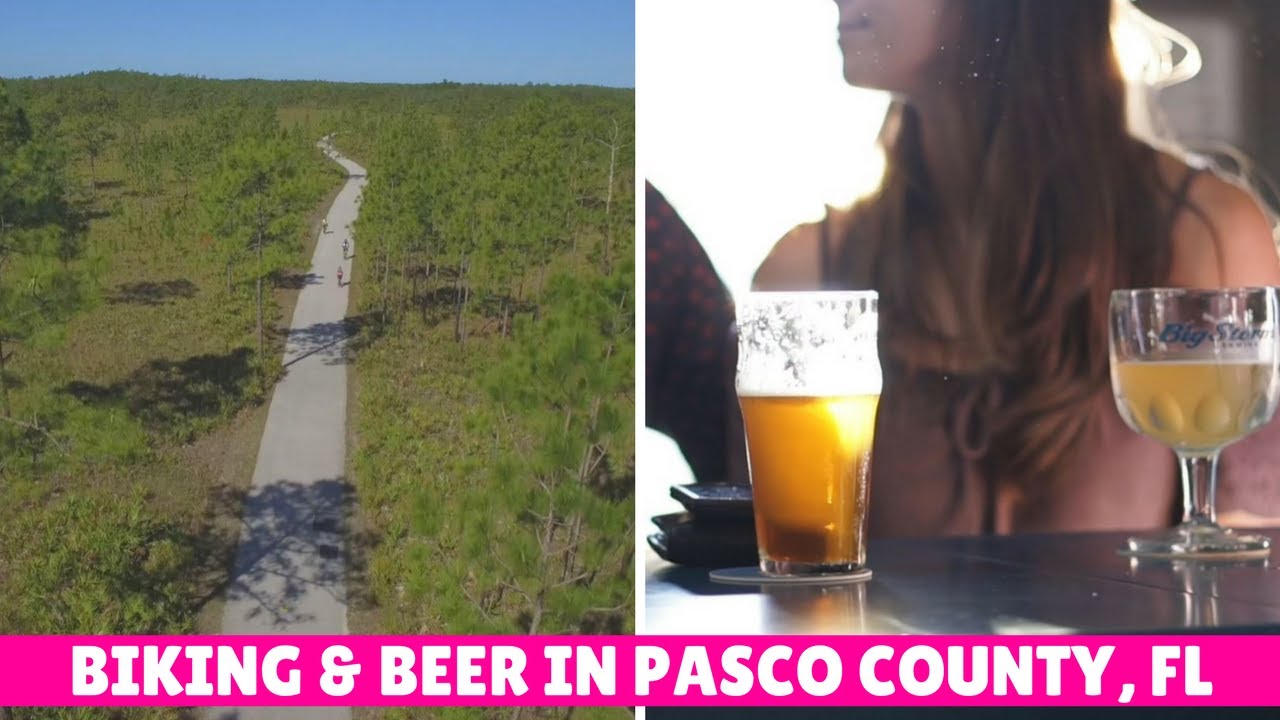 Florida is no stranger to summer showers, afternoons where dark clouds roll in from the Gulf of Mexico, a deluge drops from the skies and, seemingly moments later, the sun comes out and your sunglasses come back on. But sometimes a storm lingers, brewing into something bigger.

“I remember standing in the garage as a kid and watching lightning storms pass by and I always thought there was something awesome and destructive about it all, but that there was also something fun and creative,” said Mike Bishop, owner of Big Storm Brewing Company in Clearwater and Odessa. “Fresh beginnings are something a storm produces. I was leaving the corporate world and starting fresh - like after a storm.”

Started by Bishop in 2012, Big Storm Brewing Company has grown from a cramped brewery/tap room jammed into the corner of a Pasco County industrial park into two distinct facilities in neighboring counties - think tropical storm to hurricane strength in just four years.

“I was always fascinated by beer,” said Bishop. “By the craft, the culture, the drink, the different flavors and the people involved with it.”

During his time at the University of South Florida in Tampa, Bishop spent a lot of time learning about beer at the nearby Yuengling brewery and volunteering at Dunedin Brewery. After USF, Bishop moved to Pasco County and found that it reminded him of his childhood.

“I just fell in love with the community, very blue collar and hardworking,” said Bishop. “We found a niche for ourselves here since there were no other breweries in the area, but we knew it would be a challenge. We bought into the community and said, hey, let’s go for it.”

Every square inch of the original Pasco facility was utilized. The taproom seemingly spilled out into the brewery, and sandwiched between the walk-in cooler and fermentation tanks, a single canning line spat out cans of Wavemaker Amber Ale and Arcus IPA. Big Storm swiftly outgrew itself, like a hurricane spinning up from a Category 1 to a Category 4.

A 16,000-square-foot facility in Clearwater was built to handle the bulk of Big Storm’s production. Separated by a wall of glass, patrons can relax in the spacious taproom and watch the brewing take place. The expansion also brought with it new beers, like the Helicity Pilsner and Oats in Hose Oatmeal Stout, for year-round brews and a wide range of seasonal and limited run beers.

Branching out from its roots, a new Pasco taproom is just around the corner from the original brewery and focuses on more experimental brews.

“The original brewery had to become a Wavemaker/Arcus facility and it hindered our creativity,” said Bishop. “The Pasco taproom allows us to get back to the original passion.”

While Big Storm is known for its Wavemaker Amber Ale, the nearby Gulf waters don’t generate the barrel and curl-generating waves surfers long for. But there’s a spot on Clearwater Beach that’s making its own waves.

Surf Style, a beach and surfing megastore, overlooks the turquoise waters of Clearwater Beach. In the heart of the store, encased in a 20-by-12-foot glass box, the FlowRider, an indoor surfing machine, generates a sheet of water along a surface for guests’ surfing pleasure.

The jets of water, moving at a brisk 30 mph, continually simulate waves rushing underneath riders using either a flow board or body board. When a wipe-out occurs, instead of falling into the sea, the powerful FlowRider jets shoot guests up to the crest of the machine - making it easy for surfers to perfect their moves.