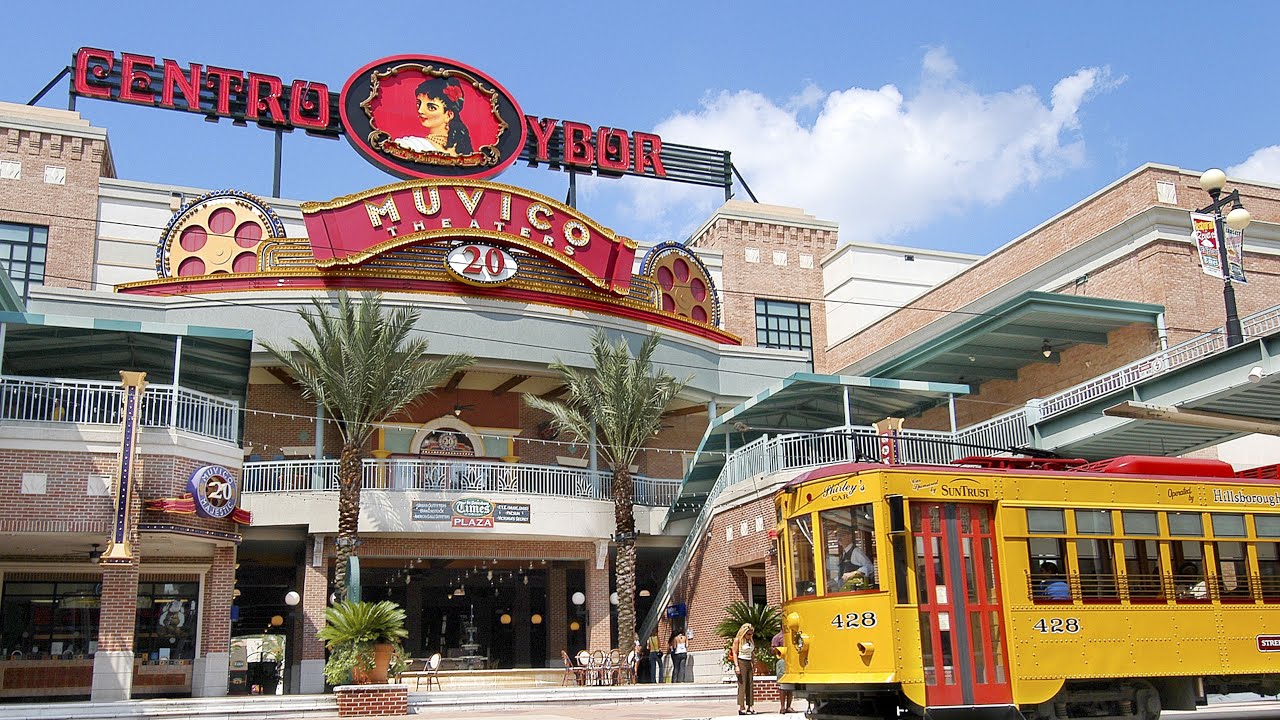 There are two sides to Tampa’s Ybor City, opposite as night and day.

After dark: a boisterous restaurant and nightclub scene, music pulsing from storefronts bars and restaurants, crowds building past midnight.

By day the pace slows. Daytime visitors glimpse the past: the culture, customs, architecture and languages of Spanish, Cuban, Italian and Eastern European immigrants who helped turn Tampa into the Cigar City a century ago.

“The truth is there’s a number of different Ybors,’’ says Joe Howden, an artist and Ybor City activist.

There’s the history side, the arts/design/creative side, the growing office and business presence, the nighttime entertainment carnival.

“This is also somebody’s neighborhood -- mine,” says Howden, pointing to recent population growth after decades of decline.

How to pair all these Ybors with a single craft beer? Old Elephant Foot fits the bills: Tampa Bay Brewing Company’s American IPA evokes various aspects of the neighborhood it has called home since 1995. The bar has distinct daytime and nighttime crowds, its craft beers reflect the creative side of the neighborhood, and its central location offers a good place to begin or end a history-minded walking tour of Ybor City.

Now located at the modern Centro Ybor, the brewery’s original location was the city’s former police stables that Teddy Roosevelt and his Rough Riders might well have used. Old Elephant Foot was a homebrew crafted by the Doble family when they owned a homebrew supply store. Through the shop and later the brewery, the Dobles helped build the foundation of today’s thriving craft beer scene around Tampa Bay, the epicenter of the Florida craft beer revolution.

TBBC is a production brewery with the soul of a brewpub. Fermenters loom over diners. The menu features dishes incorporating TBBC beer (featured on “Diners, Drive-ins and Dives”). Old Elephant Foot was a hop bomb (80 IBUs) before they gained wide popularity, with a medium body, made with Northern Brewer, Centennial and Cascade hops. The name is the product of an after-hours tasting session at the homebrew store.

“We were creating the recipe sheets and needed to create names for the beers we had home-brewed for years,” recalls head brewer Dave Doble. “As we were pondering the IPA, my brother Mark's rendition of an Old Elephant's Foot came up. He used the hollowed-out faux foot as a garbage can while attending college in England. The rest is history.”

It’s one of the brewery’s eight core beers (others include Iron Rat Imperial Stout, Red Eye Amber, Moose Killer Barleywine and Reef Donkey, an American Pale ale that won a bronze medal at the 2014 Great American Beer Festival). It was also the brewery’s first canned beer.

A short walk to the east from the brewery is the Ybor City State Museum, a good starting point to get an overview of the district. A gift shop is next door, and three beautifully restored shotgun houses for cigar workers. Across the street is Centennial Park, site of a weekly outdoor market.

A few blocks to the west of the brewery are some of the most significant sites in the historic district: The Cuban Club, El Pasaje, and The Don Vicente de Ybor Historic Inn, formerly the Gonzalez Clinic, where generations of Ybor City residents were born.

The massive brick Ybor Factory Building was the neighborhood’s first cigar factory (now owned by the Church of Scientology.) Across the street is tiny Jose Marti Park, where Cuban freedom fighter Jose Marti often stayed in a boarding house (long gone). The park is owned by the government of Cuba, and is billed as the only slice of free Cuba in the world.

Of course, there’s history around every corner, a story to every building, state historical markers everywhere. Even some Tampa beer history:  the Florida Brewing Company building founded in Ybor City  in 1897, the tallest building in Ybor City, now a law office.

Looking for something different? Ghost Party Haunted Tours invites you to explore the city's historic district after dark, a shiver-worthy adventure that’s close to a real paranormal ghost hunt, complete with the ghost hunting gear you see on TV.

After dark Ybor City boasts a boisterous restaurant and nightclub scene, with crowds building past midnight.

In front of the statue of Vicente Martinez-Ybor, a Spanish immigrant to the United States, became a noted industrialist and cigar manufacturer in Tampa, Florida.