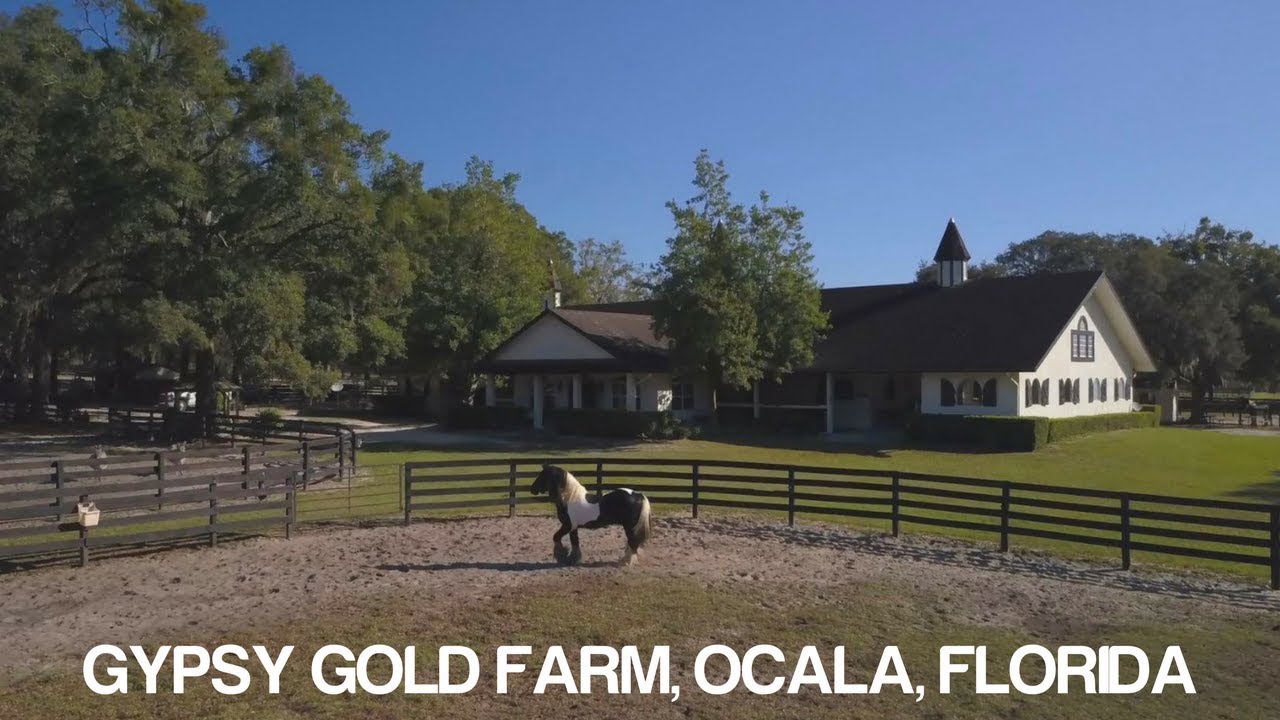 Gypsy Vanners in Florida, the Golden Retrievers of Horses

It’s a sight to delight every equine lover: A sturdy black-and-white spotted mare with a flowing Beyoncé-like mane and feathered legs cantering gracefully across a verdant field.

More than two decades ago on a trip to England, he and his late wife, Cindy, discovered the eye-catching steeds that historically pulled colorful gypsy caravans. With the blessing of the itinerant people who developed this athletic, versatile horse over the years by merging several lines together (among them: the Shire horse, the Clydesdale and Dale’s Pony) the Thompsons named the breed, started the registry and brought the first Gypsy Vanners to America in 1996.

They also established the Gypsy Vanner Horse Society to bring honor, recognition and a better understanding of one of the world’s most colorful and least understood societies, and of the horses they love.

From the original stallions first imported to the U.S. by the Thompsons – one named Cushti Bok, which is “good luck” in the language of the European gypsies, and Bill, who was given the more majestic name of Gypsy King – there are now some 5,000 registered Gypsy Vanners in America. Other clubs and registries have spread to Canada, New Zealand, Argentina and New Zealand.

This unique breed is built like a draft horse, but not as big. With its showy double mane and “feathers” from its hocks to the hooves, distinctive markings and docile disposition, the Gypsy Vanner has an almost mystical, fairy-tale quality to it. It is equally adept at pulling a carriage and taking a rider on a comfortable trail ride.

But its best quality, Thompson said, is its personality.

“Like a Golden Retriever with hooves,” he said. “They’ve got this sweet and extraordinary temperament. In the horse world, they stand out.”

When his wife died suddenly in 2002, it would have been easy for the depressed Thompson to let their dream die, too. Friends and fellow horse breeders rallied around him, giving him support and solace. But they also gently reminded him that he and Cindy had worked too hard to build a foundation for the breed. Its popularity was just taking off.

In time, Thompson was able to pick up the pieces and move forward. “It would have been a disservice to Cindy,” he recalled. “The adventure had just begun and she would have wanted me to see it through.”

The decision not to abandon the Gypsy Vanner vision paid off.

Today, Thompson runs the rolling and picturesque 40-acre farm, exactly one mile square, with girlfriend/partner Erin Mahoney. What makes it unique is that it is home to both a successful breeding program, producing baby Gypsy Vanners for future owners, and a popular agritourism business, opening its gates to curious visitors who want to see these horses up close and learn more about the culture for which they were named. They also get to meet the mammoth mules and macaws that live on the property.

On Wednesdays, Fridays and Saturdays at 10 a.m., Thompson leads a two-hour educational lecture peppered with humor and history, telling the colorful story of the gypsies, an often maligned group of vagabonds known as “the travelers.” He engages the audience and encourages questions about the nomadic Romany ethnic group that originated from the Northern Indian subcontinent.

Though they had always used carts and carriages to move from one place to the next in Europe, the gypsies in the British Isles built caravans with intricate carvings and decorated them with bright colors, artistry and flair.

After World War II, they began developing a suitable horse to pull their four-wheeled homes. The creature had to be strong, beautiful, easy to train and family friendly.

“What they wanted was an art form to pull an art form,” Thompson said.

Thompson is every bit as committed to gypsy culture as he is to his beloved horses. To embrace this horse, he said, is to embrace the often misunderstood people who created it. His respect and love for gypsies is evident in the stories he shares and all the artifacts he has on display at the farm.

“I love how he is preserving this culture and teaching about this incredible breed at the same time,” said retired schoolteacher Pat Conway of Thorsby, Ala. “Getting to know the whole story behind Gypsy Vanners was an unexpected delight.”