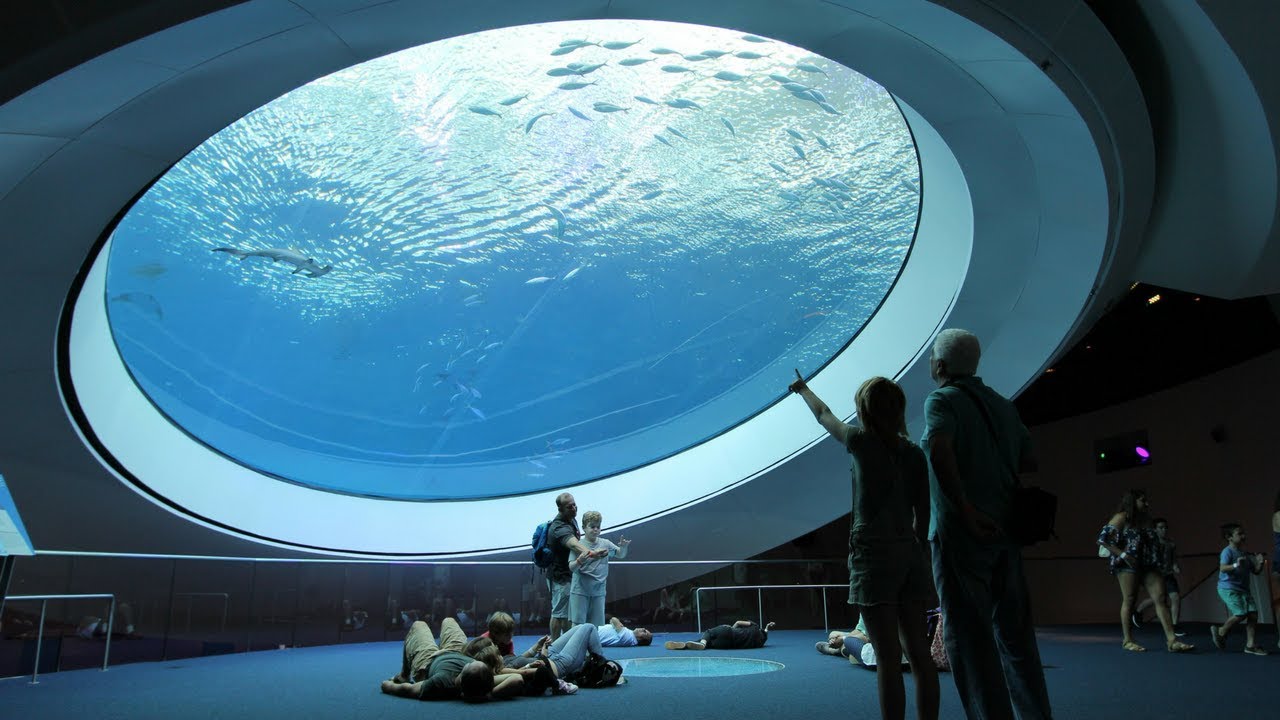 Frost Science Museum in Miami – A Discovery Around Every Corner

Giant solar panels loom overhead as you make your way to the Phillip and Patricia Frost Museum of Science, the latest addition to Miami’s ever-expanding Museum Park district.

They help to power The Frost’s four distinct buildings, 250,000 square feet in all, including an aquarium, a planetarium, learning laboratories and spaces for rotating exhibitions.

The museum provides various pathways of discovery as you wind your way through its white curving exterior, with Escher-like stairways and an exposed stack of elevators connecting six levels of scientific activity.

South Florida’s proximity to the Atlantic Ocean inspired the massive aquarium, affectionately known as the “martini glass,” a design in the round that serves as the museum’s central feature. The 500,000-gallon aquarium can be viewed from above, around its sides and even from below -- The Deep -- with a 30-foot wide Oculus lens.

The eye is immediately drawn to the swirling abyss that mimics the currents of the Gulf Stream, a river of surging water in the Atlantic Ocean that pushes northward from South Florida to the farthest reaches of the Eastern Seaboard.

Hammerhead Sharks, Mahi-Mahi and Devil Rays are just some of the residents, representing the hardy marine life that can actually survive this unforgiving environment.

At the top of this swirling cocktail lies the appropriately named Vista level, providing panoramic views of Miami’s downtown seaport and featuring some particular-to-Florida eco-systems.

The Everglades habitat is populated with wading birds, mangrove fish populations and the ever dependable alligator. At the touch tank, visitors can interact with Atlantic and Cownose stingrays as they splash water on unsuspecting patrons, much to everyone’s delight.

A digital playground provides opportunities for younger children, with interactive, touchable displays highlighting the bio-diversity of the River of Grass.

In fact, you won’t find “Do Not Touch” signs anywhere in this museum; visitors are highly encouraged to use their hands, and to interact with every exhibit through digital portals that can move and expand at a finger’s touch. Young and old can stomp their feet on the LED lighted dance floor in the MeLab and count their steps to learn more about personal health and social responsibility.

Feathers to the Stars is a permanent exhibit featuring the history of flight from the time of dinosaurs to modern rockets, and is highlighted by a busy launch pad for paper airplanes.

The museum continues to dedicate itself to new discoveries with active laboratories run by resident scientists, and even features a solar rooftop garden that rotates various crop experiments.

There’s something new to discover around every corner of the Frost Museum of Science.